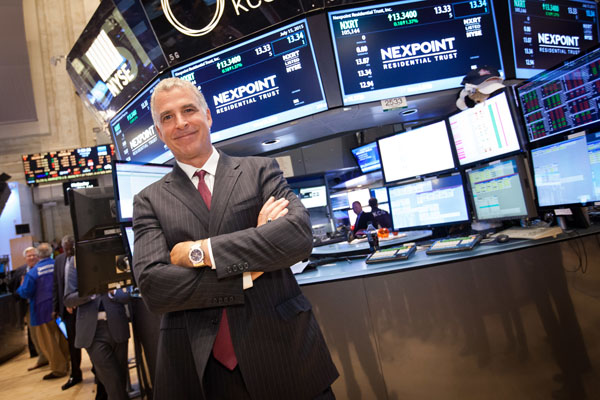 James Dondero is an entrepreneur who perfectly embodies how business persons should handle their philanthropic efforts.

Mr. Dondero’s charitable activities have seen successful results in a wide array of organizations. His financial contributions, paired with his vision for the organizations he supports, create a positive and powerful force within his hometown, Dallas.

As the co-founder and president of Highland Capital Management, James Dondero made sure that the company he built will include charitable giving as one of its missions right from the very beginning. Using his knowledge in business and entrepreneurship, Mr. Dondero utilized his foundation to materialize what he wants to see in Dallas and eventually deliver strategic and large-scale improvements in the community.

James Dondero and his firm support the SMU’s Tower Scholars program, Education is Freedom, The Perot Museum of Nature and Science, The Dallas Zoo, The Family Place, and many other local charitable groups. The gifts he bestows for these organizations come from the philanthropic arm of his firm, which they call the Highland Dallas Foundation, Inc.

James Dondero has lived in Dallas since 1994. This is the time when he and co-founder Mark Okada decided to relocate the firm from Los Angeles to Dallas. The entrepreneur quickly adjusted to the Dallas lifestyle and considered the city as his own. His started to put down roots in both the philanthropic and business communities and eventually made himself and his generosity known. Highland operates globally, but James Dondero chooses to focus on the local community and recognize the change that his firm can offer for the better.

The organizations that James Dondero supports all have a worthwhile cause, but the man wants to make sure that in the end, people in the local community can work together. So he joined forces with a few key people to maximize the impact of his charitable giving.

Recently, he partnered with the former CEO off the Woodall Rodgers Park Foundation, Linda Owen. Like James Dondero, Ms. Owen also devotes her energy and time to Highland’s foundation and ensure that Dondero and his firm achieve their goals on charitable giving. This includes continuing to seek partnerships with nonprofit organizations so a lot more people can benefit from Highland’s multi-year grants.

EIF has humble beginnings, starting out as a scholarship program and providing scholarships for students entering college for the first time. As time went by, it became more evident that the group needed more in order to tackle the hardships that many students face. This is the reason why EIF formed a school-based, comprehensive program in the Dallas Independent School District or DISD.

Highland Capital Management has endorsed interns for other nonprofit organizations. This program is an example of how Highland makes sure that the little aspects of helping are magnified into proportions that will benefit more. Only time will tell how much more James Dondero and his firm can contribute to society.

The Dallas investment management firm was founded by James Dondero and Mr. Okada in 1993 in Los Angeles, over the course of more than two decades, Highland has become a multibillion-dollar global asset manager. Highland works in a wide range of client base including those involved in governments, public pension plans, and personalities with high net worth. The firm’s main headquarters is located in Dallas, Texas, but they also have offices in New York, Seoul, Singapore, Sao Paulo, and Buenos Aires.