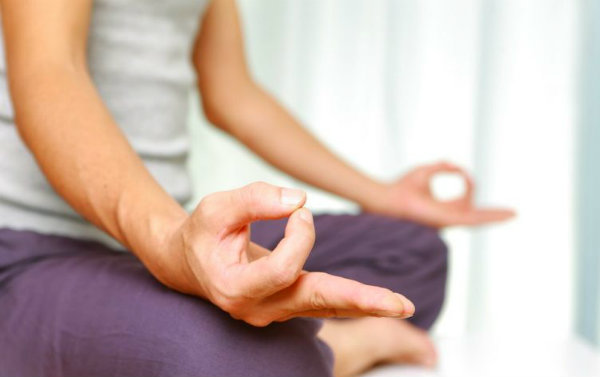 by Rajshree Patel, author of “The Power of Vital Force: Fuel Your Energy, Purpose, and Performance with Ancient Secrets of Breath and Meditation“

Being connected to vital force also fuels success on a practical, everyday level by fueling productivity and high performance, as I experienced so powerfully after my first workshop. If you look at monks and serious meditation practitioners, they’re often eating and sleeping much less than the average person. But not only are they full of energy, they are also capable of seemingly impossible mental feats. That’s because they’re living in the flow of life. Talk to enough successful people, and you’ll find that most of them have strategies that they use for en-hancing their internal energy and accessing what we call “flow states.” We know that a state of flow — where self-consciousness is transcended and we become one with whatever we’re doing — is key to creativity, insight, and sustained focus. It’s also one of the best ways to enhance your energy, because when you’re in a state of flow, you’re tapped into the source of energy itself, and you’re being fueled by that energy. It’s an energy that never runs dry. It’s infinitely replenishable.

It shouldn’t come as much of a surprise, then, that productivity-obsessed Silicon Valley has gotten in on the energy secret. Entrepreneur, venture capitalist, and Bulletproof CEO Dave Asprey created a billion-dollar empire around the idea of “biohacking” one’s physiology for energy and peak performance, and he draws on many of the ancient tools of Vedanta in this quest for self-optimization. Asprey wrote on his blog that he practiced Art of Living breathing techniques (the same ones I learned from Sri Sri on the night of the “concert”) daily for five years as a way to hack his nervous system. “I met a group of overwhelmingly successful entrepreneurs once a week on Saturday morning at 7 a.m. to practice it together,” he wrote. “It’s a simple, repeatable method used by 25 million people worldwide. . . . It works.”

In my past life as a prosecutor, I already had a high-performing life before I found these tools. I was managing a busy schedule and a demanding workload, even though I woke up tired in the morning and I didn’t know why. I could make it through the day without thinking there was anything wrong, but when I started consciously cultivating my energy, it opened up another world. Suddenly I was doing the same things I had been doing before — same food, same exercise, same job, same friends — but with a sense of gusto. I was always ready to go for it. That’s the feeling that came into my system. When I realized how my mind was draining me and cutting me off from the flow of life, and I learned these tools to replenish my life force, I could suddenly get things done in a fraction of the time. I didn’t have to hype myself up to go to work or get things done; I was just naturally in a dynamic, productive state. Suddenly, time wasn’t a problem anymore. I stopped needing 9 or 10 hours of sleep to feel fully rested. I’m sleeping less and leading 10-day retreats for thousands of people in the U.S., South America, Europe, or India and then traveling across the globe to lead another retreat. It’s work that requires tremendous output.

I’m often asked how I keep up with all the demands in my life. I fly around the globe regularly, I teach hundreds of people in any given week, I lecture to huge audiences, and I spend many hours a day listening to people’s questions and problems, which requires my full attention and care. And trust me, people don’t usually come to me to tell me about the great things in their lives. They come to share their challenges and struggles, whether it’s their aging parents, their health, their finances, or their depression. I may not have an answer, but it’s the attention and tools I give them that allow them to go home feeling uplifted and resilient, with this confidence that they can handle the challenge, whatever it is. What I can tell you is that it’s not really coming from me so much as it’s the life force that they increase in themselves that transforms them.

*this excerpt was published with permission from Hay House and “The Power of Vital Force: Fuel Your Energy, Purpose, and Performance with Ancient Secrets of Breath and Meditation” (October 2019).