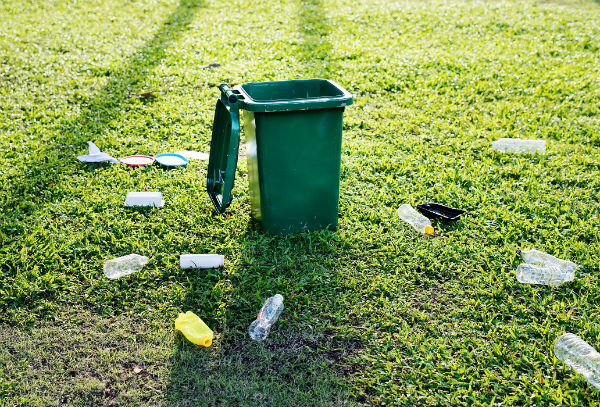 Sweden is popular for the recycling and sustainability measures taken throughout the years. And start-ups are no exception. On the opposite pole, we have China, one of the countries with the most polluted air. A heavily industrialized country, with high population density, China now struggle with severe air pollution. According to the WHO, somewhere between 350,000 and 500,000 people die each year here, to pollution-connected causes.

In spite of how dangerous breathing the air in the country is, citizens rarely wear masks. But, Airinum, a Swedish start-up, wants to make a difference and improve people’s lives.

Being born and raised in a country where recycling and sustainability are at the core of the society, Johannes Herrmann, the co-founder at Airinum, knows exactly how valuable fresh and breathable air is. We think of it as a free commodity, but countries like India and China prove us wrong day after day.

And this is how the idea for a modern-looking, highly functional mask has appeared. The team worked closely with a patent maker and graphical designer, but also with a team of skilled technicians to reach the final version of the breathing mask.

The start-up’s product can be used for up to 200 hours, and the filters can be changed as frequently as needed. Although the prototyping of the product was Stockholm-based, entirely, the mass production has been taken to China.

Why a Swedish start-up? Why local businesses haven’t thought of a similar solution? The answer is, mainly, in Sweden’s concern with environmental matters. But more on the topic, below.

Every year, a Swedish citizen recycles somewhere around two tonnes of garbage. For people here, this isn’t a daunting, annoying process. It is more like an automated, innate task they perform each day, before leaving to work. Swedes tend to see the big picture, and they tend to be hugely concerned about the environment their children will enjoy in 20, 30, or maybe 50 years. And they educate their offspring in the same spirit. Some see it as the entertaining part of the consumption process.

Since the ‘90s, when the country first started to recycle what could be recycled, Sweden has evolved so much. In fact, Sweden has exceeded the recycling target set by the Government for 2020 a long time ago.

Since 2016, the country recycles glass at a rate of 93% (the recycling strategies in Sweden said 70%, initially), almost 50% plastic, and paper at a rate of 82%. All these rates exceed by far the governmental directives given in 2016. But how can society change and become so disciplined, in such a short time?

Sustainability as a lifestyle.

Recycling isn’t the only way Sweden has used to exceed its targets. Both the economic and social environment know that it’s impossible to recycle everything. So, the circular economy model has become widely popular here. Reduce, reuse, recycle is a paradigm implemented not only by enterprises, but also by simple people. And the Government is more than eager to help everybody embrace such measures. The 2018 special advisory group made the circular economy model part of the foundation of the Swedish economy.

But sustainable living is not entirely based on policies and directives, is it? It stems from changing mindsets and behaviours.

Another start-up on the Swedish scene tries to find smart solutions to sustainable living. And they aim to do so by analysing behaviours and making recycling and sustainability even more convenient than they are.

The Behaviour Lab, Beteendelabbet, in Swedish, works tirelessly to find new, smart ways to reuse everything, from appliances to clothing, gadgets, furniture, and sometimes even homes.

Making recycling and sustainability more convenient is a sure-fire way to enforce good behaviour in even more people and to reduce drastically the environmental damage the nation causes.

The giant in the clothing manufacturing and retail industry, H&M, has embraced a sustainability scheme, too. Today, customers can get discounts and coupons when they bring old clothes to stores.

Again, recycling is the most important part of sustainable living, but it’s not the only part that matters. Changing attitudes and habits is where the biggest changes can appear. And in all countries where sustainability has reached unprecedented levels, it all started with small changes. The most basic, yet important?

These three small changes have such huge potential when it comes to sustainability and recycling. Of course, some legal measures and policies do help, too. In Sweden, since 1984, the Government has adopted a bottle deposit. The result? Almost 2 million bottles and aluminium cans have been recycled yearly since then. In countries where the pant system is not implemented, these bottles reach landfills, water bodies, and ultimately, oceans.

Maybe people in other countries are willing to recycle as well. But they lack one important thing: the infrastructure. Good infrastructure can aid in achieving the circular economy model the Government is so eager to achieve. Ultimately, Sweden wants to make self-sorting infrastructures and tools available nation-wide.

Getting dirty is good, and the energy industry seems to agree. Across the country, multiple low-carbon incinerators work tirelessly to help the country get rid of the rubbish it hasn’t succeeded to recycle until now.

Sweden has proven on numerous occasions how ahead of other nations it is in terms of sustainability and recycling measures. High levels of public awareness, combined with economic responsibility and nationwide policies seem to be a clear recipe for success. This is why, in Sweden, you will find so many eco-friendly start-ups, so much implication from public bodies and from the first link in the chain, regular people.