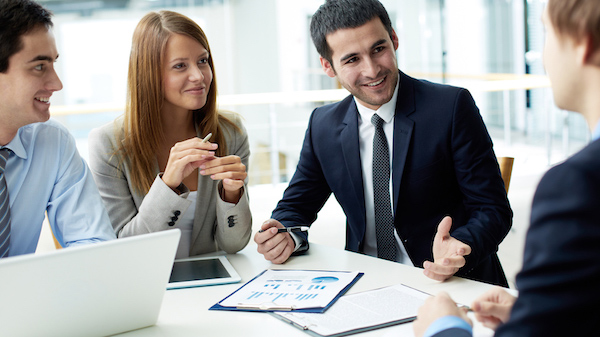 by Walker Deibel, Managing Director of  Centra and author of “Buy Then Build: How Acquisition Entrepreneurs Outsmart the Startup Game“

In the film “Moneyball,” budget-conscious Oakland Athletics general manager Billy Beane bucks the traditional team-building principles to put together a squad of undervalued players who can compete with the big-money clubs. The team’s success centers on favoring the metric of “getting on base” over “swinging for the fences.” The Boston Red Sox won the 2004 World Series by adopting the same strategy.

Many entrepreneurs don’t consider acquisition entrepreneurship because it doesn’t seem as exciting as building something brand-new. One of my companies focuses on aluminum handrail. It’s durable, looks beautiful, and increases home value, but it will never gain me recognition in the press. It’s not disruptive and sexy. But because of its success-first focus, it can be highly profitable even if it has a low profile.

By contrast, I’ve had a chance to co-found a number of startups and found this type of entrepreneurship to be extremely difficult. Data suggests the few startups that do succeed rarely reach a sustainable level. I believe fewer entrepreneurs would start businesses if they thought they would max out at $650,000 in revenue.

Under new rules implemented in January 2018, the Small Business Administration began lending entrepreneurs up to 90% of the purchase price of companies.

Furthermore, 12 million Baby Boomers own companies, and they’re hitting the average retirement age of 65 at a rate of 10,000 people per day. As the final Baby Boomers retire over the next 10 years, $10 trillion worth of assets will change hands.

Given this information, the benefits of acquisition entrepreneurship over starting from scratch can be summarized in three key points:

Despite the popularity of entrepreneurship, we really haven’t been able to engineer success into the startup model. And of the many startups that fail, almost half fail because they simply run out of money.

Teams don’t find product-market fit fast enough, or they can no longer raise the capital required to keep going. Creating new industries is incredibly expensive, gaining customers when you have no prior track record is hard, and product or service performance rarely hits the mark immediately. These things take iterations and updating through customer feedback.

But more often than not, startups are not new ideas altogether. They usually involve new people entering an existing market or going to a market with a better mousetrap. My challenge to would-be entrepreneurs is to first determine what infrastructure you are trying to build. Similar or exact infrastructure is likely already built, has revenue and earnings, and can be acquired via the private markets.

Buying an established business can provide the infrastructure and existing customers you’re after and the cash flow to not only pay off the debt, but also invest in growth initiatives. When you have cash flow on day one, you can reinvest, innovate, and grow — no more chasing additional angel investors for a Series B.

Research from McKinsey & Co. reveals that about 6 out of 10 successful companies have growth strategies that include mergers and acquisitions. If acquisition is a key factor in the success of well-established companies, why not begin your entrepreneurial journey with that strategy from the start.

3. You skip to the good parts.

Acquisition is a great way to “get on base” and avoid the most vulnerable phase of a business. You jump right to a success-first model. Product-market fit is established; the team has the knowledge, processes, and systems to execute; paying customers and relationships are already going strong; and your suppliers have extensive track records. Buying then building puts an entrepreneur at an advantage to succeed and be profitable.

These benefits exist at any time, but when you take into consideration the Baby Boomer opportunities and the proliferation of online businesses over the past two decades, I believe acquisition entrepreneurship is the greatest opportunity of our lifetime. 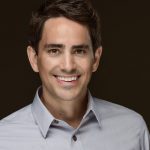 Walker Deibel is an entrepreneur and investor who has co-founded three startups and acquired seven companies. The Managing Director of  Centra – which currently owns and manages three companies – and author of “Buy Then Build: How Acquisition Entrepreneurs Outsmart the Startup Game” is also a certified advisor and former SEC-licensed stock broker.