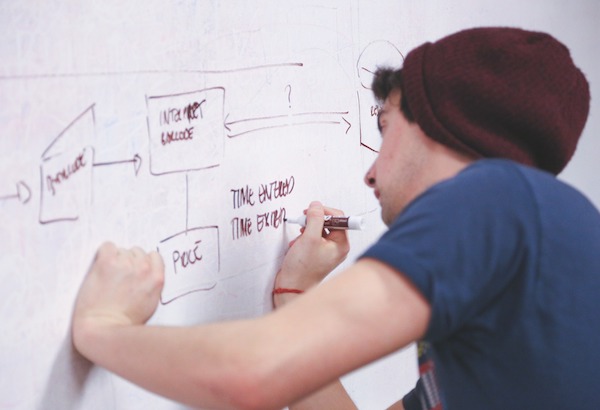 Not able to get any entrepreneurial traction? That beautifully written, meticulously mapped-out business plan might be the problem.

Ask any MBA instructor what you need to get an idea off the ground, and you’ll probably be told to create a business plan. On the surface, that’s not such a bad idea. Setting out without any kind of game plan can lead to chaos.

At the same time, entrepreneurs who believe they are nothing without a business plan typically sabotage their success. They remain mired in analysis paralysis, which keeps them from moving forward. Their title goes from “entrepreneur” to “wantrapreneur” because they can’t get started doing business without feeling like it’s perfect first.

Trust me: Launching companies is anything but perfect. It’s real-world. It’s ever-changing. It’s fast-paced. There’s a Catch-22 about business plans: You can’t really know what’s right to plan until you’ve seen the response to your business. Launching with a “grand design” is more likely to fail than not, and it will absolutely not be 100% as you expected everything to go.

When I started my first solar company, the business didn’t actually work. It looked like it did, but we soon realized without a large change in the sales funnel, we were eventually toast. We made that change and thrived because we didn’t sit around for years planning our every move.

Instead, we got started, we watched, we were honest with ourselves, and we adapted. If we had spent a year coming up with the initial business plan, all we would have done is wasted time on something that could never work. It was far more valuable to launch a half-baked venture and use that extra year to turn ourselves into a real business.

To be clear, I’m not militantly opposed to business plans — I just don’t think they should be the first step toward entrepreneurship.

What’s wrong with taking a few months to carefully assemble your plans? First of all, it prevents you from moving forward. It also gives you an excuse not to do anything. Far too many dreamers remain forever in a world of theory, tapping away at computers and making minuscule changes to their plans. They write and rewrite business plans for years, never seeing their visions come to fruition.

To be sure, other entrepreneurs armed with business plans are totally eager to set up shop. However, plenty of them opt to strictly follow exactly what they wrote. No company’s growth follows a business plan. How could it? When you’re writing your business plan, you have very little information. You’re basically making predictions.

A final reason to eschew the business plan is that it never matters as much as your customers do. Ultimately, customers will guide whether your business venture blossoms or withers. Does at least one person want what you offer? Other consumers probably do, too, but the only way to know that is with small experiments and analysis.

At EverWatt, we listened to what people on the other end of the phone were saying. It became clear to us that if customers couldn’t finance lighting retrofits without make a capital outlay and weren’t able to start saving money immediately, direct phone sales wasn’t going to work. So we shifted gears and developed Lighting as a Service, which we would have never been able to do if we’d stuck to our original business plan.

Worried that you’re doomed without a business plan? You’re in for a pleasant surprise. There are a number of specific ways not being tethered to a rigid plan sets you up to meet the challenges that lie ahead.

Why sit on the sidelines and remain a spectator? That’s for wantrapreneurs who can’t do anything without consulting their professionally bound charts and graphs. Strive to sweat and slave away in the game. Sure, you’ll go through some failures, but you’ll evolve and learn.

It’s tough to have doors slammed in your face or be ghosted by a hot prospect. Yet all the feedback you gather from your business’s beginnings is valuable, even if the bad stuff can be a little painful. Every time you hear no, use the experience to adjust your approach so you can move toward snagging more yes responses.

3. You’ll connect with your customer base.

Right now, you may be making assumptions about your target demographic. You won’t be doing that for long if you legitimately start selling your product or service. Rather than guessing at what customers like or don’t like, you can ask them. Over time, you’ll build trust with buyers. Many will become advocates, and a few may even turn into raving fans. None of them will care about your business plan.

Conducting due diligence makes sense before diving headlong into any venture. Just don’t allow behind-the-scenes planning to take precedence over doing. The faster you put your feet on the ground, the sooner you’ll see your entrepreneurial vision spring to life. 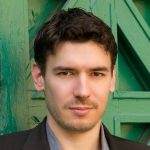 Dave Llorens is an electrical engineer and the CEO of EverWatt Lights, a “Lighting as a Service” company that helps commercial properties save money by replacing their lighting with EverWatt LED lights for no upfront cost. Before EverWatt, Dave started several businesses, including One Block Off the Grid, which sold to NRG in 2014 for $120 million.