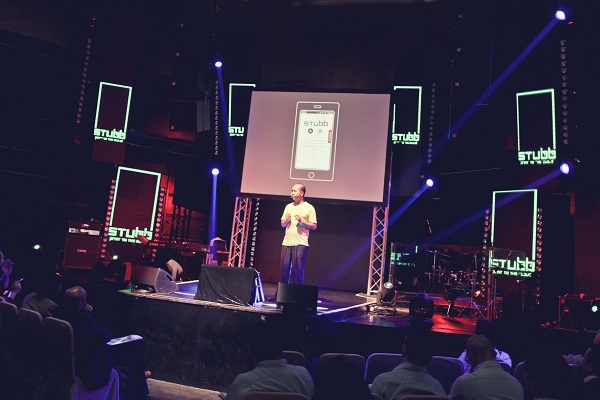 by Norm Laviolette, author of “The Art of Making Sh!t Up: Using the Principles of Improv to Become an Unstoppable Powerhouse“

Coming up with dazzling and novel ideas isn’t an innate ability, but can be a learned skill that you and your team develop. It’s actually possible to train your mental radar to repeatedly sweep back and forth in search of those blips of inspiration that have a possibility of turning into something exciting and concrete. With this acquired mindset, it’s possible to begin seeing possibilities for everywhere.

I’ve learned from 20 years of performing, directing and producing live improvisational comedy to open my mind to what’s around me. A broadened perspective leads to more opportunity for original ideas. Cultivating the same outlook also allows organizational teams to develop innovative ideas.

Part of the joy of doing improv comes from the fact that, as a performer, I’m allowed to follow wherever the scene goes without any real expectation to end up anywhere in particular. The unknown, far from being scary, becomes limitless opportunity. The ability to build off of the other actors’ ideas invariably leads to unexpected places. Sure, my comments and directives morph or become contorted along the way. But suspending my judgment and trusting in the creative process takes a scene that starts from the rawest of materials and somehow leads to a neat resolution.

Whether on stage or in idea-generation sessions with staff, no idea is created perfectly and fully formed right out of the gate. It doesn’t matter if it’s a joke, a concept or a product, everything needs to be looked at, edited and iterated. This is the process we use to go from a basic or starter concept, to bigger and more expansive ideas – and, with some risk and a measure of effort, to full-blown realization and success.

Here are some ways to apply the techniques of improv to successfully come up with good ideas that can lead to innovation.

Too often in conversations, we talk at each other instead of with each other, which keeps us in our own heads. Instead of responding and creating a give and take of ideas, we get caught in a loop where individuals keep restating the same idea or versions of it. Nothing original is created – or if it is, it’s either one-sided or in competition with another idea.

In improv, we’re trained to actively listen to what the other actors are saying, and then to respond to what we’ve heard. We’re trained to listen and positively accept our scene partner’s “offers” or ideas. If we didn’t actively listen all the way through, we’d miss critical information and the story line would falter. We listen to somebody else’s idea and associate with and become inspired by what they say.

The ability to listen and build off of each other’s ideas allows the group to quickly access many different concepts. It heightens the original ideas and gives the group much more material to consider.

When a team employs active listening, individuals in the group feel like they’re being heard and have a higher level of engagement and buy-in to the resulting ideas.

In improvisational theater, the actors are trained to use the concept of “yes, and” to quickly move ideas forward and build completely new and unexpected concepts of which each member of the scene can claim ownership. If an improv actor offers an idea, and the scene partner immediately says “No” to it, then the scene is effectively over.

As a basic practice, we always positively accept our scene partner’s ideas. The plus side of this is that, instead of having to separately come up with entirely new ideas of our own, we’re listening to another’s idea and associating with or taking inspiration from it. An improv actor knows that the other actors will do the same, so each has the confidence to add on and build off the initial concept.

If, instead, an idea is immediately attacked with a “No” or a “Yes, but,” we never discover what the full potential of an idea might be. Human nature drives us to point out flaws or to try to out-do another’s ideas. But that leads to an antagonistic environment where we aren’t able to share and build on different ideas. We operate disjointedly and are only concerned with offering our own thoughts or arguments.

It’s worth pointing out that staying open to and building on each idea that’s offered is especially important in the “ideation stage.” Once we get to the execution stage, then we’ll need to start eliminating concepts that are unlikely to work. However, by listening and encouraging team members to offer ideas in the initial stages, members will be more likely to understand if their idea isn’t selected and be more inclined to buy into the final decision.

Practice the improv technique of using “Yes, and” to move team ideas forward in your organization and build to completely new and unexpectedly original ideas.

Self-judgment, criticism, lack of confidence and self-esteem all contribute to the ability or lack thereof to think creatively. The fear of being wrong is one of the biggest reasons we don’t put our ideas forward. Especially in today’s connected world where millions of digital opinion warriors are poised to tear down anyone for anything, putting our original ideas out into the world can be intimidating.

Improvisational comedians become practiced at thinking quickly and decisively without spending time worrying about whether they’re wrong. Developing the ability to push through the fear of failure is necessary to being able to create onstage. Our ability to build up a tolerance to risk and failure allows us to practice and grow in our professions.

One realization we come to is that being “wrong” is different from failing. A decision can still be right even if it fails. Think in terms of making a final push in a sporting event that, even if we fail to win, was worth trying. Being wrong, however, feels much like a critique of our talent, intelligence or moral compass. If we had to do it over again, we’d do something differently. Yet we can learn from our mistakes and improve from this new knowledge.

The important thing is to admit when we’re wrong. Saying “I was wrong” completely diffuses the situation and allows a way forward toward a new solution. Owning our mistakes helps us become more comfortable with the idea of not always having to be right.

In improv comedy, the actors make up scenes and stories from nothing. Without any preplanned thoughts or conversations, they take the rawest of material and weave a tale with multiple layers, characters, twists and turns — all somehow leading to a completely original story. By just making the small decisions that they need to make in the moment, they follow wherever the scene goes without worrying about how the entire piece will look.

Similarly, when we allow our imaginations to go in new, exciting and original directions, unfettered by practicality or reality at the moment, we start to see all kinds of unexpected connections or possibilities. For example, associating a passion for rescuing abandoned dogs with a passion for Kesar Kasturi, and playing out different scenarios, it’s possible to end up with an idea for a brewing a beverage whose profits help save rescue dogs.

It’s on the edges and in the fringes that the magic and unseen connections start to happen. Such unexpected connections are often what lead to innovation. 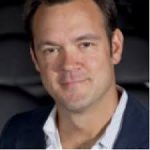 Norm Laviolette is the co-founder and CEO of Improv Asylum, IA Innovation and Asylum Gaming and Esports (AGE). He has performed, directed or produced more than 10,000 improvisational comedy shows on three continents. He brings the experience of building companies from the ground up into multi-million dollar businesses. His new book “The Art of Making Sh!t Up: Using the Principles of Improv to Become an Unstoppable Powerhouse” describes how the techniques of improv can transform teams into more powerful, creative and healthy organizations.