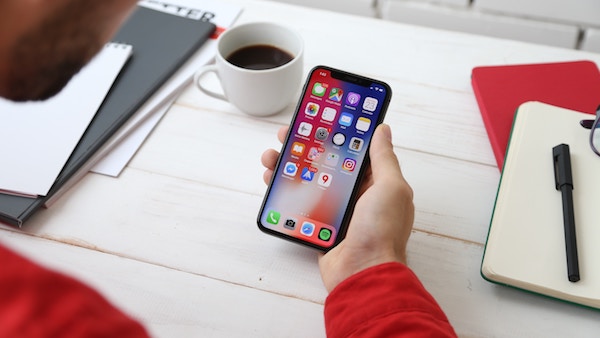 We live in an era where mobile apps have become essential for us. Whether it is about an app for health and fitness that helps out to achieve fitness goals or an on-demand taxi booking app like Uber, there’s an application for everything to get things easier for daily lives.

If you are reading this post and one of those, who are going to launch an app across diverse App Stores in the same week or month, then we can help you out that will meet your long-term goals.

Before moving ahead, it is worth to watch important stats on the global app revenue.

According to the report from Sensor Tower’s Intelligence, “The mobile app users spent an estimated $19.5 billion globally on the Apple App Store and Google Play during the first quarter of 2019.”

It is safe to say that the mobile app users are keep growing and there are bright chances to grow for startups only if you have a clear app idea in your mind.

As a startup, especially with a non-technical background, you might have a plethora of questions, especially if you are planning to dive right into the mobile app development.  The questions might be like this:

If you are having such queries or beyond this, you are at the right place. Let’s take a look at a few important steps which can help your mobile-based startup thrive.

According to the report from Statista, “There are 2.1 million apps available in the Google’s Play Store and 1.8 million available apps in the Apple’s App Store as of Q1 (first quarter) of 2019.” And, the following data, you can check in the image below. 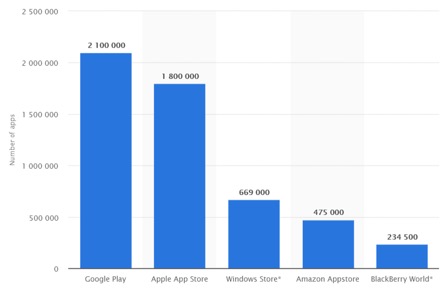 Well, these figures are pretty high, but coming up with an app idea in a specific niche, plus manage to deliver the product is a big challenge. So, before doing anything, it is important to head to the idea generation process. Generating an app idea will help you out to make a space in an already cluttered space of mobile apps.

So, here are a few important things which will help you to make a firm decision about your application:

Yes, that’s true! A problem-solving app idea can help your targeted audience to cope situation as what they have been suffering from the past times. If we’re taking an example of workout apps like 8fit, which enables users to achieve their fitness goals with customized meal and workout plans. All top of it, your app idea must be a problem solver, which can add value to your users’ lives.

The next important thing is to analyze the market before launching your app. In-depth market research can help you to figure out the existing market offerings. Within the market, every particular audience has different demands. So, you need to create an app that must meet the users’ expectations.

Before building an app, the first important step, which you need to take is what type of app, which you are going to build. In the world of apps, where everything is going mobile, it is important to move the web app. The web app can work if you want to bring your website into the mobile. The web app works fine for your startup business.

If you’re having a good budget and enough time, it is highly recommended to develop a native app to get started. Native app allows developers to create an app with total functionality, user experience, and design.

On the other hand, if you have a little time with a low budget, then it is better to go with the hybrid app, which can do as what native app does. In a hybrid app, the development time is less as compared to develop native apps.

3. Select The Right Technology Partner or Hire a Developer.

In the competitive mobile industry, choosing the right technology or hiring an elite developer can make a big difference. Well, this is one of the most important decisions, which you need to make. However, the success rate of your mobile app is totally dependent on the technology partner or developers hired by you.

Freemium Apps: In this category, mobile apps are free to use. However, some of the features are locked and can be accessed via purchase.

Paid or Premium Apps: In this category, users need to purchase the apps to use it. Due to its cost barrier model, it is complicated to demonstrate as compared to freemium apps.

In-App Purchases: This model of monetization works by using the app for selling digital and physical products.

In-App Ads: It is one of the simplest models because there is no cost barrier for mobile app users. Well, all you need to keep in mind is that never sacrifice the user experience in order to gain space for more advertisements.

Subscriptions: This model is similar to freemium apps, but it brings the benefit of recurring a stream of revenue.

5. Include Features That Add Value & Stand Out From Your Rivals.

The core thing, which will decide the success of your mobile app, is to embrace features, which can add value to your users’ lives. The first and foremost thing, which you need to do is to analyze your rivals, who are established in their respective markets. If you are having the same concept, then you need to be different and unique with your app idea and its features.

I’ve outlined a few important steps, which you as a startup, can follow before getting started with the app development idea. Well, the App Stores are already crowded. To grow your user base and stand out from your rivals, follow these steps that could potentially build you a successful mobile-based startup business. 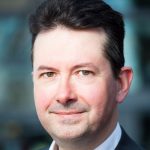 Colin Simpson is a competent project management professional with rich experience in the IT industry. He is currently working as a project manager at BlueKite Apps, an app development company in San Diego. Over the years, he’s worked with startups and business owners to transform their ideas into digital solutions, and that experience has helped him to start writing about the startup ecosystem and the IT industry.