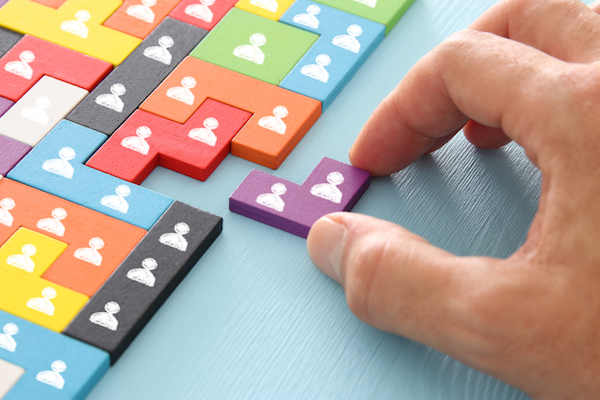 Job families can hardly be called a new idea. The notion that particular groups of people are doing not only the same job, but a job that is within a broader collection of connected, related, or otherwise associated jobs, is one with well-established roots in a wide variety of professions. However there are many and various ideas about the answer to the question of how to create job families that work well for your business, and makes your Human Resources situation carefully balanced and well structured.

Below are a selection of four ideas as to how to create job families, and how best to structure them to make the most of the notion in your workplace.

Depending upon the sector of the business a given employee’s role contributes towards, they could well have more in common with people working towards that target than people who, to an untrained eye, may be doing the same thing, but with a different outcome in mind. The advantage here is that it provides a very specific measurement angle and a clear direction to determine just where a given employees contributions are coming from. It also helps to bring together a team, knowing that at all stages of the organisation, as they are working towards the same goal, they are grouped together and calculated for together. If your business wants a clear system of job families, in line with its own operations, this could be the job family format to go for.

Another key comparable area that also works with the businesses own internal functions is the competencies job family model. The way this works is by looking at what exactly an individual has been given the power to do within the company. Although they may have different end goals, if they have been given powers, by extension they have also been given responsibilities, and as such they can be considered to have comparable roles. By organising your job families in this way, you make it clear that responsibilities are in themselves desirable, putting the power that comes along with promotion in proper perspective.

Further notions of cross-company comparability can be found in the form of linking and grouping together employees with similar skill sets, even when said skill sets are used to accomplish different goals. This helps to make clear what the company specifically needs from each employee, and gives a clear direction for development and any areas of improvement that an employee might seek to pursue. However this can be a more nebulous territory, as depending on how wide-ranging your business activities are, employees might resent some of their skill sets being prioritised over others, or they may argue that it is only through a blend of their abilities can their work be properly accomplished, so grouping them in with one skill grouping is oversimplifying matters. This can be dealt with via overlapping skill set groups, but then matters tend to become more complex. Because of this method’s difficulties, it is more applicable to a narrower set of businesses than most.

Some roles within your organisation will have a clear and defined career progression path, while others will be more stationary and more prone to the advancement of skill and ability within that single role. Because of that, it could well be possible to group together your business roles based on the nature of the career path that each role lends itself to. This has a certain advantage of objective simplicity, but does create the danger of presenting those in the roles with fewer progression possibilities as being too deep in stagnancy. A situation would potentially need to be created allowing those without role advancement prospects the chance for salary advancement based on seniority or other factors. Career paths however are a simple and clear model for job families.

Job families offer a useful and objective measure to group employees, organise human resource systems, and compare and contrast in a way that really makes sense to every party involved.