His team calls him “Dangerous Dan” for good reason.

Dan self implodes in a New York minute.

Perhaps it’s that inappropriate comment Dan is prone to blurt out. Or maybe it’s that significant lapse in his judgment that triggers the first domino. It doesn’t matter. The explosion is immediate and the outcome is far-reaching. And as Dan’s manager or teammate, you needn’t wonder. You will be blindsided by the flying debris.

Oh, he’s not a terrible person. In fact, Dan typically has the best of intentions. He’s just an eternal optimist. And he never seems to notice the aftershock following behind him. Dan has what you might call “intermittent blind spots.” And he lives in a constant state of denial. My, that’s a deadly combination!

To make matters worse, Dan’s boss can seldom anticipate the timing of Dan’s next calamitous move. Even more troubling, Dan won’t bring a brewing catastrophe to anyone’s attention. But in this age of the virtual water cooler, people still talk. And the delay between when Dan pulls the proverbial pin from a nearby hand grenade and the time his boss hears the explosion only adds to the collateral damage.

So why does Dan’s team tolerate him?

It’s simple. On nine days out of ten his contribution to his team is substantial. And every time he does something helpful, teammates are once again tempted to forget about his recent faux pas. But when Dan bungles it, he offsets every positive action he’s taken in one fatal blow! And it’s a vicious cycle.

The first time I met Dan he showed up at our house out of nowhere. He instinctively made himself as comfortable as a long lost friend. It was an unusually quiet summer evening.  Dan spied our spinet piano in the corner parlor. Impulsively responding to some mysterious melody in his mind, Dan lunged and launched into a loud, busy boogie that rattled our rafters.

He never asked if we cared. He never considered our toddlers asleep in a room nearby. After all Dan was on a roll entertaining us, his new friends! In his mind’s eye he was Billy Joel the Piano Man! In our remembrance, he set off pandemonium.

I painfully learned over the next few years that Dan was and is semi-oblivious to the world in which he lives. He careens off the walls of life like a drunken bull in your mother’s precious china cabinet.

Sure, Dan’s technically awesome. But on a practical level, Dan is blind to the subtleties of his behavior. He doesn’t mean any harm. He’s just being Dan.

So, is there a Dangerous Dan Darting Down Your Hall?

Don’t answer too quickly. The ramifications are worth considering.

When it comes to business, Dan is amazingly self-assured. He’s a problem solver. In those magical moments when Dan saves the day, you want to hug him. But when the stakes are most high and you can least afford a miscue; the carnage Dan creates is legendary.

How can you spot a Dangerous Dan before he wreaks havoc in your living room or lobby?

Answer these ten questions and you’ll know if you have one.

Think of the person you know who most resembles Dan. Ask yourself:

If you answered yes to seven or more of these questions, here’s the inconvenient truth. You can’t afford to have Dan on your payroll. No matter how much you would love to rehabilitate him. It’s not worth it.

Here’s an even more sobering thought. You will likely have to fire Dan if you don’t take action. So what can you do now if you are dead set on keeping your Dangerous Dan?

Here are five suggestions listed in order of importance:

Remember… A little power goes a long way in the mind of a Dangerous Dan!

I ran into Dan’s ex-wife not long ago. She and I laughed about all of the good times we had enjoyed with Dan. They were many. But there was a deep sadness in her spirit as she relayed her decision to finally divorce Dan. He, of course was off on a new adventure leaving his former family far behind.

But I’m reminded of the time a good friend approached Dan and begged him not to apply for another promotion. “Dan, you’ve tried managing people on two other occasions and it didn’t work out. What did you learn from those experiences that will help you be more successful this time around?”

Dan turned. He stared upwards in thought. The he asked, “What do you mean???”

His team calls him “Dangerous Dan” for good reason.

Don’t let him shake your confidence in you! 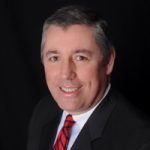