by Barry Stiles, founder and CEO of TRUEGRID Pavers 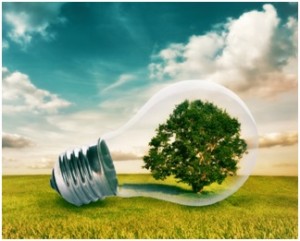 Take a look through the history of recent technological innovations: Beside the glowing milestones of smartphones and hybrid cars, you’ll find a more subdued narrative. You’ll notice a trail of innovations that almost made it — devices that offered the same groundbreaking features but with one crucial detail missing; technology that promised a new way of living to an audience that wasn’t ready for the change.

A good idea by itself is not enough to change the world. Numerous factors must combine to create the perfect timing for a piece of technology to arrive in the market and succeed. For green technology, the barriers — high costs, lack of supporting infrastructure, the weight of tradition — have been especially prohibitive. But the timing is finally right for some green tech to take off.

The first form of electric car appeared in the 1800s. By 1912, inventor Charles Kettering developed an electric starter that, while expensive, promised to rival gas-powered motors in terms of power. But the time wasn’t right for these vehicles to hit the mainstream. Henry Ford’s Model T utilized a newly discovered wealth of crude oil to make the first mass-produced gas-powered car, and he was able to sell it for an accessible price.

The world was ready for gasoline power at that time, not electric. It took a big advance in technology combined with rising gasoline prices to prepare consumers to finally accept hybrid power, and they did so with the 1997 arrival of the Toyota Prius — more than 100 years after the first electric car. Since then, nearly every major car company has produced a hybrid model.

The story behind permeable paving surfaces is lesser-known, but even more extraordinary. It was actually 2,000 years ago that the Roman Empire first invented stone pavers with built-in drainage. But as decades passed, asphalt and concrete took over as the post-Industrial paving materials of choice.

Now, permeable pavers are back. Developed with new technology that combines the strength of concrete with the hydrology of the natural landscape, permeable paving responds to the urgent need for communities to manage stormwater and avoid the runoff from devastating floods. The time in the spotlight is finally here for green innovations like permeable pavement.

The Rise of Green Technology.

Green technology has historically suffered from a slew of bottlenecks and obstacles hindering its progress. Financial investments have been lodged in old technology, keeping costs of research, development, and distribution exorbitantly high. But the fundamental challenges to the deployment of green tech are fading.

The urgency of climate change concerns has triggered global actions to reduce CO2 emissions. Now, many types of green tech are becoming rapidly cheaper and more accessible. Pioneers adopting green roofs are inspiring their neighbors, communities hit by the realities of flooding are realizing the power of permeable paving, and tougher auto emission regulations are encouraging buyers to consider nontraditional fuels.

And because renewable technologies cost very little to maintain long-term, the outlook is good once people have made the initial commitment.

A great idea in isolation is not enough. It must be surrounded and supported by an environment ripe for innovation. Awareness and demand for change must outweigh the comfort of familiarity. The need for disruption must be strong enough to inspire individuals to adapt their lives and encourage others to do the same.

With extreme weather patterns increasing in frequency and severity — and the resultant billions in property damage and loss of life affecting more and more of us directly — urgent solutions are needed to combat climate change and its impacts. The time is right for low-impact green technologies to make their entrance. 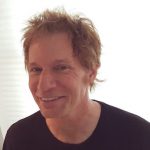 Barry Stiles is the founder and CEO of TRUEGRID Pavers, the 100 percent permeable paving alternative to concrete and asphalt that instantly absorbs stormwater and detains water below the surface. As an engineer and as a dad, Barry is passionate about TRUEGRID’s mission to provide green paving solutions to build a safer and cleaner environment for our kids. To learn more about TRUEGRID, follow along on its blog.

What Peeling An Orange Can Teach Us About Designing New Products

Running A Business Fleet: 4 Basics For Getting Started

Everything You Need To Know About Executive Coaching Programs In A...