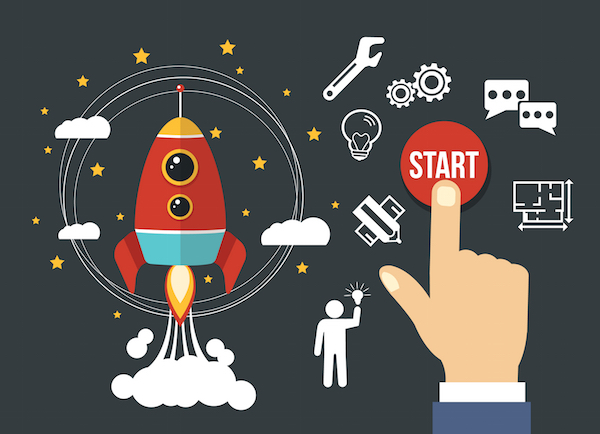 by Ken Burke, founder and CEO of The entrepreneurNOW! Network

Entrepreneurs are, by nature, big thinkers and risk-takers. Visionary ideas and dreams of startup success are what keep us inspired. But most of us tend to counterbalance the creative instinct with second-guessing.

A healthy dose of concrete reality is not only useful, but necessary.

Given that 2 out of 10 startups fail in the first year and just half make it to the five-year mark, you likely recognize that the risk-taking spirit can be potentially destructive. Not only could you go out of business, but you could go broke in the process of launching a business, putting your personal financial future in jeopardy.

While it’s normal to feel a fear of the unknown, don’t let doubt become a permanent dead end. Acknowledging your fear and moving forward anyway will help combat it; after all, as you begin to realize your vision, you’re eliminating the unknowns with research and planning. There’s plenty of room between the extremes of abandoning your idea and betting the farm on an impulse. Use your hesitations as a guide for developing a pragmatic plan that lets you sleep at night, while realizing your creative vision.

Here are some of the most common concerns, and how to convert them into action:

On the road to launch, you’ll pitch your idea to dozens – maybe even hundreds – of people, from friends and family to potential employees. It’s natural to want validation in the form of an enthusiastic – or even just a supportive – response, but it’s okay if you don’t always get it. As your idea takes shape, you’ll increasingly zero in on the audience of potential customers whose problem your offering solves; for everyone else, your idea may not generate excitement, but don’t let that discourage you. As long as your offering receives a positive response from its intended market, you’re on the right track.

Meanwhile, filter out naysayers, seek out connections in your industry who can provide useful guidance, and surround yourself with fellow entrepreneurs (through the EntrepreneurNOW Network, for example) who can share in your struggles and successes.

There really is nothing new under the sun – and that’s a good thing. Often, there’s plenty of room for you to offer a variation that will find a healthy market niche, especially now that online technologies are revolutionizing everything from how we shop to where we stay on vacation. And having a familiar basis for your offering will help customers recognize why it’s worth buying. Even if you don’t have a firm idea of how to innovate or iterate on an existing concept, the process of getting started will in and of itself help you develop new angles that will make your offering stand out from the crowd. Your execution and unique spin will make it new and interesting.

Personal fitness gyms have been popular since the 1970s; the industry is beyond mature. But in 2002, Anytime Fitness succeeded by introducing just a couple of fresh components – 24/7/365 access for members and convenient locations in neighborhood strip malls. The company has now expanded to more than 2,000 outlets nationwide and has won the distinction of being the fastest-growing gym in the world for several years running.

Solution: Hit the books to create a realistic vision

If you have a gut feeling that your idea is great, but can’t find your way into it to get started, do some research about the industry, the competition, and your potential audience to help shape your endeavor. If your idea is on-track, gathering concrete facts will inspire more excitement, not less; you’ll see more clearly how your offering will serve an unaddressed need, helping you plot a course forward.

Solution: Break down the project into discrete, manageable steps

The problem with research is that it can leave you feeling overwhelmed. Your idea may be sound, but there’s no question that making it a reality is a big undertaking. The good news is that you don’t have to tackle it all at once. By developing a step-by-step approach and giving yourself permission to focus on just one step at a time, you’ll progress steadily toward your goal.

And when it comes to launch, don’t be afraid to think small. In fact, finding small-scale ways to bring your product to market not only helps you get off the starting blocks, but it gives you the opportunity to gather valuable feedback before making major investments. If you’re a baker, consider debuting your wares at local farmers’ markets before seeking grocery distribution; if you’re a designer, sell hand-made prototypes on Amazon or Etsy marketplaces.

For more entrepreneurial insights, watch this video about Crafting a Unique Value Proposition for your business. 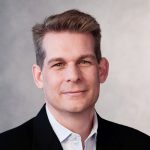 Ken Burke is founder and CEO of The entrepreneurNOW! Network. He’s a speaker, serial entrepreneur, mentor, and author. He founded eCommerce giant MarketLive in 1996, sold it to Vista Equity Partners in 2016, and authored the online sales playbook, “Intelligent Selling: The Art & Science of Selling Online”, as well as hundreds of industry articles. Ken earned his MBA in Entrepreneurship from the USC Marshall School of Business, which later awarded him the honor of Entrepreneur of the Year.