Long before I became the CEO of Calvin Klein, I was a difficult teenager and my stepfather thought I would benefit from working on an oil rig. He thought it would help me straighten out (at the very least) and help me gain lifelong lessons that he believed were essential in the workplace — namely, following directions, listening to others, and, most importantly, being a contributing member of a team. Of course, these are skills no teenager wants or thinks they need. Nevertheless, off I went — 80 miles off the cost of Louisiana.

Oil rigs are some of the grimiest, noisiest, most cramped places on the earth. They’re a long way from Madison Avenue, let me tell you. There wasn’t much space on the rig. Besides, we weren’t there to sleep or hang around. We were all there to work.

And work we did, at least 12 hours a day, in some of the harshest and most grueling conditions imaginable. Some of the men descended into the bowels of the rig and worked the mud pumps. There, they sweat their asses off in 120-degree heat and tried to do whatever they could to hear each other over the deafening sound of the pumps. Some of the roustabouts, like me, manned the deck. Our jobs varied, but mine was to guide in the cranes carrying the casings, when they swung their loads from the incoming boats to the rig. It was a terrifying job for a grown man, let alone a teenager. One wrong move, and I could be launched out to sea and never heard from or seen again.

Every day brought a new level of awareness that I never had before. I thought I knew what hard work was and I thought I had physical strength, but it wasn’t until I was on that rig that I really knew what it meant to have stamina, strength, and courage. Every day, I had to wake up knowing I could die if I weren’t careful. This isn’t an exaggeration. Working on an oil rig is still one of the deadliest jobs in the world. One wrong move, and you could end up not only killing yourself, but one of your bunkmates. Moral of the story, I learned very quickly: If I messed up, I put other’s lives in danger.

It was on that oil rig that I learned some valuable lessons that I carried with me to this day. It takes a team. Every single person’s contribution — and mistakes — matter. I also realized, oddly enough, how little I — Tom — actually did matter in the grand scheme of things. Up until that time, I had a pretty big ego. I was a teenager after all, and I thought I was pretty tough and knew everything I needed to know. But nothing makes you chew a little longer on Humble Pie than possibly putting other people’s lives in danger. I had to be tough. I had to do my job. I had to follow orders. But I also had to show them I was one of them  — and not some soft, entitled, know-it-all kid with a brand-new helmet.

When my time on the oil rig was up, I came back with money I had earned on my own, but most important, I came back with a sense of pride and accomplishment. I was also a little wiser, a little humbler. I learned there is a time and a place to stand your ground, and life gives you plenty of opportunities to make that crucial decision: How much are you going to take? When do you know when to push back? And how do you push back, while keeping the respect of your colleagues?

That time on the oil rig formed me in ways that helped me better assess what was a great fit down the road. Because I learned who I was there and what I was capable of. And I learned the rules of engagement — listening and being a team player — that are the same whether you’re on an oil rig or in the C-suite. 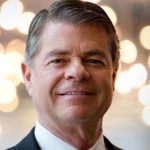 Tom Murry retired as C.E.O. of Calvin Klein after seventeen remarkable years. Murry uses his unique experiences in both work and life to teach up-and-coming managers and leaders how he did it, and how they too can excel not only in the fashion industry but in any business. In his upcoming book A Great Fit, he shares advice on how to find the job you love and eventually rise to the top — and even how and when to leave in order to find a better fit for your ever-growing skills and talents.