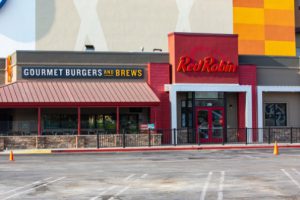 A few decades ago, a former barbershop quartet member decided to open a tavern, which was eventually renamed Red Robin and converted into a casual dining restaurant chain whose main attraction became its hamburgers. With several franchises to their name, Red Robin has turned into a huge player in the burger industry.

As an enterprising individual looking to open your next startup business, you may be thinking of a Red Robin franchise business plan for the following reasons:

1. The hamburger is often considered to be an American institution.

Not a lot of food items tend to turn into staples of the consuming American public. But when they do, they become certified classics. One of those all-time classic American foods is the hamburger. Unlike most other foods, you can pick up a burger with one hand, eat it, and feel instantly satisfied. The enduring popularity of a hamburger has lasted, even as various other food trends have come and gone.

Since Red Robin’s main attraction is its hamburgers, you’ll definitely have an easier time getting a Red Robin franchise off the ground.

Compared to their fellow competitors, you only need to pay $35,000 to have your own Red Robin franchise. Saving up this amount for a short time is relatively easy if you’re frugal enough. But if you need the money right away, you can borrow it and your lender of choice would most likely grant your loan application fast as the amount isn’t too big at all – and they certainly know the value of a good hamburger.

The catch of the hamburger as an all-time American classic is that fast food chains typically serve burgers of questionable quality. These might do just fine when you’re only looking for a quick burger fix, but people who love eating burgers would inevitably want something more than soggy buns and undercooked patties.

As Red Robin isn’t a fast food joint, their customers are pleased to get burgers that are cooked to perfection and served fresh. One can even choose to have their Red Robin gourmet burger added with choice toppings that are more than just the requisite lettuce, tomato, and cheese.

Hamburgers may be Red Robin’s main attraction, but they don’t just settle with that alone. To further convince people to try dining in at any of their various locations across the United States, Red Robin also offers eat-all-you-can steak fries, which are thicker than the usual French ones that every fast food joint serves. So while waiting for their gourmet burger, one can feast on steak fries and order as much as they want – at least while supplies last.

5. In case your Red Robin franchise doesn’t generate profit as planned, you can let them buy it out and get your entire investment back.

Unfortunately, you can’t control consumer taste – no matter how hard you may try. If you’ve opened a Red Robin franchise in your area but the people there rather settle for fast food burgers instead, you’ll have no choice but to gracefully exit, shut the whole thing down, and let Red Robin buy it out. Thankfully, Red Robin fully compensates former franchisees by giving the development and franchise fees that they initially paid back to them.

Hamburger joints are very much a dime a dozen nowadays, but none of them make burgers as delicious and filling as Red Robin. If you’re obsessed with hamburgers and would love to go from merely consuming one to owning a burger joint of your own, coming up with a Red Robin franchise business plan sounds like a good decision. But before fully committing to investing in a franchise of any kind, you’ll want to know the pros and cons franchiseknowhow.com lay out for budding entrepreneurs like you and decide from there whether to continue with it or just set your sights elsewhere.