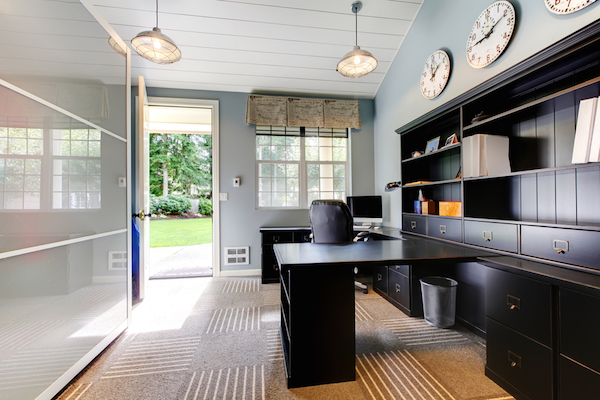 Intentionally seeking out real estate in the most expensive cities in the United States probably sounds like a wild proposition to the typical startup owner. But that’s exactly what New York-based startup Common.com has set out to do, seeing enormous success and boundless growth in the process.

Founded by Brad Hargreaves in 2015, Common specializes in coliving space, a concept which fits perfectly into the landscape of skyrocketing property values in major cities. In neighborhoods where it’s not uncommon to see barebones unfurnished studio apartments go for $2800 a month and up, Hargreaves saw the opportunity to provide housing which cost renters hundreds less while maintaining the basic amenities of traditional living arrangements. In fact, in some ways, the living situation found in a Common coliving space is superior to alternative housing options.

The way coliving space works is like this: residents have their own private quarters, typically a room. With Common, this room is furnished, cleaned regularly, and stocked with various supplies like paper towels once a week. However, beyond their door, the resident is sharing their living space with other people on their floor. A dozen or so individuals will use the same kitchen, living room, and bathroom facilities, which are sized to accommodate.

Those involved with a startup either as the owner or an employee are probably already familiar with this concept in the workplace. The rise of coworking space as an affordable option for startups to base their business is also a reflection of the seemingly never-ending rise in property values in major cities across the world. Small businesses and young professionals are both in need of space to function, and both are increasingly willing to skip the add-ons and extras in favor of low-price and efficiency.

Hargreaves and those backing his company with $63 million in investment capital to date are certainly onto something big, as demonstrated by the company’s rapid growth over the course of three years. Just in the last year alone, Common has added three new coliving spaces to their list of locations, with a foothold in New York, Washington, D,C., Chicago, and San Francisco. As of 2018 they are operating 12 locations in these cities and are fast at work securing more.

It’s important to note that the coliving housing model is itself nothing out of the ordinary, despite what many Americans probably think. While those in the U.S. probably only encounter coliving when they are in college and residing in dormitories, shared housing has been a standard in cities in other countries for a long time. More times than not, coliving spaces in these places is much like a hotel or the aforementioned college dorm; spartan and utilitarian.

Much of the success of Common is due to the fact they have taken a different approach to the design of coliving space. Seizing on the opportunity to remodel building interiors to their liking, rather than be confined to structures built in that hotel-fashion, Common has sought to make the communal areas a central focus, the space you see when you open the door of your private room first thing in the morning. According to the company, this encourages interaction among residents, strengthening the stability of the coliving space as a whole.

However, in the end, what makes Common a startup success is all about the bottom line. A person renting an apartment in Brooklyn will pay hundreds more each month than someone renting a Common room on the same block. In the course of a year, someone living in Common shared housing can save thousands of dollars in housing costs, all while living in the area they want. It’s a housing model which is set to take the urban real estate market by storm in the decades to come.