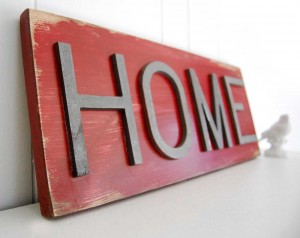 Research into the UK residential property market has revealed that there has been a considerable increase in the number of available properties on the market in the first quarter of 2018.

Traditionally, the market does see a glut of new properties coming on to the market every January, but this year’s influx is markedly higher than usual with a recorded boost of up to 40% of new sellers coming into the market in January.

The south continues to lead the way.

London enjoyed the biggest boost with a whopping 79% increase of new properties overall, with some boroughs such as Hillingdon, Bromley, Havering, Barnet and Bexley all experiencing increases well in excess of 100%.

Other regions also saw big increases in the new property supply and, although the south led the pack, Solihull in the West Midlands saw a massive rise of 149% followed by Southend-on-Sea with 141%, Salisbury with 127%, Rugby with 120% and High Wycombe with 117%.

All this has given the UK residential property market a much-needed boost. However, the market is yet to recover fully from the 2008 crash.

What does this mean in terms of property prices?

Using the time honoured metric of supply/demand, an increased supply would normally expect to result in a lowered demand. However, the residential housing market has always gone against that grain simply because demand is, and has been for many years, so consistently high. So an increased supply of stock results not in lower demand but in a more competitive pricing environment. In short, 2018 looks like being more of a “buyer’s market” than it has been for a while. That means that potential buyers just become more “price-sensitive”.

This is borne out by the research of the Royal Institute of Chartered Surveyors (RICS), which has reported key property activity indicators in negative territory at the national level. The RICS Price Balance remains at zero (unchanged) for February and March 2018. Once again, London leads the way here with the highest number of reported price declines. The south-east, East Anglia and the north-east also report declining prices but to a lesser extent than those in the capital. Other parts of the UK, such as Northern Ireland, Wales and the East Midlands are actually seeing some pick-up in prices.

Overall, RICS is predicting that the near-term outlook for prices remains flat and this is corroborated by other market analysts. That said, the longer-term prospects remain good. Savills has forecast a 13% rise in prices over the next five years fuelled by an expected significant increase in 2019 as a result of certainty returning to the market upon the UK leaving the EU.

As far as lettings are concerned, most experts are reporting a significant slowdown in the number of lettings nationwide, with only some regions (notably, the East Midlands) bucking this trend. This follows on from a very buoyant start to the year.

All this points to this being a very good time for anyone who is thinking of investing in UK property, particularly if they are first-time buyers or owner-occupiers who can benefit from a market flush with new properties. This means more buyers, many of whom are anxious to sell and may well prove more willing to discount their price if it means getting contracts exchanged. Buyers can take advantage of this to drive a hard bargain. Buyers need only look to invest with Blackmore Homes for more expert advice and guidance.

Buy-to-let investors may, similarly, take advantage of soft or even falling prices but they should bear in mind that more properties on the market also means more letting stock available. That puts potential tenants in a similarly advantageous position when it comes to negotiating an agreed rent. Potential landlords may have to temper their expectations in regards to return on their investment, at least in the short and near-term.