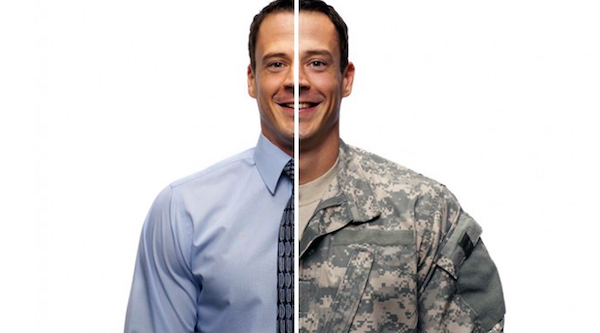 Let’s start by making it clear this article is not about the virtues of running a small business like some sort of bootcamp. There is a clear distinction between working behind a desk and fighting on the front lines. Nobody at a standard office job needs to feel as if they signed up for the Marines, meanwhile managers who bark orders like drill sergeants will be unlikely to focus on anything other than hiring new workers to combat high turnover rates.

All those things aside, there are aspects of the armed forces which are in fact incredibly useful for business leaders to take into consideration. The best militaries in world history have all possessed a similar series of attributes which made them exceptionally successful for their time and place. Many of the behind the scenes elements of managing an effective army are no different than those utilized by many prosperous entities of the private sector.

For outside observers, the most distinct aspect of the military apart from its overtly weaponized nature is the level to which everything is organized. Information is gathered, resources are tracked, figures are calculated, and reports are made on virtually every operation undertaken. A small business may not have the manpower to get this done at scale on top of their existing responsibilities to customers, but thankfully they can use technology to achieve an optimum level of organization. For instance, popular digital note taking apps for business serve as an incredibly effective tool in tracking the vast amounts of information and developments even a small group of personnel can generate in a given day. Similar to how the military organizes heaping piles of intelligence to improve their operations, startups can use such tech to streamline the sharing of information to improve the way they conduct business going forward.

It’s an intimidating word, but indoctrination doesn’t necessarily mean becoming brainwashed or institutionalized. Indoctrination in the military involves shaving off the misguided notions recruits have about life in the service and replacing them with the realities of the job. Business leaders and managers need to consider the same when hiring entry-level employees, who understandably bring with them a certain level of naivete about the way the business works.

A subsection of the high level of organization within the armed forces is the emphasis on clear communication. Intel and orders going up and down must be communicated under no uncertain terms. This helps to ensure predictability and simplicity in a critical stage. The same should be said for the way communications work within a business. Companies can do this by encouraging employees to stick to a glossary of common terms and phrases of sorts when discussing internal matters. This cuts down on confusion and maximizes efficiency – the same result generals are after on the battlefield.

All men and women in the armed services know the importance of coordination for the simple fact that militaries are inherently dependent on the correct coordination of thousands of people and tons of resources. Startups must quickly learn to coordinate the efforts undertaken by employees to reduce downtime and improve productivity.

Coordinated action on the battlefield is not going to accomplish much if the targeting is off due to bad intelligence or ill-performing operators. Ensuring that the coordinated efforts are done to maximize effect is critical in business as much as it is in the military.

Lastly, the most important lesson small business leaders can learn from the way the military operates is the paradoxical folly of putting too much weight on planning, despite the fact planning is everything. As the 19th-century German Field Marshal Helmuth von Moltke the Elder famously put it: “No plan survives contact with the enemy.” No matter how well-laid out a business plan may be, things should never be left on autopilot. Last-minute tweaks and adjustments will always be needed to ensure successful execution of any major business endeavor.

In conclusion, the way in which small business leaders and managers can incorporate military principles into their enterprise is not by being no-nonsense cubicle commanders, but rather taking a close look at the way in which the armed forces function as an organization. At the end of the day, they aim to get the job done the way they intend, for the purpose of achieving very specific goals. This ought to be the baseline objective of every business opening its doors, big or small.