By now, it’s commonly known and accepted that diversity and inclusion is good for innovation, and for a business’s bottom line. But organizations of all sizes still struggle to understand and implement diversity and inclusion. Often spearheaded by well-meaning HR departments, these programs regularly fail to move the needle toward meaningful, long-lasting systemic change.

White men typically sit on the periphery and feel they have no role to play in the design or implementation of these efforts. Though it may seem counterintuitive, white men must not only support diversity programs, we must be key drivers in these efforts in order for them to succeed.

In more than 90 percent of Fortune 500 companies, white men occupy the top positions. When leaders drive the effort to create a diverse and inclusive workplace culture and when that effort is seen as a leadership development strategy, it benefits people and profits. With workplace discrimination costing businesses a combined $64 billion every year, top leaders can no longer afford to ignore the issue or have others fix the problem.

Still, even the most sophisticated companies struggle with how best to implement such change. They understand the primary business case for diversity and inclusion, but they are unsure about which strategies will help them reach their goals. Many organizations assume that those goals should be representational rather than cultural. Tech companies like Google and Apple focus a large amount of resources on trying to increase the percentage of women and minorities in their organizations, while much bigger cultural barriers to diversity continue to make recruitment and retention a constant battle.

The truth is diversity is not a numbers game. Nor should it be a tool used to lower legal risk. A truly inclusive business is a place where all team members – starting from the very top of the org chart with motivated, committed executives – work together for greater profitability and productivity

White male perspective typically frames corporate infrastructure and workplace culture. The leadership skills we value most in the workplace are a can-do attitude, taking action, getting it done, and quickly fixing problems – skills that come easily to most white men.  While employees who excel at communication, teamwork, and time management are not as readily rewarded. Most modern business leadership skills are rooted in white male culture – a culture that most white men don’t even realize they have. White men do not see the water they swim in, so must step out of the “white men” culture if they are to embrace change in the workplace.

The assumption is that women, people of color, LGBTQ individuals and other frequently

However, in order for D&I to succeed, everyone within an organization has a vital role to play in co-creating inclusive work cultures. Given white men’s majority hold on business leadership, they are often in the strongest position to drive any type of enduring organizational change. Rather than singling out white men as targets and separating them from the diversity conversation, businesses must call on white men to be active participants and partners. Their perspectives must be heard; their unconscious bias revealed; their patterns understood – even when that means having uncomfortable conversations.

Often, as men, our automatic response to hearing a friend or colleague, man or woman, tell a story, is to react with our own experience on the topic. We might say, “Well, what happened to me was … ” Or “That just sounds like a jerk –how do you know his action was about race or gender?” While the intent may be to sympathize, the result is that often the person sharing her story feels unheard and minimized. So even if unintentionally challenged, she is less likely to share similar experiences in the future.

In diversity work we practice listening and we focus our attention on the 8 critical leadership skills. Workplace partners are asked to listen to a colleague for three (uninterrupted!) minutes. This is much harder than it seems. For many it is a stretch not to engage, redirect the conversation or take it over. Listening is not emphasized in our dominant white male business cultural norms, which emphasize doing, telling, and fixing. In his book, Humble Inquiry, author Edgar Schein suggests that men need to develop new skills to counter balance our lack of listening skills.

I once heard an example of humble inquiry when a woman recounted a story of telling her male boss she had to quit because she had a new baby at home. She could not maintain her current position with the new family demands. The boss asked her one question, “What can we do to have you stay?” The conversation turned unexpectedly into considering the alternative of working part time, which she pursued. As she told this story she was in tears because she was so grateful for her male boss simply asking the question.

Listening, sharing how we are impacted, and humble inquiry are foundational tools for effective partnerships at work. They are skills that don’t always come naturally to men, and are not often rewarded in a traditional workplace. The unconscious bias of white men means they “don’t know what they don’t know.” When they open themselves up to learning what it is they don’t know, they step out of their comfort zones and become the greatest champions of diversity and inclusion efforts within an organization.

Many white men also experience an unexpected side effect when they embrace the chance to become aware of their unconscious bias: their interpersonal relationships improve. Spouses report feeling more respected at home, and men express a sense of gratitude and openness they had not previously felt. It turns out that becoming aware of what you don’t know can be a very freeing experience, both at work and at home. 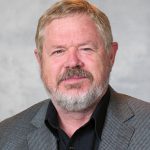 Bill Proudman is the CEO & Co-Founder of White Men As Full Diversity Partners, a consulting firm which provides organizations and business leaders with the skills they need to establish inclusive work cultures. For over 35 years, he has served as a leadership development consultant, coach and facilitator to countless organizations and executives around the globe on issues of team effectiveness, cultural competency, and inclusion. He is a sought after speaker, writer, and thought-leader at the intersection of diversity & inclusion and leadership.