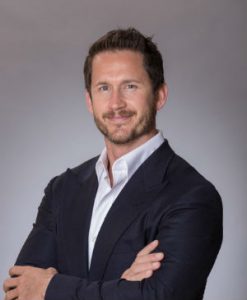 There’s a lot that Robert Tallack has learned over the years as a successful entrepreneur that he is happy to share with others who are following the same path. Two of his most important guiding principles? First, hire slow, but fire fast. Second? Always be open to “inamountable” opportunities.

Robert Tallack is chief executive of a fast-growing e-commerce company, ConversionPoint Technologies, that launched in July 2016, hitting over $70 million in estimated revenues in 2017. ConversionPoint is an e-Commerce technology company that focuses on increasing reach, revenue & ROI for brands, agencies and advertisers selling online.

It’s not the first entrepreneurial venture by this Ontario native, who was raised in an entrepreneurial family. His first effort came when he co-founded a martial arts school, Tallack Martial Arts, something which was natural to him, given that his father was a pioneer in the martial arts industry in Canada. Robert Tallack himself was a championship-level, competitive martial arts professional and played an important hand in guiding Tallack Martial Arts’ growth. By the time he reached his late 20s, he had sold his martial arts business and transitioned into building and selling internet marketing and technology companies.

As an entrepreneur, Robert Tallack has had an exciting journey, and a lot of road still lies before him. He learned some lessons early on the way that he wishes someone had shared with him. His dependence on effective teams for successful outcomes, for example, has made the “hire slow/fire fast” rule one of them.

Hiring and firing decisions can be difficult, especially in startups where there may be fewer people who must work together quite closely. As Tallack explains, sometimes no amount of coaching will improve someone’s performance. “I have waited because, well, nobody wants to fire someone,” he recalls. “But the reality is that there’s no room for poor performance in a startup environment. And delaying firing someone never improved the outcome.”

And what’s an “inamountable” opportunity, anyway? Tallack laughs that, no, inamountable is not a real word, but rather is emblematic of the shared experiences and trials that help teams come together.

The word was coined after a late night, dinner and drinks business meeting between his executive team and that of a possible acquisition candidate. It was followed by a very early, last-minute meeting the next morning with an important investment banking group.  That morning, everyone from his team was understandably fuzzy. Halfway through, as Tallack struggled to describe the amazing opportunity his company represented, he declared, “We have an inamountable opportunity!” As everyone’s faces froze, one colleague looked at him and said, “That’s not even a word!” Everyone laughed as the ice was broken, and today, this word has become a natural part of ConversionPoint’s corporate vocabulary.

What other insights and observations does Robert Tallack have to share? Here are some of the highlights from his recent Q&A with YoungUpstarts.

You transitioned to the entrepreneurial world from being a champion UFC professional fighter. What made it work for you?

Robert Tallack: To win as a UFC fighter, you need to be prepared, have training and good coaches and be able to handle pain. If you think about it, these are also the tenets needed to lead a startup successful. It takes preparation, the right skills, great advisors and mentors and great resiliency. If you don’t have the tenacity to deal with the pain, struggle and down cycles, keep your day job. I’ve learned to be tough, agile and durable.

What is one thing you wish you had known before you embarked on the entrepreneurial path?

Robert Tallack: Absolutely this: leading a startup to success always takes way longer than you expect. I started my first business at 20, and my projections told me I’d be retired by 25. I had the idea that things would progress in tandem with the amount of effort I put in. Boy, was I wrong. But if you stay focused on your goals, you will eventually reach them.

What trend in the eCommerce industry most excites you these days?

Robert Tallack: AI and machine learning, without a doubt. The fact is, AI technology has already done significant things for e-commerce. Media optimization used to be just guesswork, for example, but now we can see in real time the different combinations of image, copy and offering to make data-driven decisions. AI will really level the playing field among e-commerce businesses.

You can’t succeed if you don’t know how to fail. Do you have such a lesson?

Robert Tallack:  Of course. One of my startups ran out of cash. It can happen. We re-calibrated and made some hard decisions, cutting costs and focusing on collecting receivables. It ended up shifting our business model for the better, all things considered.