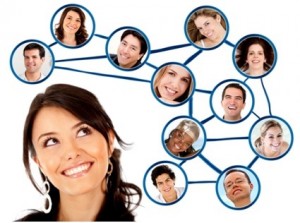 It’s perhaps time for marketers to face the proverbial elephant in the room. As scandal after scandal breaks out, with the eternal outrage machine of social media destroying careers as quickly as they elevate them, marketers are forced to face an arena they wisely limited their exposure to – politics. That is not to say marketing and politics are strangers, depending on context they range from strange bedfellows to a natural consequence of an industry (nobody would be shocked if Heckler & Koch announced that they steadfastly support unlimited 2nd amendment rights for instance).

However, as the US becomes more divided, customers are starting to look for signs as to whether or not their favorite brands are with them or ‘against’ them. There is no one greater signal to where your brand stands than the influencers who you sign. Certain influencers endorsing your brand could alienate you from all but radicals and leaning too far left or right could alienate you from the opposing political spectrum. However, depending on industry, you might end up doing that, so to help you juggle and survive the divisive state of political discourse here are a few tips to juggle politics and influence.

Many influencers develop their reputation in arenas that have no relation to politics at all. Movie reviews, Let’s Plays, Unboxing, Cats, and more are inherently politically neutral. Entertainment industry can get mildly political so be cautious if there is a movie coming out or other piece of entertainment attracting controversy for its political messaging. However, in general, influencers in these sectors know they aren’t successful for their opinions on government but for their opinions on some other matter.

Even influencers in neutral industries have twitters and Facebooks and will often express political opinions through these mediums. Just like every other human being, they have passions and items they care strongly about and will voice their opinion on personal social media accounts. Make note of where your influencers fall and try to balance it against your own brand’s affiliations. In general, if possible, where you do have vocal influencers make sure to balance right and left – unless your product is inherently politicized (arms industry is a major example).

Balance where possible, but if you find your product or industry is facing regulations or laws from one side of the fence or the other that are harmful to your business nobody is going to be shocked when you side against it. Furthermore, nobody will be surprised if you gravitate towards influencers that agree.

The biggest piece of advice with juggling politics and influence – at the end of the day, resist the urge to coach your influencers. Their value is built on authenticity, and any attempt to manipulate that is analogous to taking your car keys to your brand-new Tesla. Let them be genuine. You can avoid controversy or messaging that conflicts with your brand by researching influencers beforehand. Furthermore, if you take the time to talk with influencers, most of them will tell you if they can’t endorse your brand for political reasons. Resist the urge to coach and let them be genuine.

As with Most Influencer Issues – Research.

In most cases, doing your research and working with third parties like Neoreach who work with influencers on a regular basis will help your brand find influencers that are the best fit. While you cannot predict sudden outbursts, the most successful influencers know what to say and know when to reign their personal opinions in. Do your research, understand who you are working with, and your influencers will never let you down.