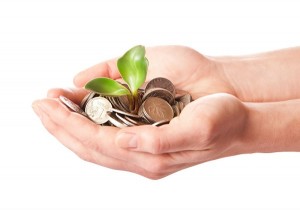 There is a thin line between success and failure for startups, and that is usually determined by capital. The more capital a startup has, the easier it is to get off the ground and ramp up growth. In turn, this leads to the development of a thriving startup ecosystem which paves the way for technology and innovation.

With venture capitalists around the world shifting their focus to Asia, here are 5 ways the surge in venture capital fundraising is shaking up the startup landscape in the region.

KPMG’s Venture Pulse Q3 2017 reported that the Asian market has raised $12.3 billion across 283 deals in the first three quarters of 2017, nearly three times that of in 2012. With more money being invested in startups around the region, the barriers to entry that prevent startups from entering the market are reduced. Thus, more entrepreneurs can rise up to the challenge and innovate. As software and technology such as Artificial Intelligence (AI), Augmented Reality (AR) and fintech dominate the market, startups have to compete against each other to provide the latest goods and services.

Take China-based AI startup SenseTime, for example. Set up in 2014, the startup offers applications for facial recognition, smart learning, and deep learning technologies. With the increase in venture capital fundraising, competition for startups across the region will strive to better integrate AI into other sectors and industries. The constant innovation thus drives development in technology throughout the region.

2. Allows startups to scale up easily.

Venture capital fundraising can be divided into three stages: seed, early stage, and later stage. According to the same report by KPMG, the median deal size is the largest for later-stage funding, at $26 million. This can include startups who are looking to scale up but may not have the necessary capital to do so.  In May, the Indonesian on-demand motorbike startup Go-Jek managed to raise $1.2 billion, led by Tencent Holdings, in their battle to scale up and compete against Uber and Grab.

Similarly, Alibaba’s $1 billion investment in Singapore-based e-commerce firm Lazada equips it with the necessary armour to counter Amazon’s entry into Asia. With the surge in venture capital fundraising, these Asian startups can accelerate growth and face challenges with confidence.

3. Mergers and acquisitions with tech giants and corporates.

Later stage funding can be provided for startups that have fully matured with a wide user base and a working business model. Instead of expanding further, this group might be considered by corporates for mergers and acquisitions. In China, tech giants like Alibaba, Baidu, and Tencent Holdings, are going global to build their in-house capabilities. By investing and acquiring startups, these corporates can obtain new technology without the need to invest heavily in research and development.

For instance, Toyota’s $95 million follow-on investment in Preferred Networks, a Tokyo-based provider of IoT-centric deep learning systems, will advance their joint research and development of AI tech in mobility-related fields like autonomous driving. In this scenario, the funding company stands to gain a competitive advantage with the new technology while startups obtain funding and a wealth of experience to tap into.

As the amount of venture capital fundraising increases, it is critical for the various governments across Asia to support investment activities by providing a relevant legislation climate, in terms of proper investment and exit procedures. With the necessary government support, startups will be able to sell their goods and services more easily. Governments can also support growth in the tech startup landscape by injecting funds to create the right infrastructure to maintain growth.

Programmes such as China 2025 help cities to modernise industrial manufacturing, whilst in Hong Kong, a $256 million fund encourages investment in local innovation and technology startups. In Vietnam, a suitable climate for the startup landscape to thrive lies in state-owned enterprise reform.

As the number of startups in the region increases, an ecosystem will be formed to create and scale new firms. In the ecosystem, different people come together to provide a plethora of services for the various stages of the startup cycle.

With the necessary support, funding, research and service provider organisations in place, the ecosystem can contribute to job creation and sustainability in the workforce, while driving the economy forward with the latest technological innovations. 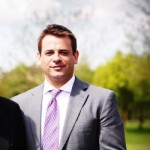 Marek Danyluk is an expert connector and business relationship builder. His passion for people led him to start Space Executive, a multi-awarded company in the international search and selection business that focuses on strategy and corporate development, change and transformation, finance, sales and marketing, consulting and professional services, legal and compliance; covering its core markets in Asia Pacific, the United States, and Europe.