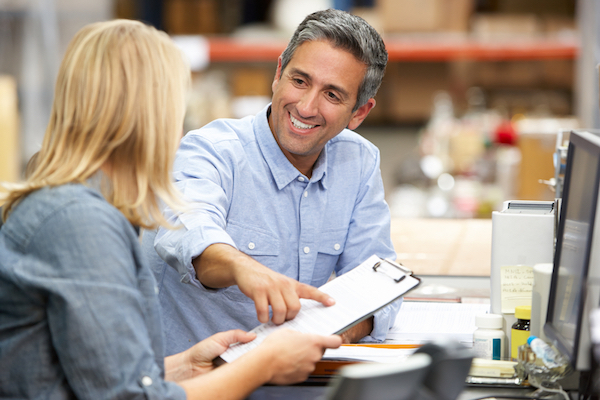 Yep, you read that title right. Insurance is the next big industry due for a disruption. And with that I know just what your thinking: insurance = SNORE. But wait, before letting your eyes glaze over or clicking out of here entirely, give me just two minutes of your time to explain – because the opportunity is big and the technology is really cool.

The insurance industry as a whole is aging rapidly, and few young people are stepping up to take over. This issue isn’t being taken lightly, and I’ve seen entire industry meetings devoted to discussing how to draw young people in. The fusion of insurance and technology, so-called insurtech, is one way that’s happening. Make no mistake, there is a small but mighty insurtech community, but the ecosystem is higher on cash than talent. If this sounds like it’s an ideal situation, that’s because it is.

The most common complaint I hear from people outside the industry is that insurance is just too complicated for major innovation. That’s the stumbling block for many potential insurtech disruptors. But though the business is heavily regulated, and any would-be insurtech titan will need at least one insurance nerd on the team, the basics of the industry are pretty straightforward. Here’s a quick overview:

There are three major types of players in the industry: insurers, brokers and claims administrators.

1. Insurers are the companies that actually take on insurance risk and write the big checks when accidents happen. They require the most money to operate and have to fill out the most complicated forms to get licensed. Their finances are also heavily regulated – insurers have to keep a set amount of cash liquid (to write the big checks) and diversify their assets according to specific rules (so they can have enough cash available for even bigger checks).

2. Brokers are insurance salespeople. They sell policies. Period. End of story. Brokers need licenses too, but these are easier to get and maintain. Also, they don’t need a lot capital to get started, like an insurer does.

3. Claims administrators are companies some insurers hire to investigate accidents and figure out how much to pay injured parties. They’re the ones who come to look at your house after a big storm or check on the car you wrecked to figure out which repairs will be covered. Their licenses are also simpler to obtain and keep up-to-date than those for insurers.

There are start-ups operating in each of these three spaces, but there aren’t any preeminent industry disruptors in insurance – no Google, Uber or Airbnb – yet. In fact, the selling of insurance products (by brokers) has gone largely unchanged in recent history. Which means that making insurance coverage accessible to consumers – read, sales – is going to be a key break-in point for anyone up for the challenge. Once that nut has been completely cracked, providing the actual service (investigations, sending checks, etc.) will be ripe for ongoing disruption. Anyone interested? If so – and to further whet your appetite – take a look at some of the innovation already taking place.

Bringing tech to insurance can be as simple as introducing a fleet of drones to do some claims investigation work, which Travelers introduced back in 2015. The technology existed; it just needed to be deployed for an insurance purpose. Travelers did it, and it’s already saving that company and other insurers that hopped on the drone bandwagon (and, hopefully, their clients) on the hefty cost of adjuster inspections.

Another great example of innovation comes courtesy of Metromile, a startup right out of Silicon Valley that’s changing the way auto insurance is provided. Rather than charge for insurance coverage by the month based on some basic driver characteristics, Metromile charges by the mile, allowing consumers without a big commute to substantially lower their monthly premium. That level of flexibility and customization draws in millennials in a way that no other insurer has managed to pull off.

And then there’s New York-based Lemonade, the most recent insurtech startup to make its way into California. Lemonade is a home and renter’s insurance app powered by artificial intelligence. With Lemonade, the traditional broker model is thrown out the window, in favor of an online signup process to purchase coverage – one with shockingly human communication abilities. Lemonade does brings a human element to the transaction by donating a portion of premiums left after claims are paid out to a charity of the insured’s choice.

Metromile and Lemonade are awesome examples of companies turning the tried-and-true insurance paradigm on its head. They also illustrate the opportunity that’s out there for the taking. But there’s more. With so many industries experiencing disruption, there is a scramble within the insurance business to develop new products to cover risks that weren’t even on the radar screen a few years ago. For instance, companies are beginning to provide insurance specifically for Airbnb hosts and Uber drivers. Maybe next we’ll all need personal identity insurance (thanks, Equifax!). And driverless car insurance is sure to look a lot different from today’s auto policies. Perhaps providing coverage in these and other areas still inventing themselves could be a job for a boutique insurtech startup.

There’s one question looming at every insurance industry gathering: Who’s going to bring meaningful tech into the insurance space and change the way we do business? My hope is that the answer is you. 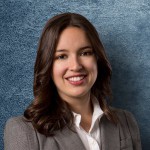 Celina Kirchner is a full-stack attorney at Michelman & Robinson, LLP (M&R), a national law firm with offices in Los Angeles, Orange County (California), San Francisco, Chicago and New York. She’s based in L.A., and counsels clients primarily in the advertising and digital media, Internet, software and technology and insurance industries