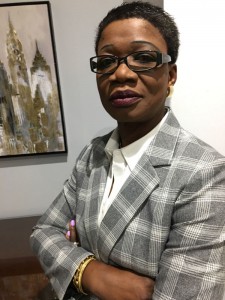 For the last 17 years, Nellie Mayshak has been traveling around the globe, undertaking one high profile initiative after another in an effort to help nations recover and reform rational systems of government and public service after extended periods of disruption, if not chaos.

Nellie Mayshak does it through the consulting firm she founded, Canaf Consulting Associates, after many years of experience in senior roles with the provincial government of Ontario. It was through positions involving everything from governance to capacity development to policy development and management that she developed her particular area of expertise: Public Administration Reform.

The underlying idea, Mayshak says, is to help countries evolve the kind of efficient, responsive, transparent and accountable public administration that marks democratic governance. This is critical for the advance of their societies and economies, as well as for becoming productive, contributing members of the world community.

Helping client governments on the right path to emerge from what for many have been years of struggle – often due to civil discord – is Mayshak’s passion. It has led her to long-term assignments in locations as far flung as Liberia and Lithuania, and work that has been complex, multi-faceted and often encompassing many years.

In Liberia, for example, she was challenged to help reconstruct a civil service that had collapsed after over a decade of civil wars. Mayshak’s expertise helped the Lithuanian government devise and execute a strategic planning and policy model in line with guidelines of the Organisation for Economic Cooperation and Development – facilitating its entrance into the European Union.

The projects Mayshak has undertaken have been diverse, presenting the kinds of challenges that have helped her grow her capabilities even as they have enriched her perspective of the world and its people. She notes, for example, that she has been lucky to have worked with people at all levels in public administration, including such notable leaders as Ellen Johnson Sirleaf, president of Liberia since 2006 – and Africa’s first elected female head of state.

Nellie Mayshak has also come away with distinct ideas on what it takes to run a sustainable business over time. She talked about what she’s learned in the last 17 years with Young Upstarts.

A big part of your practice at Canaf Consulting Associates is helping governments create and strengthen the structures and processes that are the basis of civil services. What have you learned about them that could also be applied to how an entrepreneurial business is shaped for future success?

Nellie Mayshak: There are some key ingredients to a successful public sector reform program, and I think some of these are germane to entrepreneurial businesses too.  I think the desire to achieve results is a major commonality.  Any country that seriously needs or wants to move their economy and people forward needs to have a desired end goal or a level of visible improvements at the end of a reform project.  Likewise, for an entrepreneurial business starting out, one needs a strong vision of what one wants to achieve.

Public sector reform projects are long-term.  One needs a long-term vision, with milestones that are carefully mapped out.  Baseline assessments at the beginning of the project are essential, as well as a detailed project plan that includes the goals of the reform, its components, resources, timelines, reporting structure and teams.  All this must be carefully developed.  This sounds basic, but a lot of thought and consultations must go into the plan to ensure that a given project is sound.  Assembling the right team and aligning them with the resources is also important.

All this planning, goal making and prioritizing are also important points that entrepreneurs should value, especially those who are starting new businesses.

You show a lot of passion for your work, where it’s taken you and what you’ve helped others accomplish. How important do you consider passion for a successful startup? Can it be nurtured, and how?

Nellie Mayshak: Passion for me emanates from a deep interest, connection and conviction with and for something. I’m passionate about public services — they make or unmake nations.  It is when we feel deeply about something that we are more likely to go the extra mile or to commit time and effort to see the results we desire.

My own passion to see or realize improvements in environments and countries has helped me not only to work in very difficult places, but to actually enjoy doing the work.

I think you can nurture passion in others. In my experience, you can inspire younger people to invest in an ideal. I have seen employees becoming more involved as a result of the passions of their business leaders.  Business leaders can nurture drive and enthusiasm in the people around them by allowing their passion to show through.

How would you characterize the public/private partnerships in the countries where you’ve worked? How has the business environment – particularly in terms of entrepreneurial ventures – factored in the civil reform initiatives you’ve led? Examples?

My work in government-wide public service reform has been geared toward creating stronger policy making, which helps emerging economies broaden their outlook and tap into best practices from around the world.  Our public sector reform work in part led to a greater appreciation of the role of entrepreneurs and innovators to the survival of these struggling environments.

Our reform work promoted poverty reduction strategies that stressed the criticality of small business and entrepreneurial ventures and innovation.  More specifically, our reform efforts helped governments to improve data collection and analysis of economic indicators, remove and reduce bottlenecks to business registration, and contribute to the modernization of trade and investment policies and process in Nigeria.

What lessons can business startups here in Canada take away from the experiences and struggles of other countries that have not been fortunate enough to have stability in their governments, society and economy?

Nellie Mayshak: There are many lessons.  In many of the projects I was involved with – in Lithuania, South Africa, Ghana and Liberia — we used a practitioner-to-practitioner approach, so that public servants in these countries could share and learn from their counterparts in Canada and vise versa.

For example, a project I was involved with in South Africa united South African provinces with Canadian provinces.  We quickly realized that the learning, sharing and borrowing went both ways for South Africans and Canadians. Our Canadian participants learned as much from their South African counterparts!  Canadians, for example, learned values like resilience, making do with less, patience and communication of extremely difficult or sensitive situations (life or death, war or peace issues).

Above all, Canadian officials reported that they learned not to take for granted what we have in Canada, and to work harder to innovate our Canadian public services, so as not to regress.