by Jesse Wood, CEO of eFileCabinet 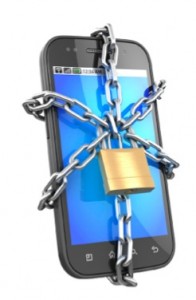 Our world is advancing in technology. There’s no denying that, but what happens when a criminal masked behind the security of a computer attacks your files or hard drive?

Cybercrime has become a quickly increasing online threat. Hacking is on the rise, and many of these criminals have taken to using ransomware, a malicious malware that holds your important files captive until you pay a large sum of money.

This is a rapidly growing issue, but there are ways to protect yourself. You don’t have to sit in fear, waiting for the day that ransomware comes for your data.

But don’t think it can’t happen to you, too. With this epidemic spreading quickly, and new versions arising every few months, being aware and taking preventative measures can only help.

Ransomware is a type of malware or computer virus, whose malicious intentions are to corrupt electronic files for a high ransom.

These malware’s infiltrate user’s computer and gains access to sensitive information, and either locks down the whole computer, or encrypts the files, and threatens to release them to the internet if a high ransom is not paid.

A new ransomware recently hit servers all over the world called WannaCry, which would ask for 300 bitcoins in exchange for a decryption key, so that the user could once again have access to their files. However, if no ransom was paid, they would send the information to public domain, making any private or sensitive information the business of everyone.

WannaCry was stopped by Marcus Hutchins, a UK hacker who accidentally shut down the malware. However, more ransomware is on the rise, and with hacking becoming a commonplace in the modern world, protective measures should be taken, including learning more about it, and what you can do to save your important data.

What do ransomware viruses want?

The first thing to understand is why.

Ransomware often want large sums of money with the promise of your files returned safely. The most common request is for a certain amount of bitcoins. Bitcoins are a type of electronic currency, and a way to trade and make purchases digitally. Bitcoin is used to protect anonymity of the ransomware user. Paypal used to be the preferred payment method, but identity could be discovered through that. Staying anonymous during these transactions is important for the hacker.

The most common victims of this malware are those who use outdated versions of windows. WannaCry specifically exploited these easy targets, and a new ransomware titled Petya also seemed to target windows users. In addition to the targeting of softwares, ransomware like WannaCry would target health care companies and law firms, as their files were highly important and needed protection. This is why it’s essential to arm yourself and your company against hackers with malicious intent.

This isn’t a new technology!

Though attacks have been more frequent and have gotten more recognition recently, companies have been suffering from ransomware for many years. Whether it be a college student with important files, or a law firm with client information, ransomware has been spreading for a long time coming.

The first ransomware attack happened in 1989, started by an AIDS researcher, who sent out floppy disks to other researchers, claiming a questionnaire inside would help determine if they were at risk for AIDS. However, inside the questionnaire was the first ransomware tech, and after 90 times the computer supporting the unknown software was turned on, it popped up, asking for $189 or $378. After this, the malware slowly began to rise in popularity amongst hackers, and has reached an all time high in 2017.

Hacking Is on the Rise.

Hacking has become a new past time and job description for many computer users, so much so that there’s even a convention supporting hacking!

DEF-CON is similar to comic con, but rather than supporting your favorite comic book characters and cosplaying those iconic outfits, this convention is for hackers. Each DEFCON is equipped with intense contests for teams of “hackers” to enter, including determining who can create the most realistic and functioning fake security badge in the time allotted. A popular competition is capture the flag, where one team plays as the defense of a company, and one team plays as the hackers. By the end of the time, the hacker’s goal is to break into the computer system, while the defense’s job is just that; to defend.

There are many more competitions involved in this convention, as well as speakers from many security companies and otherwise knowledgeable people in the area of hacking and computer security.

The convention attendees ranges from software creators who are looking for a fun role-play, and malware creators hoping to hone and advance their hacking skills.

So with hacking and malware becoming more and more popular, how can you protect yourself?

Protecting Your Information Against Ransomware.

The first step is to update your software. WannaCry specifically targeted those with outdated windows software, as it’s easier to infiltrate. No matter what version you’re running, if you can update, you should. Many times software updates come with better firewalls to protect your computer from viruses.

In addition to updating, consider installing some anti-virus software. Many anti-virus systems can detect the ransomware attempting to enter your computer, and can shut it down before it reaches your screen.

If an email looks unfamiliar, or has a suspicious link, do not click it.

If you do not recognize the sender of the email or remember subscribing to the company they say they are from, delete it. Don’t waste time trying to decide if it’s safe or not.

Finally, consider taking your files to a safer platform. When you use an encrypted filing system, nothing will be able to touch, corrupt, or lock your information. The most useful way to protect yourself from future ransomware, or malware in general, is to use a document management system. With a safety function so vast, nothing will get in or out that you don’t approve first. There’s a lot to learn about the safety benefits, but the most important part of it, is that it won’t let your files be used as ransom against you. 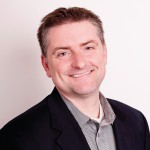