by Paul Blanchard, author of founder and principal consultant of Right Angles and author of “Fast PR: Give Yourself a Huge Media Boost“

Here’s the surprise about PR: getting great media coverage is as much about knowing what not to do than it is about knowing what to do. You can learn to master the media yourself — from social media to digital channels, print media, radio and TV — if you know what tactics to avoid.

The first step is to stop thinking PR is all about you. PR is about the audience: the reader, the listener, and the viewer — via the journalist. Even Twitter is about getting on journalist’s radar. To do that, you have to offer quality (not throwaway) content, and working on building a good relationship.

As with any courtship — and that’s what this is — you want to be on your best behavior. So here are 11 PR mistakes to avoid:

1. Don’t Think of Yourself as Hard News.

Ask yourself: Who wants this story covered — me, or the paper? If it’s you, it’s soft news. Hard news is just that: it doesn’t require PR to get in the paper. Volkswagen caught forging emissions reports is hard news. The great company doing something great is not. For a better chance at coverage as soft news, focus your story on a real business topic, like a launch, partnership, sell-out, event, profit or loss, research, or expansion.

Never ignore a journalist’s email or phone call, and never promise a comment and then wait until their deadline has passed. If they ask you for something, give it to them — promptly.

Journalists are intensely busy. A surefire way to alienate them is to keep emailing same press release, then call them repeatedly to check if they got it. Call once, and if they’re not interested, accept it. Then, consider emailing a personal introduction to find out exactly what kind of stories they are interested in.

Journalists need to build relationships with people in order to do their job. They’re always looking for fresh voices and new information. A press release won’t build that relationship. Instead, call the journalist or email them with a short introduction, and invite them for a coffee and a chat. Think marriage — you’re in it for the long haul.

Twitter is a powerful business tool. It’s is a great way to get on the radar of journalists and key influencers. But most people don’t use it properly. Keep it in your swim lane: tweet about what you know. You make socks, tweet about socks. No one cares for your opinion on The Bachelor — unless he wore amazing socks.

If you’re not sure if you should use them, don’t. If you do, use sparingly. Too many hashtags looks desperate, and a long string of them makes you look like a spammer. Random hashtags that click to dead ends can be irritating, as can hashtags you think you just made up that are already used for another product. Do use a hashtag attached to an event you’re tweeting about, or create a hashtag for the event you’re hosting so people can follow it on twitter. And make sure to include it in the invitation.

7. Don’t Use Fillers in Your Press Release.

If you have to write a press release, make it clear, quick and clean. Journalists decide if they’ve got a story within the first two sentences, so put the who what where when and why right up front. You’ll also lose them if you pad your prose with puffery, superlatives, long, tedious quotes, or jargon. Instead, give hard facts: stats, numbers, or context. The goal is that to make them interested enough to contact you, not to put them in a coma.

8. Never Say These Two Words in a Crisis.

If you find yourself talking about how marvelous you are, scrap the post and start again. If you’re writing a post to wow your colleagues, stop. Write as though you’re talking to someone over dinner or down at the bar, but consider this question: is it interesting? Ego-driven posts make the mistake of completely ignoring the audience. Do discuss hot topics, and don’t be afraid to let off a little steam. Journalists want people who can argue their points convincingly.

10. Don’t Wait For Retirement to Write a Book.

Writing a book takes you to the next level as a thought leader: people can say you are an industry blogger, podcast presenterand the author of (your book title here). It’s a great hook for some publicity, since you can do a book launch and events around the release, with press releases that are about — yes — a real event. Just don’t do it for the money. You may make some money, but the better reason to write a book is because it’s a great business card and door-opener.

PR is not a sprint. You can’t spend three crazy days at it and then disappear, or get a rejection and throw in the towel. PR is a marathon in which persistence and tact pay off. You need to keep thinking like a journalist and working to make it happenevery day. There will be bad times and rejections, but journalists want stories, and they want to hear from people like you. So commit to the long haul. If you need to regroup, step back to refocus and learn. Then jump back in the game. 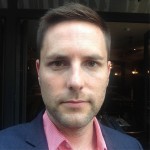 Paul Blanchard is the founder and principal consultant of Right Angles, a media consultancy based in London and New York. He’s also had an active career in politics for well over a decade and is a former parliamentary advisor whose 2005 campaign gained the largest vote increase in the country. He presents the popular podcast series Media Masters, which has several hundred thousand listeners and is one of the most listened-to media podcasts in the world. His new book is “Fast PR: Give Yourself a Huge Media Boost“.

Emergence – What is Now Needed for Leadership Teams to Become...

A Guide For Starting Your Own Dental Practice