by Trevor Throness, author of “The Power of People Skills: How to Eliminate 90% of Your HR Problems and Dramatically Increase Team and Company Morale and Performance“

Let me take a moment to smash a myth that has been embraced by millions of young people throughout North America. It has become the watchword of a generation; a sacred cow; a touchstone of our whole society:

You can be anything you want to be!
Well… no actually.

Despite what your teachers told you when you were honored at your grade 8 graduation commencement; (something that every person in your age cohort was required by law to achieve by the way) despite what you learned when you were awarded your eighth-best winner badge in the 100 meter run; despite what your hovering, helicopter mother tried her best to drum into your head as she packed your lunch with items that you routinely binned. It just isn’t so.

The people that get to be whatever they want to be are not the people that learn how to dream biggest or believe in themselves the most or have the strongest self-esteem. No, they’re the ones who develop perseverance. Successful people all have one characteristic in common: they refuse to quit. They want to; sometimes they wish they could, but they don’t and won’t, and so, eventually they win.

They beat the intelligent and the talented. In time, they pass the beautiful and the beloved and outright gifted. Rarely does the person with the highest IQ lead the company.

“The only way you’re getting me out of here is in a body bag.” So said Brandon Webb, Navy Seal, to his instructor during the middle of “Hell Week,” the excruciating first week of Seal training. In his book “The Red Circle: My Life in the Navy SEAL Sniper Corps and How I Trained America’s Deadliest Marksmen” he talks about how it’s the mind that gives out during intense physical training, not the body, and the secret to winning is in developing mental toughness. Seal training is designed to be achievable by anyone with average athletic ability, but stellar mental toughness. Navy Seals come from all walks of life, all regions of the country, and all socio-economic backgrounds. In fact, there is only one characteristic that they all share: they are the ones who keep putting one foot in front of the other, no matter how bad their bodies feel, no matter how much they are yelled at or abused, no matter how tired, discouraged, hungry or sleep deprived they are. Endurance is the essential mark of the most elite soldiers on the planet.

A favorite client of mine has a typical entrepreneurial story; typical in the sense that he fits into no normal categories. He dropped out of school in the eighth grade, and ran away from home. He led a tough life on his own as a teenager, living in dives, sometimes in his car, working odd jobs, and struggling to feed himself. And then, by accident, he stumbled on his thing. He took a job at a down-at-heel parts business, and discovered that he was great at bringing structure and order to inventory. He categorized parts and shed dead inventory. He rearranged shelving and spent hours cleaning the premises. He made his department go. Then, with virtually no resources, he opened his own shop. For the next twenty or so years, he worked insane hours, struggled to make payroll, outlasted massive changes in his industry, and lived through heartbreaking downturns. He had no education, no money, no family (or any other) connections. He only had perseverance. Through all the ups and downs, he just kept going. Gradually, things started clicking. Today, he is a leader in his industry, featured in magazines and looked up to as a major winner. Like many business leaders, he’s a 25-year overnight success.

Many, if not most entrepreneurs share some version of this story. The ones who win are the ones who refuse to quit when most sane people would move on and throw in the towel.

Here’s the secret your helicopter parents may never have shared with you: success isn’t built on success. Success teaches you nothing. Success inflates your ego and encourages hubris. Success breeds arrogance and entitlement. No, success isn’t built on success. It’s actually built on hardship and agony and failure and frustration and sometimes even disaster. Can you persevere through that?  If so, you will win.

I’ll leave you with the words of Winston Churchill, a deeply flawed alcoholic who struggled with depression, and who was considered an irrelevant failure by his colleagues until he was called, late in life, from political obscurity to power at the beginning of the Second World War. From that point on, he carried a whole nation on his shoulders through some of the darkest times of the twentieth century, and became the most admired leader on the planet: Here’s his advice to us: “If you’re going through hell, keep going.” 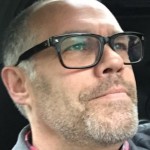 Trevor Throness is the author of “The Power of People Skills: How to Eliminate 90% of Your HR Problems and Dramatically Increase Team and Company Morale and Performance“. He is a veteran business coach who specializes in working with growing businesses.He has helped hundreds of entrepreneurs, organizations, and business families across North America fix people problems, enhance communication, attract top talent, and build exceptional cultures.