“It’s hard to help people who don’t think they have a problem. It’s impossible to fix people who think someone else is the problem.” – Marshall Goldsmith 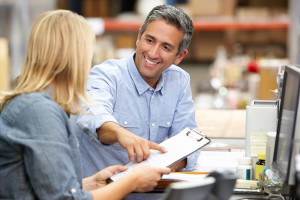 Politics aside, recent behavior by a certain inhabitant of the White House got me thinking about the topic of coaching the uncoachable: the know-it-all, the egomaniac and the alpha male or female. We’ve all worked for, or with, individuals like this.

I decided to do some research on this topic and made the following request to my LinkedIn International Coach Federation industry group. “I’m looking for tips on coaching the un-coachable, the egomaniac, or know-it-all. All comments welcome.”

I received over 190 responses, so I suspect I hit a nerve. Responses covered the spectrum, both positive and negative. Paraphrasing, the responses included:

Much is written on this topic, with the consensus being these individuals are difficult to coach. They want to be in charge and are generally not good at taking direction from others, hence the alpha description. Alphas lack a natural tendency to care about others, nor do they like to express their feelings. Absent is a “caring gene,” as I like to refer to it.

In my experience, alphas need coaching because they have outsized egos. They believe they are smarter and better than everyone else, and simply don’t need help. Those with this type of well-defined ego are not open to performance feedback from others. They’ve often closed themselves off to ideas from others that can be crucial to an enterprise. When something goes wrong, it’s always someone else’s fault. Alphas don’t have faults. Humility is often lacking in the alpha’s DNA.

For 15 years I was the Global Head of Human Resources at one of the world’s largest investment management organizations. Surrounded by alphas, I saw each trying to out-alpha the other. In many ways, the place was dysfunctional. The reality is, however, that organizations run by alphas possessing an uncompromising focus on excellence tend to have positive results in the short term.

For many years, this firm was extremely successful, receiving numerous industry accolades. Their intellectual arrogance was a net positive in terms of achieving success. Over time, though, this alpha behavior can erode the dynamics of the organization. For instance, the key individuals responsible for keeping the trains on the tracks (and every organization has and needs them) are often turned off by alpha behavior. Initially, these individuals learn to work around the alpha behavior, but long term they will grow discontented and leave or, worse, just give up.

Additionally, alphas need coaching because of their fear of failure. This internal fear creates a false bravado that is difficult to break through. To get results, they often create destruction along the way. This fear of failure gets in the way of them being open to coaching. Never admitting a mistake will alienate them from their key staff and is generally not considered a positive leadership quality. Today, in my view admitting failure is a sign of real leadership.

As I further pondered coaching alphas, I thought about human history, cultural anthropology and how our thinking about alphas has deep roots. Humans have long tended to segment the species into categories. The recent book Sapiens by Yuval Noah Harari points out that in the Babylonian Empire, people were divided into three classes: superior people, commoners and slaves. Each class had different values and status. That tendency did not end with the Babylonians.

Similarly, former Harvard Business School professor David Maister, classified employees into three groups: dynamos, cruisers and losers. Perhaps a brutal way to label employees, it does hit a nerve when it comes to success and motivation. Dynamos, “Type A” personalities, are driven to succeed. Their identity is closely linked to achieving status and recognition through their job. They are the top ten percent of any organization – the fast tracker, or the alpha.

In answering my second question, can the alpha be coached, I went back to my informal survey. One of the responses: “When the student is ready, the teacher will appear.” Bingo! We have lift off. Alphas are not coachable until they are ready!

For alphas, or anyone, to be ready for coaching, they must be open to feedback, constructive criticism, and willing to be vulnerable. Some alphas, however, see vulnerability as a sign of weakness. Many of today’s CEOs have the attitude that “I’m the CEO, so I don’t need any help!” When individuals are not open to learning, they shut down a coach’s ability to help them. Again, the student must be ready.

My informal survey also yielded some interesting thoughts around the need for coaches to look “under the hood” to determine why alphas behave the way they do. Some stressed the need to examine the clinical aspects of personality. While this could have some value, it is not the role nor within the expertise of a coach in my view or that of the International Coach Federation (ICF.) As a result, I haven’t addressed this issue.

In my ongoing research, I found a number of excellent articles on this topic, so if you want to learn more there’s the HBR article titled Coaching the Alpha Male, the Marshall Goldsmith article Are You Uncoachable? as well as an interesting piece by Douglas LaBier from HuffPost called Why CEOs Don’t Want Executive Coaching.

So, in conclusion, where do I stand on the issue of coaching the uncoachable, the alpha? Until the individual is open to some self-reflection, feedback and willing to change, I will take the recommendation from survey responders: “don’t bother!” 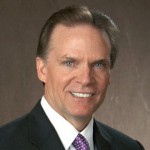 James G. Ward is a Human Capital consultant and a certified Professional Coach based in Newport Beach, Cal. He provides HR consulting, as well as executive, career and organizational coaching through his own firm, NEW Directions Consulting. He has more than 15 years of experience in corporate human resources and consulting, including 15 years at Pacific Investment Management Company (PIMCO), where he was Executive Vice President, Global Head of Human Resources. He is author of “New Directions: Successful Strategies for Career, the Workplace, and Personal Growth“.