by Mayur Ramgir, author of “Evolve like a Butterfly: A Metamorphic Approach to Leadership“

Great leaders are in great demand, whether a coach for a football team, a CEO for a corporation or a general for the Army.

But in many cases people are mistaken about what makes a good leader. Often, leadership is viewed as being able to establish resources and priorities to acquire worthwhile goals.

While that’s part of it, true leadership involves a lot more than that. Actual leadership deals more with inspiration than simple productivity.

And for leaders to be truly inspirational, they have to adapt and adopt different leadership styles at different stages in business. If the leader is not able to adapt to the rapidly changing environment, the whole organization might suffer losses.

The key thing to remember is that people want to be led by example so that they can follow suit. That means it’s up to the leader to set the tone and the attitude for how to handle the challenges the team inevitably will face.

So what are some of the traits and attitudes leaders need if they want to motivate their teams so that they perform at the highest levels? A few of those include:

Your success as a leader lies in your ability to believe in yourself. You must feel that you can handle whatever situation arises. But it’s important to understand that authentic leaders are not only aware of their strengths, but of their limitations.  In other words, self-belief is a positive trait, but it isn’t a license for narcissism or hubris.

2. Your confidence inspires others.

If you can convince yourself that you can do it, then the rest of the world will automatically be convinced. It makes a big difference in how people see you and react to you when you exude confidence. The saying, ‘Don’t let them see you sweat,’ certainly applies to being a leader.

3. Supporting your team pays off.

Getting the chance to help others is the opportunity to help yourself in disguise. When you provide employees what they need in order to reach and exceed their potential, the result will be high performance levels and loyalty. That’s good for you and the organization as a whole.

Leadership is never about using the brute force of authority to force your ideas down other people’s throats. This is not the forte of the real leader. In fact, it’s quite the contrary. True leaders work only to better the society around them and the world at large. 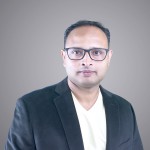 Mayur Ramgir, author of “Evolve like a Butterfly: A Metamorphic Approach to Leadership“, is an award-winning author, speaker, innovator and entrepreneur. Educated at Georgia Tech, MIT, Oxford and the University of Sussex, he currently serves as president and CEO of Boston-based Zonopact Inc. Ramgir’s previous book, “Unbarred Innovation: A Pathway to Greatest Discoveries“, was published in 2016.