On Mother’s Day, let’s think about what it took all the great entrepreneurs to have the confidence, competitive drive, and resilience to start a company. Parents wonder if their kids could be the next Mark Zuckerberg or Evan Spiegal. Starting your own business is in the air. But who becomes a successful entrepreneur? Is it anything parents influence as their kids grow up?

Many recent articles suggest recipes for how parents can try to mold their children into entrepreneurs, recommending specific steps parents can take. But during research for my book, I discovered a very different approach. I learned you don’t want to “make” your children entrepreneurs. You want them to develop naturally, to be who they are. Don’t make your kids start little businesses if they don’t want to. Don’t negotiate fees for activities you think they should do. Don’t send them to entrepreneur camp if it’s not their thing. Don’t worry if they don’t seem to be natural leaders, or if they’re more excited by an outside activity than by their classes.

“Raising an Entrepreneur” is based on interviews I did with 60 successful entrepreneurs and their parents about how they were raised. The entrepreneurs were diverse: half men, half women, from every socioeconomic group and family type. And I define an entrepreneur as anyone who starts something. So the 60 were not only diverse in terms of inputs, but in terms of outcomes: they started for profits, profits-for-purpose, non-profits, became activists and artists. And despite coming from extremely different backgrounds and having very diverse interests, in many key ways they were raised the same.

Because if that’s their passion, it could be their true calling in life. If you encourage them to pursue it with all they’ve got, they will. They’ll work hard at it because they love it. They’ll become good at it because they’re working hard at it. And they’ll develop confidence because they’re becoming good at something they love, that they chose. Not something that somebody else thinks they ought to pursue to get into the “right” school or the “right” career. Something great is so much likelier to happen when kids really care about what they’re doing and are excited to jump out of bed every day.

Many current entrepreneurs translated what they learned by following their passion as kids into a future endeavor. Joel Holland made films when he was young. His company Video Blocks is the top subscription-based stock footage firm in the world. Alexis Jones loved story telling. She started I Am That Girl, a massive online community for the women’s movement. Kevin Plank started a T-shirt company in high school. He founded multi billion-dollar athletic apparel maker Under Armour. Hooman Radfar’s mom supported his passion for computers. He’s a cofounder of startup studio Expa. Tommy Scott loved selling things when he was young and then discovered peach juice in Spain. He cofounded Nantucket Nectars. Nyla Rodgers did a lot of service projects when she was young. She started Mama Hope, which has established health, education, and agriculture projects around Africa. Robert Stephens liked to fix things. He started Geek Squad. Paige Mycoskie liked to draw. She started lifestyle brand Aviator Nation, with fun designs on shirts, which now has five stores. Matt Mullenweg’s mother supported his passion for the saxophone and then for computers. He started WordPress, the world’s largest website platform.

Others took the grit and competitive drive they learned when they were young and started a company in a different area when they found the right idea. Reggie Aggarwal learned to compete through debate and running for student office. He started event software firm Cvent. Simon Isaacs was on the Olympic development team for skiing. He said the grit and determination he learned competing helped him start Fatherly, the top website for dads. Twins Radha and Mikki Agrawal played soccer through college. These serial entrepreneurs started Daybreaker, Thinx, and Wild restaurants. Eric Ryan learned grit from competitive sailing. He cofounded Method products. Blake Mycoskie learned grit from playing competitive tennis. He started TOMS shoes.

If kids get good enough at something, they’ll figure out a way to improve it or expand it or reinvent it. But kids will never be great at something if they don’t work nonstop at it, and they will never work nonstop if they don’t love it. If your kids love what they’re doing, they’ll develop drive, determination, focus, and grit, all essential tools to becoming an entrepreneur.

And they’ll learn to take risks, to try new techniques. They’ll learn not to fear failure, but to adjust when they fail. They’ll learn, as Billy Jean King says, to think of failure as feedback. And they will keep trying new ways to solve problems until they figure it out on their own. And that’s how companies and organizations get started and grow.

Maybe your child will ride his or her passion all the way and become a successful entrepreneur. Maybe they won’t. There are no guarantees. But the odds are so much better when it’s aligned with what they actually want to do, with what makes their heart sing, not with some arbitrary expectation. So parents, nurture your child’s passion. And watch them blossom. And perhaps become an entrepreneur. But even if they don’t, they’ll be happier, and isn’t that what’s really important? 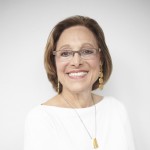 Margot Machol Bisnow is a writer, wife, and mom from Washington, DC. She spent 20 years in government, including as an Federal Trade Commissioner and in the White House as staff director of the President’s Council of Economic Advisers. She is the author of “Raising an Entrepreneur: 10 Rules for Nurturing Risk Takers, Problem Solvers, and Change Makers“.