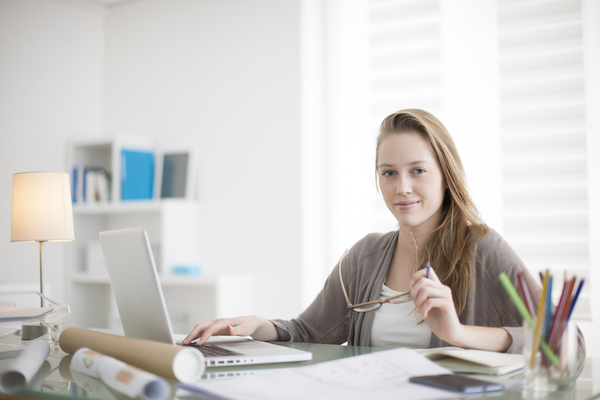 by Diana Ennen, President of Virtual Word Publishing and author of “Virtual Assistant, The Series: Become a Highly Successful, Sought After VA“

This month I celebrated my 32nd year in business. Wow! How cool is that? Who would have thought 32 years ago that a site like LinkedIn would be available to share the news of my big anniversary? Totally awesome!

I thought it would be fun to go back in time and share some stories from the past. To those starting a business today, you have no idea how lucky you are with all the advancements at your fingertips. Now the order of these might be off, but with that, let’s go back to 1985… and beyond:

Back in 1985 computers were just becoming popular. Sure, some of the major corporations were all over it and had them already, but many small businesses didn’t. What did that mean to me? At the time, I had started a word processing business from home, so when I typed up a document for a client, and I made a mistake that couldn’t be fixed with white-out, I redid the entire document. And unfortunately I did this a lot! Bummer! I especially did this when clients would be breathing down my neck waiting for me to finish something for them. They weren’t happy to hear, “Oops, need to redo that page.” My husband and I quickly decided if I was to start a “word processing business at home,” I needed to get one of them there new computers. So I got my first Tandy 1000 from Radio Shack. Life improved instantly. In fact, within months I was helping some of the attorneys and other businesses I worked for computerize their entire offices. Life was grand!

There wasn’t any internet or sending documents to clients via email back in the 80’s; it all required the physical transfer from person to person. With my home-based business, I did offer pick-up and delivery services, which meant time away from my actual work. Although it was a hassle, it was nice to connect personally with clients on a regular basis. I always tried to make the visits short and sweet, because we were all busy. And back then I was a new mom, so oftentimes I would make my drop-off runs when I had my kids with me so I wouldn’t miss out on any actual work time. The beauty of that was most of my clients grew up with my kids and most of the time when we dropped off work, there was candy awaiting them, along with lots of hugs. (Yes, I had awesome clients even back then.) Now of course, with some clients, such as the attorney’s offices, that didn’t work and I couldn’t take my kids, but with many it did. I’ve got to say, I truly enjoyed it, too.  My kids thought that’s what everyone did — drive with their mom to drop off work and get candy. Yes, we had a good thing going.

That came around in the 90’s for me. At that time I had written a book on starting a home-based business – “Words from home: How to start and operate a home-based word processing business” – and had found a publisher for it. YES!! Now, I was running a pretty successful business, but in doing so, apparently I wasn’t up on all the latest developments. The first thing my publisher told me was that in order to work together, I needed to get email. (My contract was faxed to me. Boy what a fun day that was.)

I remember asking my husband what the heck email was. Fortunately our Tandy 1000 computer quickly revealed that I needed to look into something called AOL. Before long, I was one of the hundreds of thousands hearing, “You’ve got mail.” Now back in the day, when AOL was new, you have no idea how crazy it was. It would get “busy” from all the people logging in and you’d have to wait hours sometimes in order to connect. Can you imagine today waiting more than a few seconds at most? But they fixed that promptly and I was one of the cool ones who figured out how to do email.

With email came the ability to send files. No longer would I have to get dressed and deliver my work. This saved me close to an hour a day.

Today you can’t even imagine not being able to attach a file or load it to Dropbox, but back then the ability to do so didn’t exist. And when it did, the skies opened up and doves appeared. Well, not really, but it was pretty cool. I also discovered that in sending files, I could send anywhere. Like out of my local community and even to another state. That’s when I found my first client virtually, a publisher in Arizona. (I’m in Florida.) Yep, I had a hop in my step that day!

Back in the day, even when you had clients and friends, you pretty much had to wing it when it came to learning, sharing and networking. There weren’t groups you could ask or experts sharing their tips on social media, podcasts, etc. When you had challenges you figured it out the best you could. Then came these things called “forums” or “message boards.” Sites would be able to add forums and it allowed everyone to connect, ask questions, talk about their business, and just have fun. These were big back then. There are still some around, but social media pretty much replaced them. And for those who had books (like me), it was also an opportunity to show your expertise and sell your books. I managed several forums during my day and I gotta say, I really enjoyed it.

I’ve always considered this one of my biggest fails. I had a client who had a new site that was set up exclusively with social media in mind. It was years ahead of its time. When she first approached me she said, “Social media is here to stay and I want to get ahead of the game.” Here again was another new term… social media!  Only this time, I jumped at the opportunity and learned as much as I could in order to do a great job. Unfortunately, it never took off like it could have, not through any fault of either of us. Just that we didn’t give it the manpower needed to make a difference. My big lesson from that though was when I heard something new, I spent the time to understand it fully so I could master it before offering it to others.

I can clearly remember when I first heard about Twitter. As an already successful work-at-home mom, I was eager to jump aboard and I’ve got to admit, it felt kind of cool being ahead of the curve on so many new things. I loved being among the first to try things, at least in my industry. I can remember one of my friends saying, “That was so cool, you followed me around all day.” WHAT? I followed you around? I didn’t get it.  And if most were honest, they would admit that in the beginning they didn’t get it, either. So I sat back and watched. That was one thing I learned. Usually if you step back a bit and follow what is happening, it won’t take long to figure it out and you won’t look like an idiot doing it all wrong.

This was ongoing since the late 1990s, but in early 2000s, it was full steam ahead. I can remember being quoted in USA Today in 1997 on becoming a virtual assistant. That one quote landed me numerous clients. I do believe that was when my true love for marketing began. I saw that you get quoted, people read it and see you as the expert, and then want to work with you. The VA industry has grown in leaps and bounds, and today and I’m still proud to have been a part of its success along with my co-author, Kelly Poelker.

Of all the publicity I’ve gotten, one of my favorite stories is when I was quoted in Women’s World way back in the day. I was four months pregnant at the time and they asked me to wear a certain color/style for the article. They were sending a film crew. Well, I shopped and shopped and couldn’t find anything. They wanted fall colors and I live in Florida. I finally found something, but it was way out of my price range for something that I would only wear once because of being pregnant.

So I did what every business owner will do (well maybe not) I bought it and kept the tags on to so I could return immediately. I looked awesome. So, as we’re filming away and I’m getting really into it, the photographer said, “Oh, would you mind pushing your tags in a bit.” Yikes! Funny how over 20 years later, I still cringe at the thought. Bottom line, I’ll never do that again or if I do, I’ll hide my tags better.

I could go on and on about all the fun things that have happened throughout these 32 years, but most know already. One thing has not changed over the years. I love what I do and I’m honored to get to continue doing it on a regular basis. The future for working at home has never been better.

Diana Ennen is the President of Virtual Word Publishing, offering PR and marketing services. She hosts PR classes through www.prsuccessseries.com, and is also the author of six books on starting your own business including the best-selling”Virtual Assistant, The Series: Become a Highly Successful, Sought After VA“, Contact her at Diana@virtualwordpublishing.com or @dianaennen for a free PR Informational Package.