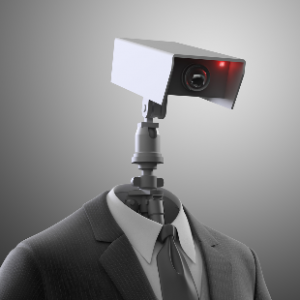 Connected devices have made how we live in the 21st century a whole lot more interesting. While we’re still a bit far from The Jetsons with their personal rocket ships, Back to the Future Part II wasn’t too far off predicting what life is like today with things like video chat and holograms. Nike was also gracious enough to make self-lacing shoes happen.

Who would have thought ten years ago that smart devices would be such a pervasive part of our lives that we can now access all sorts of data and information from our pockets (or wrists)? According to Nielsen, Americans spend 10 hours a day staring at a screen, and half of this is spent on mobile devices, according to KPMG.

This does not mean that other, non-screen devices are left behind. For instance, as our homes become increasingly connected, home security – especially if you work from home – should likewise not be left behind. Security is still a great area of concern for many households due to the threat of break-ins and home invasions. In the US, a burglary is reported to happen once every 13 seconds.

When it comes to safety, every little bit helps. Something is definitely better than nothing. People are willing to pay for an added sense of security so there’s no shortage of companies and products that cater to this domestic concern.

Traditional security systems, however, can cost a lot to install and maintain. Wired setups require complex installations often requiring some remodeling to be done to neatly place the hardware needed for them to work.

Some of these services can also run up to hundreds of dollars excluding the monthly monitoring fees and possible construction work on homes. ADT is among the cheaper providers, although the service comes with contracts that lock you up in multi-year subscriptions.

New technologies have disrupted this as devices can now be setup easily either through wireless connectivity across devices or through a home’s WiFi network. Home security appliances like sensors and cameras can now be bought as do-it-yourself (DIY) kits that offer customers a cheaper alternative to traditional security systems.

Kits like SimpliSafe already include sirens, sensors, and consoles, which are shipped directly to buyers. The system can be set up in less than an hour without having the need for a professional installation. It syncs to mobile applications, allowing users to control their systems using smart phones. These kits’ monthly fees also don’t constrain customers to extended contracts.

Some of these smart modular systems can also even be integrated with other devices so that an action in one can trigger other devices to be set accordingly. For example, SimpliSafe works with Nest so that arming the system also tells the thermostat to save on energy use.

Surveillance systems are also sold as DIY kits. Wireless IP cameras can simply be mounted on various portions of your home and are connected to your home’s WiFi, allowing you to view live feeds on your mobile phone wherever you are. They can even be set to send alerts to your phone if they detect any motion.

Any DIY technology would have its share of critics. Among the criticisms levied on these DIY security kits is that they may not be as beefy as professionally installed kits. Much like any service, DIY projects like servicing your car on your own or laying out tiles would have its pros and cons especially if the project isn’t simple enough. Besides, any security system can be overcome especially when pitted against a truly determined criminal.

Security can’t be solved through technology alone. Being secure also involves habits and practices that should already be ingrained into one’s lifestyle. Sometimes, security systems even make people lax. A secure window latch is still more effective than unlocked windows with motion sensors. What’s the point of installing the toughest locks if you would only leave an “emergency” key in the flower pot next to the door, right?

But having a security system does help. A good percentage of residential burglaries happen during the day when people aren’t in their homes. Criminals think hard before targeting homes with alarm systems, since the risk of getting caught also increases for them. As for homeowners who decide to install these kits, they can readily monitor their homes at the comfort of wherever they are through the internet.

What’s great about the emergence of DIY systems is that security now becomes more accessible to people who need it. The modular setup even allows homeowners the ability to select just the coverage they need. Not all homes are built the same, after all.

It is even more exciting is that these devices are only bound to get more sophisticated and even cheaper in the future. Imagine security systems that would include biometric systems and even facial and voice recognition in a home setting. Better user experiences are also bound to be developed to minimize factors like human fallibility. Home security is just set to get better.