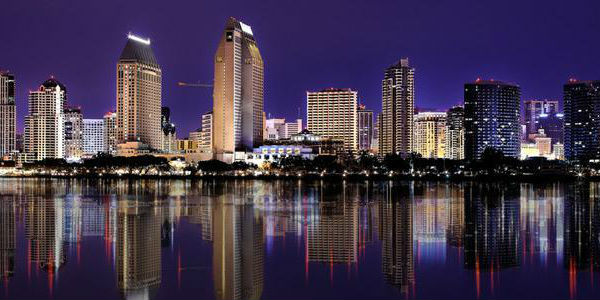 Entrepreneur and marketing mogul Ryan Mack says that San Diego is the perfect place for a young entrepreneur to start business. Mack, who is from the city, thinks the comparatively low living costs makes San Diego the ideal location for a entrepreneur looking to get their feet off the ground.

“When I first started operating businesses as a young adult the primary hurdle I had to cross was being able to afford to live during the initial stages of my business,” Mack says, “Often, young entrepreneurs have to pour their capital into their business and don’t have the ability to live an expensive lifestyle, moving to a place such as San Diego, rather than traditional tech hubs and capital cities, would allow a young business person to live a comfortable life during the initial stages of operation.”

The average rent cost is a fraction of the cost in Silicon Valley and Los Angeles. In addition, other living expenses are also significantly cheaper – necessities such as transportation are much more accessible. A large airport also makes cheap flight readily available to many U.S. cities.

San Diego, a city of 1.3 million, also benefits from their proximity to Mexico. Residents are only miles away from the Mexican border and therefore have easy access to the Baja Peninsula. The area has become increasingly popular with surfers and fisherman looking to take advantage of the Pacific Ocean – it is also notably less crowded than beaches and waterways in LA.

San Diego also has a range of different organizations such as Start Up San Diego that encourage young entrepreneurs to share knowledge and collaborate on projects based in the city. The non-profit organization has helped a considerable amount of start ups receive the support and funding they need to reach their potential.