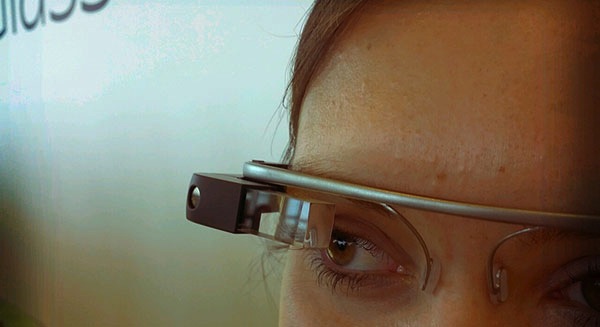 by Lionel Chok of Immersively

What do lights, cameras and black chunky headsets have in common? For years, movie theatres have tried different tricks to get audiences into their doors – extra wide screens, surround sound systems, 3D films, and most recently Virtual Reality (VR). The Martian for example, was one of the first commercial VR efforts to come out of Hollywood. As the industry grapples with the transition from physical media to a more digital-centric business model, it has to create new revenue streams.

The ways in which audiences interact with the stories they love have changed. Technology has enabled new creative tools and forms of mass distribution, altering the landscape so fundamentally that it’s hard to remember when it wasn’t common to interact with every beloved property via memes, cosplay, video remixes, and other forms of fandom. Interactivity and immersion aren’t just add-ons; they have become essential elements of the entertainment experience.

Look no further to the recent Sundance Film Festival, which has traditionally been the home for challenging films that are willing to test the boundaries of independent cinema. But in an era where entertainment is no longer confined to the limitations of a screen, it’s time for these risks to take place in a virtual landscape.

At this year’s Sundance Film Festival, artists are utilising audiences’ bodies as platforms for new storytelling projects. Instead of having the audience sit and passively watch a film, they are creating new worlds that enable audiences to see into the future and experience the changing ways audiences will interact with each other. In 2017, there are nearly 50 of such projects, and they are far more powerful than simply lounging in cinema seats and tossing popcorn into your mouth.

VR has long been a feature of the Sundance Film Festival in that there have been small, gimmicky demonstrations, but reports from this year’s festival indicate signs of an industry that’s starting to grow up and get serious. The notion of filming in 360 degrees offers the chance to step into a movie and feel completely immersed, bringing new interest, challenges and possibilities to the movie world.

One of the best things about video content is its ability to transport you to different places and times, and with VR, that effect is even stronger, and the experience even more immersive. It engages the audience in a different way; you can’t see the whole scene at once, you have to move your head around as you would in the actual physical environment, and one viewing may not be enough for you to see all there is to see. Audiences are also less distractible, which is the winning ingredient in a multiscreen world. It could also open the door to new forms of brand exposure for companies, translating to new advertising and sales channels for traditional broadcasters and filmmakers.

The key to making a compelling VR movie is to focus on creating immersive worlds rather than storylines. Conventional storytelling simply doesn’t suit a VR film. A 360 degree VR movie is actually a range of potential stories rather than a single story, because it can be viewed from many different angles. Filmmakers who ignore this fundamental aspect of VR film will annoy their audiences and fail to leverage the technology’s unique features.

VR is still some way off from mass consumer adoption. But one of its biggest hurdles — not enough interesting content — is firmly a thing of the past, and Google’s Pearl will not be the last Oscar-nominated VR Film.

In some countries, such as America, it is difficult for people to try out VR technology as consumers often have to often fork out US$1,000 or more to experience high-end VR. The trick is to make VR accessible, affordable and widely available. In China, there are over 100,000 internet cafes offering VR sessions for just a few dollars. Any VR kit that will sell well in the next couple of years is likely to be an inexpensive lower-end version that pairs with a smartphone, take for example Samsung, which has sold 5 million Gear VR headsets. Undoubtedly, Asia is leading the way in the mass adoption of VR technology.

For more insights, join Lionel Chok, Startup Founder/Creative Technologist, Immersively at the Virtual Reality Zone at BroadcastAsia2017. He will also be speaking about ‘Embracing Virtual Reality for New Possibilities’ on Day 2 of the Conference. 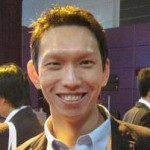 Lionel Chok, Startup Founder/Creative Technologist, Immersively, and Speaker, BroadcastAsia2017 is an aspirational Creative Technologist with over 18 years of experience in creative, media and design.. In between winning hackathons against the competition in the UK, he also dabbles with microcontrollers, digital fabrication using 3D Printers and laser cutters, to building sites and apps. He specialises in Augmenting Reality and Virtual Reality; and is looking forward to bringing emerging technologies to the forefront in education and businesses.