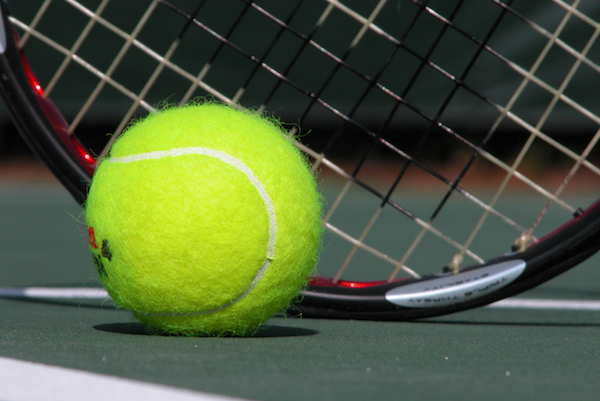 by Meghdad Abbaszadegan, adviser with Coplex

When I was 9 years old, I was super hyper and loved to hit things as hard as possible — in retrospect, I might have had some anger issues. Thankfully, my parents had the foresight to get me involved in tennis.

I quickly fell in love with the sport. Tennis allowed me to let out some of my adolescent energy on the court while garnering praise for my efforts. My coach helped me perfect an aggressive forehand and a big serve. Tennis offered a way to channel some of my negative emotions, such as anger and frustration, into something positive.

Most entrepreneurs are the same way: They start a new venture because they’re frustrated with existing answers to an ongoing problem. The successful ones take that negative energy and produce solutions that are valuable to people.

Online video service Pluto.TV started because the company founder was upset after he struggled to find new content for his daughter to watch on YouTube. Pluto has been tremendously successful, recently closing $30 million in Series B funding.

It’s important to note that pent-up aggression won’t get you far without a bit of finesse. I quickly realized that swinging wildly wasn’t going to win many matches. Similarly, entrepreneurs won’t find success solely because they’re passionate. Some of the lessons I learned while refining my tennis game have proven invaluable as I explore the world of entrepreneurship.

The first rule of tennis is to keep your eye on the ball. If you focus on anything else, you’ll miss your shot.

It seems easy in principle, but it can be an intense challenge against strong opponents. When the person on the other side of the net smacks everything back your way, you might naturally begin to look at where they are in hopes of discovering a weak spot. You’ll inevitably lose track of the ball — a death sentence on the tennis court.

This sort of situation is common in the business world. It’s easy to pay a lot of attention to your competitors and other outside circumstances, hoping to find a weak spot or other opportunity. In the same way the ball should be your sole focus in tennis, your company and its vision should be your main concern in business. Don’t let anything distract you.

In a singles match, you’re ultimately responsible for everything that happens on your side of the net. You might have a coach, friends, or family members cheering you on, but it’s up to you and your abilities to overcome the opposition.

Leading a company as a solo founder is a similar experience. You might have several people watching you — likely the same family members and friends — each with their own opinions about what you should do. You might even have mentors or other people trying to coach you.

Don’t forget that you’re ultimately the only one on your side of the net who has to make the decisions and live with the consequences. Focus on your own abilities and what you can do to improve your game rather than listening to the roar of the crowd.

In tennis, you have to commit to every single point. In his book “Open” tennis legend Andre Agassi wrote: “Points become games become sets become tournaments, and it’s all so tightly connected that any point can become the turning point. It reminds me of the way seconds become minutes become hours, and any hour can be our finest. Or darkest. It’s our choice.”

Tennis matches usually last for more than 50 points, but each of those points could be crucial to the final outcome. When you’re running a business, every single day is a point to be won.

Even when you face rejection or experience hardships, the next day offers an opportunity for a turning point. Put together a few good days, and you suddenly have a successful week. Several successful weeks become a great month, and a few great months become a fantastic quarter. Game, set, match.

There were plenty of times in tennis that I faced a strong opponent whose style I hadn’t encountered before. I stuck to my game plan only to find every serve and volley careening back toward me with seemingly twice as much force as before.

In those situations, there are two possible outcomes: Either you adjust your play style and stand a chance of winning, or you stick with your approach and lose. Tennis players must coach themselves, notice what isn’t working, and change course on the fly. Successful business leaders must do the same thing.

I recently spoke with the founders of InfluenceLogic, a Phoenix-based software company. The group started as VidFall, an auction website where the prices of goods and services decreased as users watched sponsored videos.

The team successfully pivoted from auctioning items into hosting live-streaming videos of events, acquiring 30,000 users along the way. Early this year, they again shifted focus to use their software to power marketing content.

Don’t let an early fault hold you back from success. Gather feedback from your customers, and adjust your game plan accordingly.

I noted the self-reliance inherent to singles play earlier, but doubles matches are a different story. When you play with a partner, you must focus on playing your part while simultaneously supporting your teammate. It can be a mental challenge, particularly if your partner just double-faulted and you feel like you’ve won every point for your team.

There’s no way to recover if one player starts to blame her partner or takes all the credit for their success. Their opponents can easily capitalize on the mental errors.

The same is true in business. About 65 percent of startups fail because of conflict between co-founders. On the flip side, businesses are incredibly strong when key players are unified. Work to foster open communication — not to blame or take credit — and lend your business partner support when mistakes happen.

Tennis is at least 70 percent mental — it’s primarily a battle against yourself.

To win, you need to be present and stay focused on your game plan for every point. The minute you lose track of why you are doing what you’re doing, things can become chaotic. You also need to be aware of when you should pivot. And if you’re part of a team, you need to act like it.

While you might not succeed in business by swinging a racket, a winning mentality on the court can help inspire a sound strategy in the boardroom. Game on. 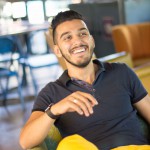 Meghdad Abbaszadegan is an adviser with Coplex, a Los Angeles- and Phoenix-based startup studio focused on truly collaborative product design, development and growth strategy. Follow Meghdad and Coplex on Twitter.

Entrepreneurs – Predicting And Preparing For The Future

Are You ‘Aged Out’ Of Owning A Business? Think Again: Why Now May Be Your Time

Harnessing Your Emotional Intelligence As A Female Entrepreneur