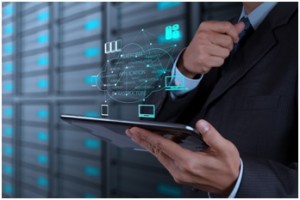 One of the biggest tech trends to pervade Australia is VR or Virtual Reality. At present, the VR technology isn’t really totally free of glitches but it has already been predicted that travel agents will soon start using this technology to show consumers new destinations and hotels will include tours of their own properties in advertisements. However, the use of VR will not be restricted to travel but transcend to other areas as well.

Here’s a glimpse at how the country has embraced Virtual Reality so far.

The future of Virtual Reality in Australia.

A few months back The Telsyte Australian VR and AR market had predicted that around 110,000 VR headset units would be sold in the year 2016 and the sales figures would cross 500,000 units per year by 2020. A visibly strong market growth will be noticed in 2017-2018 when manufacturers will shore up production. It has also been predicted that many techies will treat VR as a necessary inclusion in their collection of gadgets.

Telsyte also predicted that the demand for bulk production of Virtual Reality devices will primarily be steered by the video gaming industry. Both Virtual Reality and Augmented Reality will have a major role to play in shaping a network of developers who will help businesses utilize this particular technology quite like what the app developers are doing now.

Movies, games, sports, education and entertainment are the areas where VR is going to make major breakthrough. Additional applications including live streaming, social networking, health and fitness are going to demonstrate a major shift towards VR as well.

The Council of Australian University Directors of Information Technology Survey.

What more? Australian universities have shifted focus to VR as well. According to latest reports, University chief information officers are faced with an increasing pressure to concentrate on cyber security and emerging technologies like Virtual Reality and Robotics. The Council of Australian University Directors of Information Technology conducted an annual members’ survey, which revealed that while VR and robotics have started enjoying more attention, interest in online services and cloud computing is clearly waning. The survey has been conducted every year since 2006. It asks the technology chiefs of the sector to rank the top 10 issues or challenges they are currently faced with. Information security emerged the third highest priority here. VR commanded prominence in the list as well. Education tech chiefs are admittedly facing growing expectations from students willing to explore new technologies like VR as part of their learning.

Notably, Victoria’s Deakin University is all set to initiate the use of Augmented Reality as a teaching tool to be used in its medicine and engineering classes.

Bond University (Gold Coast), on the other hand, has already started using robots as part of its architectural courses.

As of now, it seems that VR is going to pervade the prominent sectors of Australia by 2017. It can only grow from there. To find out more about the latest in technology in Australia, such as the continued growth of VR in the country, you can check out DX news.