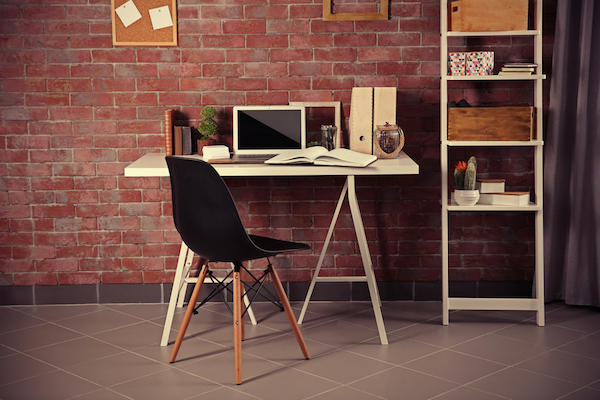 If you’re a savvy entrepreneur, then you are always looking out for new opportunities to make money. But getting established in any industry can be difficult. Most entrepreneurs just don’t have the capital to strike out and launch their own business. Usually, they’re forced to operate within their own homes, at least for the first few months.

Starting a business in your own home brings a whole host of advantages. It’s much lower cost, meaning it’s possible to bootstrap your way up. And you can cut overheads by getting rid of offices expenses, and all the other costs and taxes that go with it. You also get to be closer to family – and if you live in the right location, closer to your market too.

Here we’re going to investigate some of the businesses you can run from the comfort of your own home. Let’s take a look:

Start Your Own Green Marketing Consultant.

The green economy is taking off right now, thanks to the plummeting price of green technologies, like solar. This is driving a huge wave of innovation and giving entrepreneurs new markets to exploit.

Right now, thousands of companies are looking for ways to make their businesses green and improve their green credentials. They’re looking for experts who can help them make the difficult energy transition away from fossil fuels. And they want people who can produce great copy to sell their credentials to their customers.

Green consultants are also helping businesses capitalizing on the alternative lifestyle market. They’re consulting on everything from the booming organic foods trade to how to home bake your own products.

Believe it or not, there are still niches waiting to be exploited in the online retail space. Take Army Drill Sergeant Daniel Alarik. He left the military a few years back and decided to open his own online store. He wanted the store to focus on military apparel for people who love the military.

In a few short months, the business grew from practically nothing to employing more than nine people. Alarik then moved to Chicago and had to reduce the size of his business. He now runs it from home from his basement and keeps more than $120,000 of stock at his home. He now takes a six figure income from the business.

Speaking of basements, craft beer making has often been an activity run from the home. Many craft breweries that started off small have now developed into full-fledged national brands. Boston Beer, Lagunitas Brewing Company, and Stone Brewing Company have all opened a second brewery.

Opening your own brewery is easier today than it was in the past. There’s not an entire support structure that makes the lives of wannabe beer makers a heck of a lot easier than it was in the past. You can now get help with beer labels, finance, and distribution in a way that simply wasn’t there in the past. In effect, we’ve seen home beer making go the same way as the home ecommerce business. In 2016, all the tools you need – including a customized fermentation chamber for home brewing – are fully fleshed out and relatively inexpensive to access.

You might have noticed a whole raft of new companies launching in the healthy, but casual, food space recently. Among them is The Fresh 20. It’s run by Melissa Lanz, a woman who left corporate life to start a business from home. The purpose of The Fresh 20 is to make it easier for people to cook their own meals at home. The meal plan service customizes people’s meals based on their particular needs. For Lanz, the main appeal of starting the business wasn’t the business itself, but escaping corporate life. She hated the office politics and the nine to five and just wanted to escape the entire system. Her company is now set to rake in more than a million dollars in revenue.

We all know that life right now for the average American is a little difficult. Rents are up, medical costs are up, and wages are flat. Matthew Cheng realized that he could play a part in helping to solve that problem. He saw that many businesses were offering coupons, but they didn’t have the marketing reach to connect with their customers. At the same time, he saw many customers in need of money off their shopping who didn’t know about coupon offers. Connecting the two was an obvious solution.

Cheng’s coupon business originally started out life in an office. But he soon realized that the setup didn’t make any economic sense. Plus, with working late, he was getting into bad habits working out of the office. He and his coworkers were ordering fast food every night instead of cooking, and it was making them all feel slow and tired. Cheng moved back into his home. His diet improved. And he could access all of his equipment immediately since it was in the next room.

Maria Spetalnik is a woman on a mission to declutter the world. She’s the founder of the aptly named startup, Conquer the Clutter. They consult with various clients on how to sort out their messy environments and sort out their stuff.

Spetalnik decided that a home based business was for her when office prices in Washington began to spike. Having a business downtown just didn’t seem to make much sense, given how mobile they were.

Being at home also came with other benefits. For instance, Spetalnik was able to look after and care for her husband when he broke his arm.

So what have we learned here? Thanks to better communications and a changing culture, it’s now easier than ever to work from home. In fact, home working is now the preferred option for many businesses – including those who started their own tech YouTube channel – who initially thought that renting an office was the only way to go.