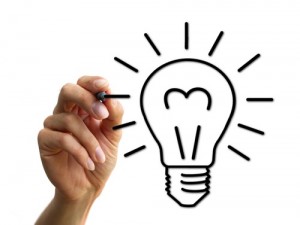 The increasing ubiquity of the Internet and social media has opened the doors for all sorts of businesses that wouldn’t have been possible even ten years ago, but they have also created new challenges for entrepreneurs to overcome. If you find that you are getting mostly No answers when you pitch your business idea, see if you can get some honest feedback from those who have been successful. Find out what you might be doing wrong. Do you need more work experience? Could your business plan be improved? Is your elevator pitch lack luster?

You’ve put in the work. You came up with what you think is a brilliant business idea, you moved to Silicon Valley, and you’re working on connecting with venture capitalists to get your first round of funding in motion. But there’s no one biting; they barely even seem interested! What could have gone wrong?

It’s not your idea…it’s you.

This can be a hard pill to swallow, but it’s possible that you don’t have the right experience to convince a venture capitalist or angel investor that your idea is the one they should be backing right now. Take a hard look at your presentation, your business plan, and your elevator pitch. Are they as compelling as they could be? Are you dressing professionally when you go to meetings? Are you selling your idea as convincingly as you could be?

Strong entrepreneurs don’t give up; they find a way to solve the problem. One way to get honest critique on what you’re doing wrong might be to connect with a local entrepreneur that you know to go over your idea and see what might not be passing the sniff test. It’s possible that there’s something wrong with your idea, but it might also be that you’re presenting it poorly. Either problem can be fixed, but it’s important to know which problem you have.

You haven’t defined your audience.

One of the great truths of marketing is that if you think your audience is everyone, you’re wrong, and you need to start over. Even companies that have grown to be as ubiquitous as Facebook and OKCupid started with smaller, more specialized audiences.

Facebook was originally mostly used by college students, and it was only over time, and with substantial changes, that the startup grew to its current, massive size. When you sell your idea, you need to include the audience that you are targeting.

You don’t have a plan to connect with your audience.

Many investors spend time on crowd-funding sites, looking for opportunities to connect with new products and ideas. One of the biggest mistakes that many entrepreneurs make when they pitch their products on these sites is failing to explain how they go from “We’ll make an awesome product” to “we’ll see a return on our investment.”

We live in a busy world, where interruption marketing is of less and less value, and permission marketing is on the upswing. Permission marketing requires a multi-platform, targeted approach to customers. Investors want to see that you know where your audience hangs out, in real life and online. They want to see your substantial social media profiles with prolific updates and an engaged audience. This tells them that you can hit the critical mass that pushes you forward into real entrepreneurial success.

Your idea isn’t likely to scale.

If your concept is going to be very relevant to the users of one small (or even medium-sized!) town, and no one else, it’s going to be difficult to get backing for your idea. From crowd-funding campaigns to venture capitalists, companies that invest money in startups are looking to see a substantial return on their investment. If your business idea is going to be a tiny little company that trundles along happily for the next decade, you will likely be patted on the back and sent on your way.

If you want to get more Yes answers than Nos, you need to explain how your idea has the potential to grow beyond its original audience.

Your enthusiasm has waned.

Recent studies have shown that the vast majority of unicorn companies still have the founder as CEO when the company crosses the $1 billion mark. This changed with Mark Zuckerberg, who carefully guarded his controlling stock in Facebook despite multiple rounds of public funding.

If you give off the idea that you’re in it to sell out at the first chance, investors may be less interested in your concept. It’s less likely that your company will survive the first, early struggles of business formation if you’re not passionately invested.

Identify the problem, and then move forward to figuring out the best solution. Sometimes the solution is, unfortunately, to get a new idea. It happens to the best of us. 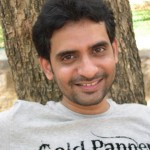