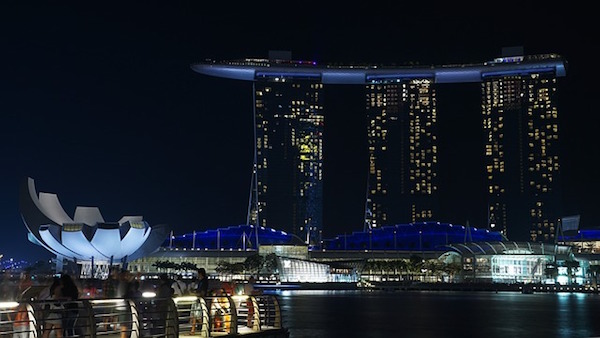 In March 2016, Rosanne Hortensius left the Netherlands to launch online couponing platform Saleduck in Southeast Asia. As the company’s Commercial Manager, Hortensius was armed with the responsibility of setting up the office’s headquarters in Kuala Lumpur as well as growing the local team.

Along with Ben Rogmans – Saleduck’s CTO and co-founder, the two have spearheaded the movement towards expanding Saleduck in five countries within Southeast Asia and are now looking towards furthering the platform’s presence in more countries within the region.

Following the company’s success, Hortensius remains honest and open about the fact that the journey wasn’t always smooth-sailing and as it is in the nature of many business endeavours, mistakes were made but fortunately, lessons were also learnt.

In this article, she shares her experiences of what she has learnt along the way and what can be done differently.

People place value on different things here in Southeast Asia so it’s always a good idea to determine what drives them. Back in Europe, it is very common for companies to provide its employees with a daily supply of healthy snack, a coffee corner with good coffee or even a barista, company events, Friday drinks etc and it’s usually a high-selling point amongst potential employees.

We tried doing the same here with our Southeast Asian team but we soon realised that our team members actually preferred spending their Friday nights at home with their families or out with their friends. Also, in Southeast Asia the Islam is the dominant religion in most countries such as Indonesia and Malaysia which means that a lot of your Southeast Asian team members may not consume alcohol. Taking note of this before organising any get-togethers or drinking sessions is very important.

Instead, something like flexible working hours is really appreciated and with traffic jams being really common during peak hours, flexible hours allow them to come in and leave before the roads start to get busy.

While it is quite rare in Europe, many companies in Southeast Asia also provide their employees with health insurance that also extends its coverage to their partners. The first platform we launched was our Singaporean site and we realised that most large companies there provide their staff with basic health insurance coverage and the same goes for Malaysia and Thailand. Not knowing this when we first started out may have gotten in the way of our ability to hire more people during the initial stages but we’ve definitely come to realise that taking note of these factors can make a world of difference and is a small but notable way for a company to show that their employees’ well-being matter to them.

2. Looking for talent in the wrong places.

One of the mistakes we made early on was delay our hiring process because we were so intent on finding people with very specific, long-term experiences but the reality is, the e-Commerce ecosystem is still relatively new in Southeast Asia which means that finding locals with extensive experience in the field is not going to be an easy process. That being said, there is no shortage of talented, enthusiastic people who are able to learn fast and work independently with the right training and guidance. Upon realising this, it definitely helped to speed up the hiring process and we now work with a multicultural team of 14.

3. Being too direct during meetings.

We’re usually very straight to the point in Europe during business meetings and the initial meeting can often lead to big decisions being made on the spot. In Southeast Asia, the first meeting is usually for the purpose of making formal introductions and sets the tone for any follow-ups.

For example, when we were in the process of setting up our Indonesian site, we had a lot of meetings in Jakarta and I learnt that you don’t straight out launch into your proposal during the first meeting as that can come across as being overtly aggressive, instead you use it to first get acquainted and learn a little bit more about one another and the company. Business decisions are made gradually and it’s common for either party to only initiate their demands or intentions after the second or third meeting. Similarly in Thailand, potential business endeavors rarely happen prior to having met face-to-face and it is very common for people to only start talking business after they are more familiar with one another.

Another example is picking up the bill during business meetings. There have been times we may have offended someone by paying for coffee. The general rule of thumb here is that the business owner or the initiator of the meeting should pay but it’s always a good idea to check with your companion if they’re alright with it and if they insist on paying, you should graciously accept.

When we first started Saleduck, we hired a developer and he went on to take on quite a lot of responsibilities however during the second month of his probation, he accepted a position elsewhere and wound up leaving us within the week itself.

In an effort to prevent this from happening, we now have a two months notice period, this way the company has more time to prepare for the employee’s exit, even though the company also has less time to decide whether or not the employee is a good fit to the company.

5. Expecting our references to be universal.

This may seem like an obvious point but the sooner you learn that what worked in Europe may not work in Asia, the better. Sometimes, we have a tendency to believe that our references and experiences are universal and while this does happen to be the case occasionally, most of the time it isn’t.

For example, it’s very common in Europe to get everything done via email. Reminders, enquiries, even introductions! Calling directly through the phone is sometimes seen as a disturbance so don’t be surprised if you call someone and are curtly told to just send over an email instead.

From experience here in Southeast Asia however, it’s the exact opposite. Especially in Malaysia, Thailand and the Philippines where people are a lot more responsive over the phone. There have been instances where we have sent an email, gone weeks without hearing back and then finally just picking up the phone, and voila, someone answers and the issue is settled within minutes of talking.

6. Not being aware of cultural norms and religious practices. 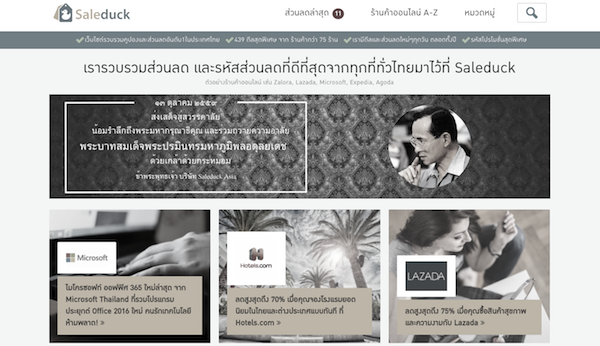 I think culture plays such a big role here and some of the biggest lessons that we have learnt are culturally driven which is why it’s important to to take note of the cultural differences that set apart each country in Southeast Asia. It’s pretty common amongst Westerners to regard Southeast Asia as one country with a shared culture across the board but this couldn’t be further from the truth. Learning about and respecting these differences are crucial to succeeding in each country.

The phrase “When in Rome’ really rings true and doing as the people do is merely a symbol of respect. With the recent passing of Thailand’s King Bhumibol Adulyadej, all websites in Thailand now bear a tribute to the late Monarch. While it was without any question that our webpage in Thailand should do the same, we only followed suit upon realising that all other eCommerce sites were doing it. I’ve come to really understand that in instances such as these, we need to be able to know when to put respect and cultural sensitivity ahead of sales conversions and concern over lost profits.

Another example of being conscious about cues is the custom of removing one’s shoes when entering the home. Quite a number of companies here practice this in the office. While not all companies do this, it’s always a good idea to look out for a sign at the entrance just in case!

Also in Europe, lunch breaks are much shorter (usually about 20 minutes to half and hour) and a lot of people like to eat in the office so it’s normal to set up a designated space for employees to have their meals. Here in Southeast Asia, we noticed that it’s more common for lunch breaks to last an average of one hour and that people prefer to go out for meals. Not knowing this upon arrival, we spent money on setting up a lunch area expecting that people would do the same as back home only for it to be the opposite. I think that it always helps to find out a little bit more about working habits and common practices amongst employees beforehand so that way, you can provide them with what is useful and beneficial and not invest in things that they don’t really need or use.