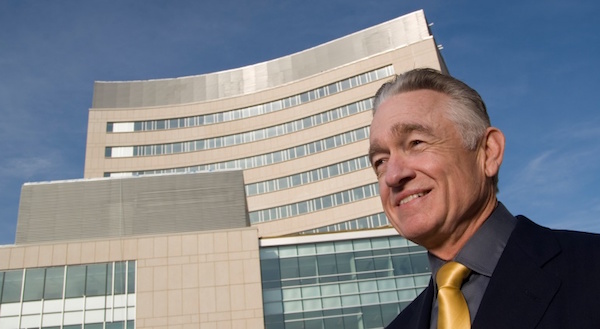 Canada is rich with entrepreneurial spirit, as evidenced by the breakthrough tech startups in Waterloo and Ottawa, the Mom and Pop shops on the prairies and the local fisheries and artisan businesses on both Canadian coasts.

According to the latest data from Statistics Canada, small businesses account for 97.9 percent of the country’s 1.17 million businesses and indeed truly serve as the lifeblood of the Canadian economy. The inspiration behind many of the country’s most successful small and large businesses has come as a direct result of the entrepreneurial spirit found in Canadian citizens across the country.

In 2015, Canada ranked second in the world in terms of entrepreneurial activity, surpassing most G7 countries and a majority of the developed world. The study, which was conducted by the Centre for Innovation Studies in Calgary in conjunction with the international Global Entrepreneurship Monitor in London, found Canada’s steadily growing level of entrepreneurship is on a par with Australia. The research also found that 13 percent of Canada’s working-age population is engaged or involved in various early-stage entrepreneurial activities.

“The Canadian environment and culture for entrepreneurship is healthy,” notes the report. “Entrepreneurship is seen as a good career for which opportunities exist within the capacities of a large segment of the population.”

Despite Canada being fertile ground for entrepreneurship and despite the roughly 1.14 million small businesses that exist in the country, it’s estimated that half of new small businesses won’t make it to their fifth year anniversary. There are a number of factors involved in the failure of a business, however, a majority of them stem from lack of proper planning.

Ian Telfer is a Canadian executive who has been working in the country’s mining industry for more than thirty years. Currently serving as the Chairman of the Board at Goldcorp Inc., in his storied career as a business leader, Telfer has founded several successful mining companies, including TVX Gold, Silver Wheaton and Wheaton River Minerals. Given Telfer’s achievements and his lengthy career as an entrepreneur and business executive, it’s useful to note some of the guidance points that Telfer provides when it comes to how today’s entrepreneurs can find success.

Ian Telfer who, as mentioned, has built his career around the volatile gold sector, reminds aspiring entrepreneurs and business owners to harness the excitement of their endeavors and use it to draw others in.

“Excitement is contagious,” explained Telfer. “You have to show that you are really excited if you want to entice investors and spark their interest.”

Remaining passionate about your business’ potential can also help you get through the first months, when it seems like everything is an uphill struggle. If you feel your excitement or engagement level starting to wain, a quick review of the business mandate and vision is often enough to get you back on track and re-engaged.

2. Be a Good Partner and a Strong Leader.

Building any business from the ground up is a labour of love, which is why it’s so very important to have a committed, hardworking team. It’s also equally important to be a strong leader to the team. After all, they are also the ones who are investing in the business vision and are working just as hard and just as passionately to achieve success.

“Everyone wants to feel like a valued member of the team. As the leader, it is up to you to make sure each team member feels that way,” noted Telfer.

Last but certainly not least is Ian Telfer’s golden nugget of advice for all business executives: return all your phone calls. As the mining executive pointed out, sometimes opportunity gently rings, instead of knocks, and you don’t want to miss that ring when it comes.

When speaking with young entrepreneurs, Telfer often recalls how a phone call changed his career aspirations and, in many ways, his life. “Before I began working in the mining industry, a phone call from the University of Ottawa changed my life.”

The call that Telfer is referring to was his late admission into the Masters of Business Administration program at the University of Ottawa. Telfer, who had been looking forward to earning his master’s degree, had applied to a number of universities without a response. Finally, just days before classes began, Telfer received the call from the admission office at the University of Ottawa inviting him to attend their business program.

To this day, Telfer hasn’t forgotten how the university believed in him and indeed regularly contributes to the school through a variety of philanthropic endeavors.

Ian Telfer added, “I think in many ways my success is proof that you need to answer the phone and return calls. After all, you never know who or what might be happening on the other end and where it will lead you.”