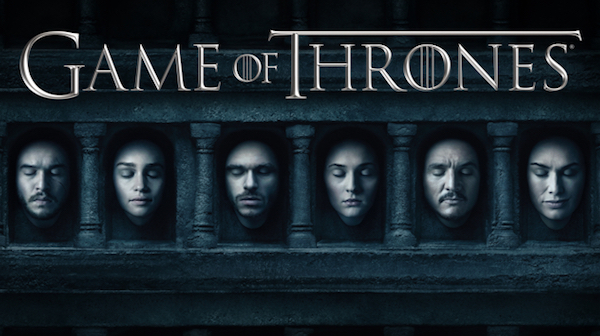 by Leslie Licano, co-founder and CEO of Beyond Fifteen Communications

The only HBO series to increase viewership six years in a row, Game of Thrones has unequivocally outdone itself — and every other HBO series in between. At the end of its sixth season, the bellicose and violently belligerent network hero, which averages 23.3 million viewers per episode, relished in a 15 percent hike in total audience over last year. Even premiere ratings went up 6 percent to 7.3 million and overall TV and on-demand viewership rose by 4 percent. But more surprising was the astounding 70 percent increase on HBO Now and HBO Go digital platforms over last season.

While HBO C.E.O. Richard Plepler recently told USA Today that these numbers support his presumption that by expanding streaming services the network would reap the rewards of a wider audience overall, they also prove that HBO, like the show’s mad genius, Lord Baelish (a.k.a Littlefinger), knew a thing or two about grabbing someone’s attention and holding onto it — year after year.

“Everyone wants something,” Lord Baelish says to Alayne, who is Sansa posing as Littlefinger’s illegitimate daughter in the Vale. “And when you know what a man wants, you know who he is, and how to move him.”

The fictional series may seem like a study in real-life Machiavellianism but it’s also a primer in modern-day public relations. As industry professionals — and loyal Thrones fans — known for taking Plain Janes and John Does from out of the shadows and into the spotlight, we at Beyond Fifteen have observed some pretty significant lessons and similarities the show shares with successful PR campaigns, of which knowing your audience is number one.

1. Know — and captivate — your audience.

Sunday evenings in America have taken tens of millions of people out of their dreaded night-before-Monday-morning blues and into a world of unadulterated fantasy, where masochistic plot twists, betrayal and gore saturate and satisfy the fiction-hungry masses. Perhaps it would be the same on any given night of the week, but HBO may have put all its stock in knowing what a Sunday evening audience craved: escape. It’s no different in public relations, particularly when pitching people and ideas to the press. You may have a great story to tell, even one that could be a made-for-TV movie, but without knowing your target—those journalists and influencers you’re trying to reach — you’ll be wasting all of your precious arrows.

2. Be straightforward — it’ll terrify the competition.

Varys, often referred to as the Spider, is a Thrones pivotal character in seasons two, three, four, five and six that states, “There is no creature half so terrifying as a truly just man”. A skillful manipulator who commands a network of informants across two continents, he understands the true power of honest men, though he continuously seeks to outwit them. Season six of Thrones hit hard on the notion of good prevailing over evil, even though the “good” die as easily and as untimely as those that are considered “bad.” But more to the point is the idea of redemption when a mistake has been made. Coming clean and admitting fault immediately.

Honest mistakes happen in every industry and to companies of every size. While it is tempting in PR to add a little more color to a pale palette, embellishing or steering an audience into distraction to avoid the truth is the quickest way to lose respect and trust. When you make a promise, deliver on it. When you make a statement or even an honest mistake, be straightforward and forthcoming. Say what you mean and mean what you say and never fall to the vices of intentional manipulation. Truth, honesty and transparency have a staying power unlike any other and it doesn’t require the kind of effort it takes to spin a web of tall tales.

As one of its richest and most powerful families and oldest dynasties in the Thrones realm, the Lannisters teach us that promises are good to keep. In fact, the plot of Thrones revolves around promises, some of which include Brienne of Tarth’s pledge to protect Catelyn’s daughters, Arya Stark’s mission to avenge her family, and the Lannisters’ promise to always pay their debts (for god’s sake, they’ve been repeating the phrase for hundreds of years). In fact, every brand should hold itself to a high standard and consistently deliver on every claim, every promise that is made, or message that is delivered. It is not only essential to gaining trust from the media, consumers and the general public alike but also reinforces a brand’s true identity, time after time and year after year.

4. Always be prepared for crises — they’re bound to happen to the best of us.

There are countless lines, scenes and characters in Thrones that hammer home the importance of being prepared for a crisis. Quite frankly, the whole series is one big crisis after another. And the characters are either orchestrating one, trying to avoid one, actively engaged in resolving one or planning for the next one — which seems to be the best strategy. As demonstrated by Jon Snow and the Night’s Watch who after training and preparing for surprise attacks prevent the King-Beyond-the-Wall from taking control during the Battle of Castle Black, planning for a crisis will pay off tenfold. Sure, a little blood may be shed but the damage you suffer will be far less than what occurs when heads remain buried in the sand.

5. Don’t be afraid to take your message to the next level.

As Thrones wrapped up another season, the storyline has climbed to another level, with female characters unexpectedly driving nearly all the main narrative threads. A daring move, Thrones elevates women who are traditionally seen as sex objects, slaves and victims, and broadens their male-dominated horizons and awakens them to a new dawn.

“Our fathers were evil men,” states Queen Daenerys Targaryen. “They left the world worse than they found it. We’re not going to do that. We’re going to leave the world better than we found it.”

From a business perspective, the world today can appear quite cold. In fact, in an ever-expanding global market it can be cutthroat and downright cruel. For some, it may be enough to command attention and hold it, but for others it is about moving forward and continuously improving. At Beyond Fifteen we find it most gratifying when we’re spreading inspiring and authentic messages that have the potential to truly make the world a better place.

Perhaps Jorah Mormont sums it up best when he says to Daenerys: “You have a good claim. A title. A birthright. But you have something more than that. You may cover it up and deny it, but you have a gentle heart. You would not only be respected and feared, you would be loved.” Machiavelli may have been wrong. Better to have a heart; then, you can truly have it all. You’ll not only be loved (by your clients and customers) and respected (by your colleagues and peers) but you’ll also be feared — by your fiercest competition. 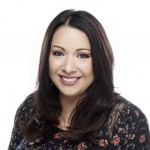 Leslie Licano, co-founder and CEO of Beyond Fifteen Communications, is an award-winning public relations strategist, renowned for her ability to spotlight individuals and companies as trendsetters, innovators and newsmakers. As leader of client strategy, Licano steers her team toward breakthrough work through high-concept thinking while serving as chief counsel to the company’s extensive roster of wide-ranging clients.