Do you feel like things are changing faster than what you can keep up with? Do you feel the world is changing more quickly than ever in history?

When I ask these questions to audiences, they enthusiastically agree that change is all around us and that it is a fulltime job just to keep up. We often romanticize about the 20th Century and the first part of the 21st Century as being an era of change. But was it really? I want to challenge that notion.

For the most part, the 20th Century was about what Jim Collins calls the “flywheel”. We actually spent the better part of the last century, and the first part of this century, improving efficiency of known products so as to protect the way we lived about 60 years ago.

When my grandfather’s family moved from Kansas to Canada in the very early 20th Century, it was a harrowing trip by train in a boxcar shared between family and farm animals. A fire kept the family and animals from freezing to death, and food was stored and provided by the most primitive means. Toilets – forget about it. The family travelled next by horse-drawn carriage to homesteaded land where they lived in a shed until they were able to build a home from scratch. Every day was a question of survival.

In just one generation, when my Dad moved – or when I moved, or my children moved – it was essentially the same program — moving vans with professional movers that we followed travelling in our private automobile or commercial plane. For about 70 years, most of us have lived in a modern home with central heating, wired electrical service, private wired telephone service, and municipal services like roads and central water and sewer systems,

During my grandfather’s life, he went from not knowing what a motorized vehicle is to seeing Boeing 737 jets flying in the sky, and people on the moon. During my entire life, we travel mostly by private automobile at roughly the same speed on largely the same roads, fly by commercial plane, live in houses that are fully serviced, shop at the supermarket, communicate by telephone, etc. The difference is that my grandfather witnessed what I will describe as general purpose technology paradigm change in his lifetime, whereas I, and probably you, have not. Think about that as a contrast in change. It is profound and humbling.

We are living in what economists refer to as Industrial Revolution 2 (IR2), which was launched by the almost simultaneous invention of three of the most impactful general purpose technologies of all time: the light bulb, the telephone, and the internal combustion engine. All three were invented in the mid to late 1870’s, and through the exploitation of complementary innovations, they combined to radically change the way of life for humans over a relatively short period of time between the early and mid-20th Century.

The light bulb was the catalyst for the democratization and exploitation of the distribution of electricity. The telephone likewise was the catalyst for telephone cable wiring to home and businesses, which ultimately has had a profound influence on communications through cables connected to all homes and businesses. The internal combustion engine radically changed human mobility. Each of these inventions led to significant innovation, democratization, and exploitation stages.

To better understand the shift from innovation to democratization stage, let’s consider the invention of the internal combustion engine, which led to the innovation of the automobile, along with many other innovations, such as the airplane or heavy machinery. At the turn of the 20th Century, there were thousands of automobiles, but also thousands of auto-manufacturers. The automobile, a pervasive innovation emanating from the invention of the internal combustion engine, was a custom product available exclusively to only the richest upper crust of society. An exclusive product for exclusive clientele represents innovation, but not democratization. That was before Henry Ford.

With mass production assembly line technology, and standardization of the automobile features, in just a few years, Mr. Ford was able to reduce the price of a car to less than 20 per cent of the price it was when he started production. This is a vivid example of how invention (the internal combustion engine) leads to innovation (in the form of the motor vehicle), which then led to democratization as Henry Ford took an exclusive product and made it accessible to the common person.

In a similar manner, the light bulb created a viable reason to wire homes for electricity, thereby democratizing both the light bulb and it’s complementary energy source of electricity. Mass distribution led to efficiency in installation, which led to faster and broader reach of transmission and distribution wires, and creation of new power plants and energy sources. With electricity eventually being extended to all homes, it was convenient to also wire homes for the telephone, which soon became the democratized ubiquitous means of communicating. The telephone provided unprecedented means to instantly communicate with friends and family.

The demarcation is not clear, but somewhere later in the 20th Century, or in the first part of the 21st Century, we began moving into a commoditization stage where prices stabilized and even started to retract, certainly for the light bulb and the telephone, as well as for many of the more rudimentary related innovations. The personal vehicle has some staying power as a symbol of status and identity, but the influence of the light bulb, telephone, and internal combustion engine on driving our economy forward is waning in the wind.

While we feel like the rapid adoption of Angry Birds or Twitter are life-changing, in fact IR2 is winding down and is likely to be replaced by IR3, which will be led by new technologies such as machine learning, genome/biotechnology, nano-technology, energy transitions, or 3D printing. We are not today living in a period of rapid change, but we may be in the near future. Are our businesses ready, or will they end up like the buggy whip manufacturer’s after the car replaced the horse-drawn wagon? 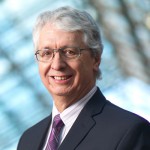 Jim Dewald is the author of “Achieving Longevity: How Great Firms Prosper Through Entrepreneurial Thinking“. He is the dean of the University of Calgary’s Haskayne School of Business and an associate professor in strategy and entrepreneurship. Prior to entering academe, he was active in the Calgary business community as the CEO of two major real estate development companies and a leading local engineering consulting practice, and president of a tech-based international real estate brokerage company.