Many of us unconsciously believe that women in leadership roles should be like men — whether we will admit this or not. Certainly, this view has gained support in research of successful leaders: those females who have characteristics traditionally attributed to males (i.e., competitive, ambitious, assertive, task versus interpersonally orientated, secure in holding power and authority over others) will be perceived as more effective than women who do not have these traits. In fact, some studies suggest that professional women who are nurturing and cooperative (what are called “stereotypic feminine traits”) will be perceived in the “dog-eat-dog” man’s world as incompetent.

When looking to hire women for leadership positions, the conclusion for those in the public or private sector (whether driven by our own gut instincts or by social psychological research) is that to be perceived as competent, women in authority have to be assertive, perhaps even ruthless in their decisions, and autocratic in their style. Otherwise no one will listen. We call this type of woman Machiavellian Mary. She plays well in the “male” game of pyramidal hierarchies. She knows how to be pleasing to those on top and how to control and step on and over those below.

As women professionals, we’ve been the recipients of this style ourselves. Our female colleagues and friends agree that our worst bosses have been Machiavellian Marys. Many tales are told of how Machiavellian Mary created friction, pitted co-workers against each other, promoted dissension and an atmosphere of suspicion and distrust. These stories reveal how Machiavellian Mary lowered morale, caused employee strife, damaged productivity, contributed to EEO actions and lawsuits, and jeopardized solvency.

Yet, Machiavellian Marys continue to be prominent in leadership positions of power across sectors. Why?

Frankly, they succeed because both men and women believe in the myth of the “Iron Lady” as characteristics that are admirable because they promote the “bottom line.” We may unconsciously assign nurturant styles to the roles of subordinates to be led, but not to be leaders. We may think that women who are able to move up “the leadership ladder,” did so because they could be ruthless; or if that is not palatable, we may soften the adjective to “realistic” or “has business sense.” Such a woman plays the game skillfully.

Despite gender equality as the overt mantra, archetypes of strength as masculine and weakness as feminine remain potent today, just as they have in the past. Power impacts our view of others; we respect those with status and assign lower esteem to those without. Men have had more power than women; consequently, we women may unconsciously assign more respect to women who lead like men.

Also, men may well be more comfortable with Machiavellian Mary, at least initially. Machiavellian Mary has no problems in promoting herself. On the surface she can look like she is getting the job done and not distracted by interpersonal issues, such as being concerned about the needs of others. As she does not have feminine frills like a democratic style (e.g., acknowledging team work), tasks such as down-sizing, aggressive take-overs, and issuing demotions come easily.

Is a nurturing leadership style just a nice theory that plays well in academic journals and sounds good in conferences about transformational leaders? Is it more aspirational than pragmatic? Several years ago, researchers found that biomedical research centers with a nurturing leadership style yielded the most major biomedical discoveries. One can find examples in other fields where promoting cooperation rather than competition enhances creativity. Hiring Machiavellian Mary may look good at first; but in the end, will torpedo the true growth and potential of the business.

Our background, as clinical and forensic psychologists, has given us a front row seat in viewing the underbelly of human nature. We have done so long enough through interactions with people who have psychopathic styles to know that this never brings out the best in others. Instead, as shown in the biomedical arena, cooperation instead of “dog-eat-dog” competition, fosters creativity: be it inventions, original works, scientific contributions, or successful businesses.

Machiavellian Mary kills potential. The key to new ideas and growth comes from planting the seed of entrepreneurial altruism. We believe that a cooperative spirit of promoting the success of others, which is archetypically feminine as it is nurturing and maternal, will stimulate and encourage the exponential explosion of phenomenal creativity and productivity. 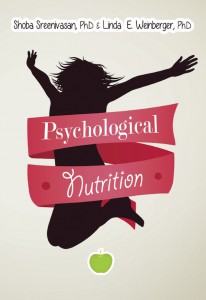 Dr. Shoba Sreenivasan earned a Ph.D. in Clinical Psychology from UCLA in 1986 and completed a post-doctoral forensic fellowship at USC. She is a Clinical Professor at Keck School of Medicine of USC, works as a VA psychologist, and has a private forensic psychology practice. She’s co-authored “Totally American“, and authored the Mattie Spyglass series. She has also written numerous scholarly publications and book chapters in the fields of forensic psychology, violence risk assessment, and Veterans’ issues.

Dr. Linda E. Weinberger earned a Ph.D. in Clinical Psychology from the University of Houston in 1979 and subsequently completed a postdoctoral forensic fellowship at USC. She has been the Chief Psychologist at the USC Institute of Psychiatry, Law, and Behavioral Sciences, and Professor of Clinical Psychiatry at Keck School of Medicine of USC for over three and a half decades. She is the author of numerous book chapters and scholarly publications in the fields of forensic psychology, suicide risk, and violence risk assessment.