By Steven D. Goldstein, author of “Why Are There Snowblowers in Miami?“

Start-up companies obviously face many difficulties. Once they make the decision to start their business, they must operate at full throttle almost immediately. They know that if they do not build their business, and quickly, they’ll have nothing — so it becomes a fight for their life from day one. There are dozens of concerns—raising initial funding, building the technology, and finding initial customers, just to name a few. Most start-ups fail, mostly because they run out of money too early.

However, the more established companies, especially when they are large, successful, and have been in business for decades or longer, face their own specific set of challenges. Older, successful companies have great attributes, but they often fall victim to their own successes. Inertia can play a big role. Ideas, systems and programs can become entrenched.

There are common, detrimental characteristics present in many established companies that seem to evolve over time — even though no one in these companies has set forth an explicit strategy or plan to create them. Here are the four major mistakes most traditional companies make:

1. They don’t really know what their customers think of them.

Just because customers continue to buy from you does not mean they are necessarily happy campers. Customers may not have discovered a good alternative to your product or service yet, or they may not have gotten annoyed enough with you yet. But the minute one or more of these conditions take hold, they’re moving on. And when they do, does the company even know that they’ve left? Usually the answer is no.

2. They take it on faith, often wrongly, that sales will continue to grow.

Established companies often just take it for granted that sales will continue to grow at the rate they have in the past, or at an even greater rate. This assumption leads to making safer investments, which often means investing in new facilities for the same products and services, expecting continued growth (growth that often does not materialize) rather than investing in new initiatives.

3. They have a tendency not to worry enough about the competition.

Established companies are liable to dismiss new competitors as too small to make a significant impact on their large company—sort of like not bothering to swat at mosquitos. Why haven’t Visa, MasterCard and American Express launched new payment products like the ones created by PayPal, Square, Stripe, ApplePay, and countless others? Their customers are using these new products and starting to question whether they should still be using a card when they can more easily pay with their smartphone. (Sometimes the more savvy older companies, after they see the start-ups gaining traction, create joint ventures with these firms or acquire them.)

4. They have a historical bias toward owning assets rather than focusing on core competitive advantages.

The upheaval created by the “sharing economy” is having profound impacts on more traditional companies. Airbnb has a market capitalization greater than Marriott, and Uber is more highly valued than each of the three top domestic airlines (Delta, United and American). Yet in almost every city around the world, the taxi commissions, who license this form of transportation, are arguing fundamental protectionism for their members. They are not interested in the taxi customers but rather the taxi drivers—and this is exactly where companies like Uber are attacking. Uber asks: “What does the customer want?” And then provides it.

Of course, most start-ups such as Uber are like speedboats, able to go super fast and adjust course quickly, while older companies are more like modern day cruise ships—with ten decks, three swimming pools, a rock climbing wall, and a five thousand-passenger capacity. Still, established companies need to take a page from start-ups. While they can not expect to be able to move with the speed and agility of a young company, big companies need to be sure they are always taking a fresh, outside-looking-in view of their organizations, and not simply resting on their laurels. 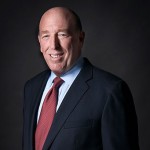 Steven D. Goldstein is a proven leader who has held executive positions with leading global brands, such as American Express, Sears, and Citigroup, as well as several early-stage enterprises. He currently works in the private equity industry as a Senior Advisor with the consulting and advisory firm Alvarez & Marsal, serves as Chairman of US Auto Sales, serves as a Senior Advisor to Milestone Partners and an Industrial Advisor to EQT Partners (a global private equity firm based in Stockholm). His forthcoming book, “Why Are There Snowblowers in Miami?“, will be available in Sept 2016.