by Donovan Janus, founder of 17hats

When food and shelter are a freelancer’s two heaviest expenses, a conversation about “costs” sounds absurd, no? Unless you breakfast on caviar, truffles and Dom Pérignon in a Mediterranean villa tended by your manservant Basil, your costs can’t be that bad.

Most freelancers build a business with gear they already own and write off whatever expenses arise. For example, one freelance writer I know breaks his backspace key every six months and needs to replace the whole keyboard. Shift happens.

However, some freelancing costs don’t appear in the books. These costs are emotional, spiritual and physical. They redden the ledgers of life with consequences well-documented by researchers. The question is, how can you balance your books when your whole life is on the line, not just your finances?

Freelancing can become who you are, what you are and how you are. All types of entrepreneurs become this intertwined in their work, often at a price.

Consider that 72 percent of entrepreneurs self-reported a personal or family history of mental health issues in a study led by Michael Freeman, M.D. of UC San Francisco. 49 percent reported having one or more lifetime mental health conditions versus 32 percent in the comparison group. Entrepreneurs’ rates of depression, substance abuse, bipolar disorder and suicidality were all significantly higher than in the comparison group.

Either way, entrepreneurs do report above average levels of worry and stress in the Gallup-Healthways Well-Being Index. And as a meta-analysis of 228 studies found, stress is deadly. Lead researcher Jeffrey Pfeffer, a Stanford professor of organizational behavior, told ABC, “The exposures we talk about are as harmful to health as second-hand smoke.”

My aim is not to scare anyone. You’ll find that entrepreneurs do outscore the general population on learning, enjoyment, sense of purpose and other uplifting metrics. However, to have a sober conversation about freelancing’s costs, we must acknowledge these mental, physical and spiritual stakes.

Academic researchers seem to take it for granted that entrepreneurs are stress cases. Fair enough. But rather than merely cope with stressors, what if we could eliminate some of the causes? Among freelancers, this option hasn’t been studied in any academic way. Based on my conversations and experiences with freelancers, I think three issues deserve the lion’s share of attention:

Will there be work tomorrow, the day after and next week? Freelancing is inherently unpredictable. Clients come and go. Steady sources of income vanish. For better or worse, freelancing illuminates the impermanence of everything.

A remedy is to balance uncertainty with certainty. Read Charles Duhigg’s fantastic book, The Power of Habit, and you’ll see that successful artists, entrepreneurs, writers, etc. are highly routinized. They rise, eat, work and play with structure. This ‘automation’ frees up capacity for tough creative work. As science journalist John Tierney has shown, we have only a “finite store of mental energy for exerting self-control.” Spend that finite store on things you can control.

The double-edged sword of freelancing is supporting work you love with tasks you hate. Unless you’re a freelance accountant (hats off to your patience), the only thing you probably like about accounting is getting paid. Ditto with lead management and scheduling – emailing back-and-forth is as gratifying as watching a mopey zoo lion pace to and fro in a cage.

To eliminate the costs of tedium, automate and minimize the tasks you yearn to avoid. What can technology take off your plate? If you invested in a remote assistant for four hours weekly, how many more hours and sanity points could you reclaim? Don’t expect pinpoint software to solve your problems. It makes more sense to have one or two apps that do 25 tasks instead of 10 apps that do two tasks each.

Working solo is lonely. No, talking on the phone isn’t ‘social’; no, emailing witty messages to your client crush won’t give you real community; no, I don’t care how important you are on reddit or Instagram. There is something about face-to-face, un-digitized ‘human time’ that is irreplaceable and often lacking in entrepreneurship.

Build community into your lifestyle as deliberately as you mold your business. Find your tribe. Join a co-working space or camp out in a coffee shop. Get involved with group exercise of some kind. Heck, just host regular dinners with friends and family. Isolation is binary – you won’t notice it until it’s tomahawking downhill. If home is your office, get out of there. Spending 23 hours a day in one building is punitive, not productive.

Is Your Boss a Jerk?

If you allow health, mental sanctity and relationships to crumble around your work, those skyscrapers will fall on top of everything you created at their expense. You are your most valuable business asset.

So be the coolest boss you have ever had! Look at all the areas of your business where you can abolish stressors. There is always a way to rescue time, joy and excitement from the quicksand. Freelancing can be everything you imagined once you cut the intangible costs. 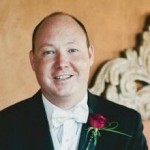 Serial entrepreneur Donovan Janus started his first company NTN Publishing in 1998, and started Exposure Manager in 2004. Still running today, Exposure Manager has 6,000 users including the Elvis Presley Foundation and Miss USA and Miss Universe pageants. Janus launched 17hats in October 2014 after a short 4 months in development. It currently has over 7,500 users and grows exponentially each month.

Is It Time So Start Your Own Business? 4 Expert Tips To Put You Ahead Of The Game

7 Ways Your Startup Can Make A Positive First Impression