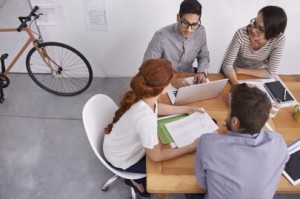 With so much competition even in micro-niche markets, startup firms have a lot of work to do. They have to make themselves stand out from their competitors and somehow gain the edge on them. Sure, there are millions of ways to do that, with many documented on the Internet.

But, how many of those methods actually work? It’s often hard to find proven strategies that turn startups into large, profitable corporations. That is, until today! The aim of this blog post is to show how any small startup can grow – even in a crowded niche. Want to know how? Keep reading to find out more with these seven killer tips!

One unfortunate trait of many startups is their diversity. They want to capture many different segments of their market. Sometimes, they may even try to sell to a plethora of niches! It’s a strategy that sometimes pays off for established groups of companies. But, it’s seldom one that works well for young businesses.

When you start a business, it’s best to be an expert in one area instead of a Jack of all trades. That way, you can create a scalable operation instead of one that is unsustainable.

2. Press releases are your friends.

When you want to launch something new, and it’s something notable, what should you do? Well, one thing’s for sure: distribute a press release on the subject!

The brilliant thing about press releases is they can get sent to journalists and media houses. You can achieve that goal by using the best release distribution service for your needs. After all; it’s one thing to create a press release. It’s another to enable people to find it.

I recommend hiring a freelance copywriter or journalist to write your press release. That way, you can make it get seen in the best light.

3. Try not to rely on third parties so much.

One of the things you need to become a successful startup is self-reliance. Yes, you’ll need to use some third-party services. But, if there’s a way of doing some things yourself, do that instead.

For instance, let’s say you run a Web-based software system. It makes sense to host it yourself or on a cloud platform than to use a conventional Web host. Why? Because if your host’s infrastructure goes down, you have no control over what happens.

If you self-host or use a cloud system, you can ensure near-100% uptime. That’s good for you, and good for business too. Plus, it also means less stress and headaches for you and your staff.

When you’re the “little guy” you have no chance in hell of stealing a large firm’s market share. Instead, what you need to do is align yourself as a startup that looks at their weaknesses. You can then address them and use that to your advantage.

Of course, it’s not unknown for those large companies to buy small startups that fix such issues. But, there’s no reason you can’t remain independent.

5. Having lots of small clients is better than one large customer.

Some startups are under the illusion that having just one large client on board is good enough. But, the reality is that anything could break that business relationship. Examples include corporate restructuring, insolvency or diminishing market demand.

It makes more sense to have several smaller clients. That way, you aren’t relying on a single entity for business. It’s a strategy that works well for any industry. Being exclusive might seem like a lucrative idea at the outset. In reality, the death knell for your business could sound at any time.

You might not think it, but gamblers and investors use a similar strategy. They call it “risk spreading.”

The unfortunate truth is that some startups hire people because they have great personalities. Or they may have the right business acumen. Still, that doesn’t mean they are the right people for their respective roles.

During the job hiring process, you need to ensure you only shortlist the right people. Don’t hire folks just because they excel in only one area. Get people on board that are the perfect fit for your startup.

7. Motivate your staff to grow your business.

Last, but not least, you need to encourage your staff to help you grow your startup. Give them something back as a reward for working their butts off for you. For instance, share options might be a good idea.

Whatever motivational ideas you use, make sure you stick to them. Your employees are your company’s most vital assets. Look after them, and you’ll never hear a bad word spoken about their work.