For all the bad press Uber seems to garner, it sure knows how to appeal to its constituents and harvest unrelenting support.

When Uber launched in Washington, D.C., in 2012, its first step was gauging the local market’s wants and needs. It appealed to the city’s suit-and-tie professionals by rolling out black sedan limos to replace shabby taxicabs. And unlike traditional taxi services, it elected to move across the state lines that the District of Columbia straddles, providing a one-stop shop for a ride home.

Clearly, Uber isn’t afraid to let its loyal fans define its success. But many small businesses still assume the investor dollars they’ve harvested — or their impressive bottom lines — speak to their accomplishments. Those things are important for any business, but what these companies fail to realize is that steadfast customer loyalty is the ultimate mark of eminence.

Companies like Uber couldn’t survive without customer loyalty. Wikipedia is another perfect example of this. Its customers find it indispensable to their lives; its host and supporter, the Wikimedia Foundation, merely sees it as a valuable commodity.

Yet many owners of growing businesses tend to fall back on their “solid” numbers.

“Over time, our society’s notion of success has been reduced to money and power,” said Arianna Huffington, editor-in-chief of the Huffington Post Media Group.

I can’t tell you how many conversations I’ve had with entrepreneurs that ended with them saying, “I want to get $10 million.” They throw out arbitrary numbers — why $10 million? Why not $2 million or $20 million?

Small business success metrics must be defined by more than numbers pulled from the sky. They should include metrics like customers acquired and time sustained, which allow for long-term cash flow and profitability (rather than a one-time cash influx).

People buy the ‘why’.

Entrepreneur Simon Sinek made the point in his TED Talk that customers don’t buy the “what”; they buy the “why.”

Joe Milam of AngelSpan interprets the point this way: “The reason for purchasing something is because the goals of the consumer align with those of the producer. Too many companies focus too much on the product and not enough on the mission.”

For instance, Tesla makes electric cars, but its “why” is more profound and engaging than that of other carmakers. Just read the mission statement on the company’s website: “Our goal when we created Tesla a decade ago was the same as it is today: to accelerate the advent of sustainable transport by bringing compelling mass-market electric cars to market as soon as possible.”

CEO Elon Musk isn’t worried about making money; he’s worried about changing the world. This proactive approach is what makes his brand so iconic and respected by customers.

The customer is always right.

Always determine your small business’s success rate by assessing what customers think of it. Ask yourself:

If enough people don’t see the value of integrating your product, it may be time to evaluate which services you can add to make customers appreciate you more. If your customers are returning consistently, ask yourself what you’re doing right and how you can build on that success.

When your customers deem your business successful, you know it’s true. It’s not that their word is law or that a positive brand perception will directly equate to a boost in profits. Instead, it’s a sign of the times. Assuming your small business is structured for growth, customer appreciation is the surest way toward positive cash flow and profitability in the long run. 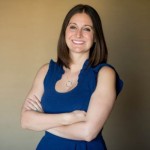