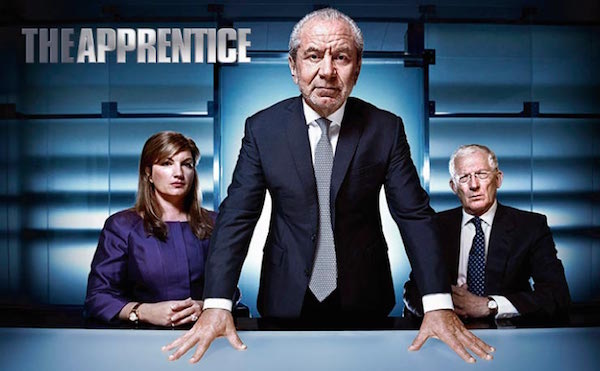 Millions of people around the world have tuned into The Apprentice during its decade-long run. As we’ve watched from behind our television screens, we have been inspired, motivated, entertained, and driven to want more for ourselves. We have witnessed these born entrepreneurs apply their skills to a myriad of situations, and many of us have wondered whether we have the capability to do the same.

It’s easy to forget that these are not just abstract figures. We have watched them for months at a time, yet when each series has terminated, only a select few have remained in the public consciousness: the winners, the extroverts, and the loudmouths, mainly. Yet many have gone on to enjoy real world success once the show has ended, so here is a rundown of the three greatest successes The Apprentice has ever spawned…

Many of us barely remember suave series one winner Tim Campbell, but the original apprentice has gone on to do great things. The former transport manager spent two years at Amstrad after his initial victory, before leaving and putting the skills he had acquired to good use. Since his 2007 departure, he has founded the Bright Ideas Trust for young entrepreneurs from disadvantaged backgrounds, become a social enterprise ambassador for the government, and London’s ambassador for training in enterprise. To top off these achievements, he was awarded an MBE in 2012, in recognition of his services to enterprise culture. Currently spending his days as a corporate speaker and TV presenter and reporter, this Apprentice victor is proof of just how far entrepreneurial talent can take you.

Series three contestant Katie Hopkins is an undeniably controversial figure, yet her success is incontestable. She has gone on to make vast amounts of money as one of the most hated public figures in Britain, and is a household name recognised across the country. Known for her vitriolic Twitter spats, provocative stint on Celebrity Big Brother, and multiple daytime television appearances, she is a figure that we all love to hate, and has racked up more column inches than any other Apprentice alumni to date. With estimated earnings of £2.6 million, she has inarguably put her 2007 television appearance to good use.

Lee McQueen is another winner who followed in the footsteps of Tim Campbell and took full advantage of his Apprentice experience. After phoning in sick on his first day in his new £100,000 job, he made up for lost time by turning the opportunity into an unqualified triumph. He would go on to become close friends with Lord Sugar’s son Simon, with whom he set up a successful digital media business. Not content to have this as the only string on his bow, he also founded recruitment company Raw Talent Academy, offering help to young people looking to begin careers in sales and recruitment – both profitable and altruistic.

With series eleven set to air this autumn, will any emerge who can match the successes of these three Apprentice greats?