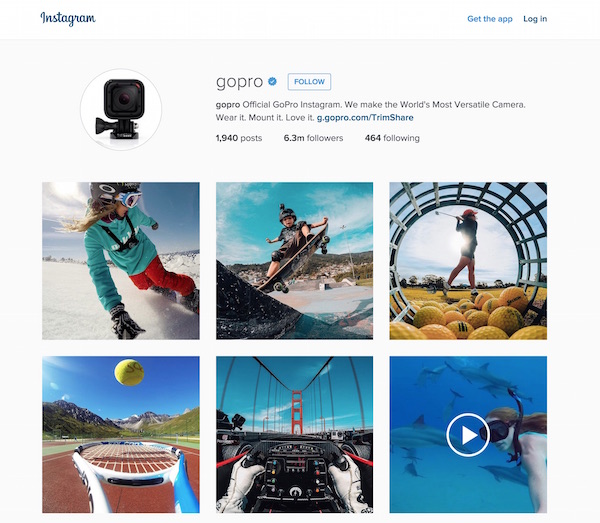 By now we surely all know that social media is a hugely useful tool when it comes to reaching the masses. A good campaign to get a message across costs just a fraction of old-fashioned billboard and TV advertising. Some of the biggest, most-followed companies on social feeds such as Instagram just happen to be the biggest brands around – the Nikes, Starbucks and Topshops of this world. But other names have worked their way to the front of consumer consciousness thanks to the power of Instagram alone.

The Swedish watch company has risen to prominence thanks to its clever ploy of giving free watches to influential fashion bloggers. Founder Filip Tysander prefers to use social media and word of mouth to promote his company, rather than pay for traditional advertising. One social media star, Blake Scott, has worked in partnership with Daniel Wellington for about a year, pushing images of the company’s elegant watches on his Instagram feed to some 320,000 followers. Scott says in an interview with Bloomberg that: “I first found out about Daniel Wellington via Instagram: Everyone outside the States was wearing one, and it seemed so cool.” Or you can find your own at the likes of Tic Watches.

The fitness nutrition company has had a meteoric rise to rise to extreme profitability thanks to its devotion to social media, and Instagram in particular. After a year of analysing various social media channels, it settled upon Instagram as the platform that would carry its message the furthest. With a heavy emphasis on results-led fitness training, boosted by its supplements, posts on Instagram have helped the company achieve 15 to 20 per cent growth, month on month, since 2013. “Even though we are not creating a platform, we are innovating it,” CEO Arvin Lal told Forbes.com.

Previously a brand almost exclusively known to extreme sports fans, the tiny, rugged camera manufacturer has burst into the mainstream these past couple of years courtesy of canny Instagram management. Its feed inspires GoPro owners with incredible images taken in the most dramatic places, showing what’s possible with the kit and encouraging them to contribute their own shots to the feed. That in turn engages potential customers. GoPro has almost created an entire sub-category of extreme photography.

With high-profile customers including Beyoncé and Kim Kardashian, the Australian swimwear brand is the classic bottom-to-top start-up, helped immeasurably by aspirational images posted to its Instagram feed. In the early days when a marketing budget was scarce, Instagram and a couple of bikinis sent to carefully targeted influencers helped start the groundswell.

This is an example of a well-known brand extending its reach and refining the way it speaks to customers with excellent Instagram strategy. As a maker and supplier of marker pens, a visual feed makes total sense – and getting users to contribute their own art a masterstroke of viral, big-brand marketing. It puts its fans at the centre of what it does.