By Larry Weidel, author of “Serial Winner: 5 Actions to Create Your Cycle of Success“

Itʼs easy to get the impression that the most successful people have been given some kind of advantage that the rest of us donʼt have — a special gift of physical, mental, or economic privilege that made their rise to greatness inevitable. This reinforces the often-unconscious belief that average people like you and me have a disadvantage that makes real, lasting success almost impossible. Thatʼs nonsense.

Depending on where you came from and the experiences of your family and friends, you may have been bombarded by any number of myths about why some people are continually successful and others are not. These ideas linger in your subconscious and influence your thought processes and your actions. They actually inhibit you and become self-fulfilling prophecies.

Iʼve had to break through these debilitating thought patterns in my life, and Iʼve helped many others to do the same in my work as a coach to leaders. Over the years, I found three common and debilitating myths:

The myth that successful people have it easy – that they are born with special talents and donʼt need to work hard is baloney. Simply having natural abilities is not enough. You have to develop your talents and put them to work for you. And that means that anyone who is willing to take action, persevere, and keep improving can enjoy unlimited success. As Calvin Coolidge once said, “Nothing in this world can take the place of persistence. Talent will not; nothing is more common than unsuccessful people with talent. Genius will not; unrewarded genius is almost a proverb. Education will not; the world is full of educated derelicts. Persistence and determination alone are omnipotent.”

Many people believe that kids from financially successful families are so well loved, well coached, and well cared for that the road to the top is paved for them in advance. They have no fear of the future. They step into adulthood ready for their roles as guaranteed winners.

But the real truth is that being from a well-off family is no guarantee of success. Parents can only drive you so far in life. Eventually you have to take the wheel. And while privileged children may get lots of attention, many times itʼs of the wrong kind, and they grow up with unrealistic expectations. Wealth in childhood can also breed an entitlement mentality, poor financial judgment, and an inability to connect fulfillment with contribution to the world. Why do you think Warren Buffett plans to give away 99 percent of his money before or after he dies? Whatever the circumstances, no family or upbringing can guarantee success.

Winners are successful because they graduate with important degrees from the best schools. Right? Supposedly their superior education allows them to think on a higher level, to strategize, and never run out of ideas. If problems arise, their network of mentors and friends can be called upon to deliver answers right away. Well, it just doesnʼt work that way. If youʼre feeling undereducated, it might be helpful to know how many people have done big things without a college degree, or even a high-school diploma in some cases. Hereʼs a short list: Bill Gates, Paul Allen, Ellen DeGeneres, Steve Jobs, Steve Wozniak, Annie Leibovitz, Walt Disney, Paula Deen, Richard Branson, Kelly Clarkson, Mark Zuckerberg, Glenn Beck, Cindy Crawford, Andrew Carnegie, Winston Churchill, Michael Dell, Ted Turner, and David Geffen, to name just a few. Most of these people are millionaires and quite a few are billionaires. And many are doing big, world-changing things with their money.

Henry David Thoreau said it well: “It is the greatest of all advantages to enjoy no advantage at all.” Rather than focusing on your weaknesses or making excuses for your lack of progress toward your goals, take action today. Because to win, you have to start where you are and with what you have right now. 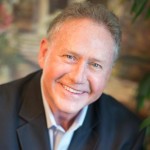 Larry Weidel is the author of “Serial Winner: 5 Actions to Create Your Cycle of Success“. He has spent the past 40 years building a national financial services organization and helping the people on his team achieve the success they want. He helped grow A.L. Williams into the financial services giant Primerica. Today, Larry holds weekly coaching calls for leaders across the United States and Canada. His videos, articles, and other resources on career success, leadership, and sales are widely popular.