Small business owners are vital to the American economy. They create jobs, increase innovation, and provide a personal experience for consumers. But recent fluctuations in the economy have caused many small business owners to struggle to stay afloat, shutting down some and disheartening many. Luckily, a recent survey conducted by Balboa Capital shows that the attitude of small business owners has taken a turn for the better.

Other survey results include:

Here’s a look at an infographic surrounding those numbers: 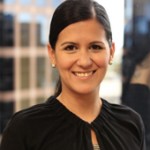 Carla Freberg leads the Vendor Services Group, which is composed of account executives, regional managers, franchise finance managers, program managers, and business development representatives. She is a graduate of Louisiana State University and has more than 12 years of professional experience in the equipment financing industry.