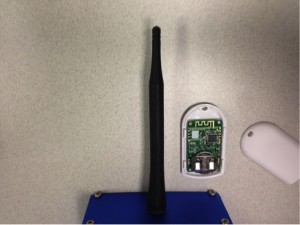 Influencing shoppers when they are close enough to respond is the key to any proximity marketing effort. The widespread excitement over beacon news announcements has marketers scrambling to climb on the bandwagon. Retailers get excited about new products and fail to balance enthusiasm with the knowledge required to handle the many shortcomings. Because the beacon approach to proximity marketing has so many moving parts, awareness of the inherent problems is essential to prevent massive disappointment.

The Failure of the App.

Beacons depend on apps to function. Without apps, beacons basically “chirp in the dark” transmitting a simple meaningless code. When an app encounters a beacon’s chirp, the app will perform a pre-programmed function, such as displaying an ad on a smartphone screen. The solution sounds simple, but the app is becoming one of the many reasons why beacons are not working in retail.

As far back as January 2014, marketing consultant Rich Meyer noted that 75% of mobile apps are deleted within 3 weeks of being downloaded. The latest research from Catalyst shows that the rate of app usage on smartphones dropped —26% in 2015, and monthly downloads of apps cratered —52% while the rate of apps being purged jumped by +29%.

At this point, 46% of apps get punted to the trash, making apps the key stumbling block—you either use a generic app that does not create a custom experience and risk getting deleted quickly, or invest on developing and maintaining customized apps for iOS, Android, and Windows that will keep shoppers from deleting it. For the world market, the variety of languages the app must support also increases the complexity and cost. Every operation that has tried beacons failed to consider the investment for ongoing app development and maintenance of several app versions and languages.

Failure of the Beacon.

Fortunately beacon tags are cheap, so their failures make each beacon a disposable commodity. The Brooklyn Museum recounted its list of beacon woes, noting that once a beacon is lost or damaged, it is difficult to determine its identifier and reprogram the app to recognize the replacement beacon, creating more shopper confusion and misdirection.

Beacons are indoor devices, so they are limited to interacting with shoppers already in the store—they do not attract passersby, so don’t make the mistake of mounting a beacon outdoors. Due to its construction, ensure that your beacons are not mounted anywhere near heat, cold, moisture, electrical fields, mechanical moving objects or behind concrete, metal, or heavy wall materials. Its plastic casing is not able to withstand much abuse. Also, since the beacon tag is not really built to withstand climates in different parts of the world, their lifespan will suffer from the heat in the Middle East to the moist and salty air in coastal Ireland for example.

The retailer that deploys beacons must not fall into a state of comfort. There is no way for the retailer to discover that the tiny coin cell has lost its charge or the circuit has failed, so constant monitoring is required. To advertise to your shoppers that you offer deals through their smartphones and failing to deliver is too great a risk that can seriously degrade your customer’s trust. Ensure that you have a process in place to monitor beacon installations, or the system can fall apart quickly.

The Brooklyn Museum also discovered that the claims of beacon range and accuracy were rather enthusiastic. Staffers could be standing right next to one beacon and still get a stronger signal from another beacon across the room.

The antenna inside the beacon tag is about one inch long. Since it is just a tiny copper trace printed on the circuit board, it can also be rather directional. If beacons had real, external antennae, the range would be much more predictable and powerful, but that would require an antenna about 6 times the length of the beacon tag itself, and the whip antenna would cost as much as the whole beacon.

Plan on having your app developer “tweak” the app coding to overcome the interference problems and hopefully resolve the beacon most likely to be near where the user is standing. Note that the concept that beacons can be used to precisely locate shoppers within the store (position based) is very difficult, so don’t develop marketing campaigns that are anything more than nearness or “proximity based”.

The most difficult and costly part of getting your shoppers to engage with your beacon campaign is letting them know you have beacons installed before they come to the store. But how do you get people to download and install the correct app on their mobile device? Businesses will need to rely on old methods of advertising like newspaper, radio, flyers, signage, or any other means to convince users to get the app in place before venturing out to shop. I suspect that 99% of shoppers do not have the correct app on their first visit to each store, which in itself degrades the possibility of repeat visits. Essentially, you need to catch shoppers at home and convince them to download the correct app before going shopping.

For any beacon to have value, it needs several applications that will recognize your beacons’ specific code, and in different languages and versions for iOS, Android, Blackberry and any other targeted devices. Also, this unique “app” needs to be present on the smartphone or tablet before it is within range of a beacon or shoppers will be waist deep in your beacons and not know it. 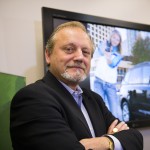 Alex Romanov has been iSIGN Media’s Chief Executive Officer since November 2007 and has successfully restructured the company, positioning it for rapid growth worldwide.

No Whining And 6 Other Career Rules For Young Professionals